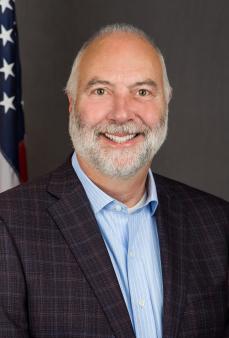 Originally from Omaha, in 2001 Bob and his wife and their two sons moved to Boulder from London, where Bob had been serving as president of the European operations of Level 3 Communications, a Fortune 500 company. When he retired from Level 3 in 2011, Bob immersed himself in service to his new hometown of Boulder, volunteering with more than a dozen civic and nonprofit organizations, including serving as chairman of the city's Parks and Recreation Advisory Board, treasurer of the Colorado Chautauqua Association, and secretary of the Dairy Arts Center. One of Bob's proudest accomplishments was serving for four years as president of the Boulder History Museum, leading the 75-year-old organization in its transition to the Museum of Boulder, with the construction of a new museum downtown showcasing Boulder's history of innovation.

On the Boulder City Council, Bob is focused on increasing access to affordable housing, economic vitality, and ensuring government accountability and transparency. Bob serves on the city council's Financial Strategy, Community Engagement, and Charter & Elections committees. He is one of the city's representatives to the National League of Cities and is the council liaison to the Boulder Convention and Visitors Bureau and to Boulder-Dushanbe and Boulder-Nablus sister city committees. Committed to government transparency, since 2016 Bob has published a monthly newsletter about the city and the community, the Boulder Bulletin, to which 7,000 Boulder residents subscribe.

In parallel with his service on the city council, Bob continues to be active in civic and nonprofit organizations, including serving as chairman of the board of nonprofit Downtown Boulder Community Initiatives, which presents dozens of events and programs in downtown Boulder, with an emphasis on inclusivity. In 2019, Bob and his wife, Katy, launched Rainbows Over Pearl, an initiative to ensure that LGBTQ people feel welcome downtown. A long-time volunteer with the University of Colorado's Conference on World Affairs, Bob also volunteers with the Columbia Cemetery Conservation Corps, righting and repairing headstones in Boulder's historic pioneer cemetery and portraying 19th century Boulder leader Andrew Macky in the biennial Meet the Spirits celebration. Bob loves reading ​to kindergartners as a volunteer in the YWCA's Reading to End Racism program. He juggles and he plays guitar.

During their nearly 40-year marriage, Bob and his wife, Katy, have visited all 50 states and more than 50 countries. They have two grown sons living in Brooklyn.

As part of the city’s commitment to advancing racial equity, councilmember Yates has attended the Advancing Racial Equity: Role of Government and Bias and Microaggression Trainings.