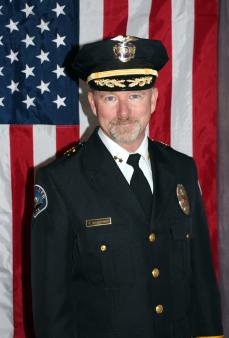 Deputy Chief Weinheimer started with the Boulder Police Department in 1990 after working as a deputy for the Boulder County Sheriff’s Department and as an officer with the Vail Police Department. He worked as a patrol officer and detective and was promoted to sergeant in 1998. As a sergeant, Weinheimer served as a patrol sergeant, detective sergeant and also supervised the Community Services Unit. He was promoted to commander in 2009. As a commander, he oversaw Patrol Watch I, Community Services, the School Resource Officers, the Animal Protection Unit, the Code Enforcement Unit and Traffic & Special Events. He was promoted to the rank of deputy chief in 2014.

Deputy Chief Weinheimer is a graduate of the 269th session of the FBI National Academy. He graduated from the University of Colorado at Boulder with a bachelor's degree in Business Administration.