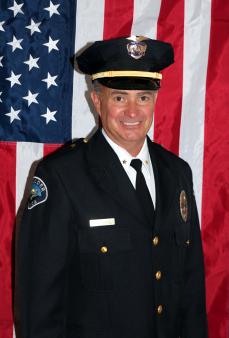 Commander Jack Walker is currently responsible for overseeing Patrol Watch 1, the Traffic Unit, and the Neighborhood Policing program. He also oversees the Homeless Outreach and Unsanctioned Camping teams. Commander Walker has been with the Boulder Police Department since 1990, working as a patrol officer on Watch I and Watch III, as a traffic officer and in the Detectives Section.

Commander Walker was promoted to sergeant in 2005, and to commander in 2013.

Before coming to Boulder, Commander Walker spent several years with the U.S. Army Military Police Corps, receiving an honorable discharge in 1989. He was born and raised in Denver, CO, and received his Bachelor of Science in Business/Management of Human Resources from Colorado Christian University.