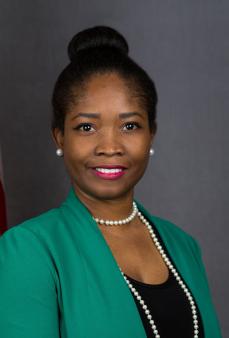 Junie was born in Port-au-Prince, Haiti, and moved to the United States at the age of 14 years old. She has five younger brothers between the ages of 16 to 25. Her mother and brothers reside in Florida.

Junie has a passion for human and civil rights. Over the past four years, Junie has worked in the human rights and development field where she offered her expertise on transitional justice issues in South Africa while working for a non-governmental organization as part of an academic research placement. She supported the mandate of the United Nations as an intern by providing both research and organizational assistance to the Office of the High Commissioner for Human Rights in Geneva. She has also served as a global law and development fellow on a USAID project in Côte D’Ivoire, West Africa, promoting the rights of persons with disabilities to access the Ivorian Judicial system. Most recently, she worked as a Human Rights Officer within the United Nations Mission to the Central African Republic, serving internally displaced persons in the region of Bria. After returning from the Central African Republic, Junie moved to Colorado to study law. She holds a Juris Doctorate degree from Colorado Law.

Junie is an avid learner, who devotes much of her time in learning about various cultures. She also enjoys traveling and has visited approximately 25 countries. On Council, Junie intends to continue the legacy of her campaign on advocating for socio-economic diversity and political inclusion for all Boulder community members.

As part of the city’s commitment to advancing racial equity, council member Joseph has attended the Advancing Racial Equity: Role of Government and Bias and Microaggression Trainings.