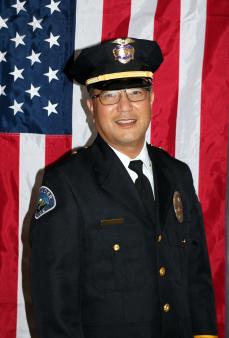 Commander Kerry Yamaguchi is in charge of Watch 2 of Patrol. Commander Yamaguchi has worked for the Boulder Police Department since 1991. Promoted to sergeant in 1998, he worked a variety of assignments including Patrol, Narcotics (Boulder County Drug Task Force), Detectives (Major Crimes Unit) and the Professional Standards Unit. He was promoted to Commander in December of 2014.

Commander Yamaguchi is a Colorado native and a graduate of CU Boulder with a BA in Mathematics.