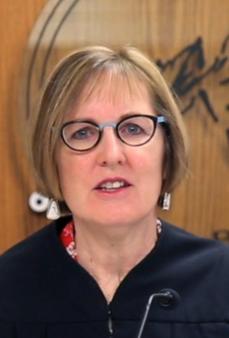 Linda Cooke was appointed to be the Presiding Judge for the Boulder Municipal Court effective Aug. 4, 2002. She had been an associate judge at the Court since June 2001, and also practiced appellate law part-time.

Linda worked for the Colorado State Public Defender for nine years, including a five-year term in the Boulder office. She subsequently administered many of Boulder County's juvenile justice programs, developing and honing the administrative skills she brought with her to the Court.

Linda has been active in the community since graduating from law school. She served on the City of Boulder's Children's Services Advisory Board, the Boulder Bar Association's Board of Directors, and other law- and youth-related committees. She has been a Big Sister, a tutor for the Colorado Alliance for Science, and is active at her children's schools.

Linda and her husband live in the Boulder area and have two children. She enjoys cooking, hiking, and camping.