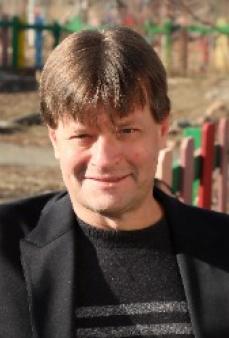 Sam Weaver is President, CEO and co-founder of Cool Energy, Inc., a power conversion equipment company located in Boulder. Cool Energy is committed to sustainable practices and is a certified benefit corporation (B-corp). The main applications of Cool Energy’s products are waste heat recovery and biomass power, and the scale of the equipment is designed for on-site and remote power generation.

Sam also sits on the Board of Directors of Proton Power, Inc, a biomass power and fuels company. He is a member of Boulder City Council and until late 2013 served on the City of Boulder Planning Board, the City of Boulder-Xcel Working Group and the Board of Clean Energy Action. Sam is actively involved in the Colorado technology and business communities, having previously co-founded one other Colorado-based company, Colorado Photonics.

Prior to his time as an entrepreneur and involvement in startup businesses, Sam was employed for 10 years as a professional researcher in the electrical engineering department at the University of Colorado Boulder. Sam has previously served his community as a volunteer firefighter for 15 years, including one term as chief, and has been active in Boulder County Democratic Party get-out-the-vote efforts since 1994.

He holds a B.S. from the California Institute of Technology, and is an inventor named on 30 issued U.S. patents. Sam has previously served on the Boards of the Colorado Solar Energy Industries Association and the Colorado Clean Energy Development Authority. Sam has held prior professional positions with the University of Colorado at Boulder, Network Photonics, In Phase Technologies and dBm Optics.