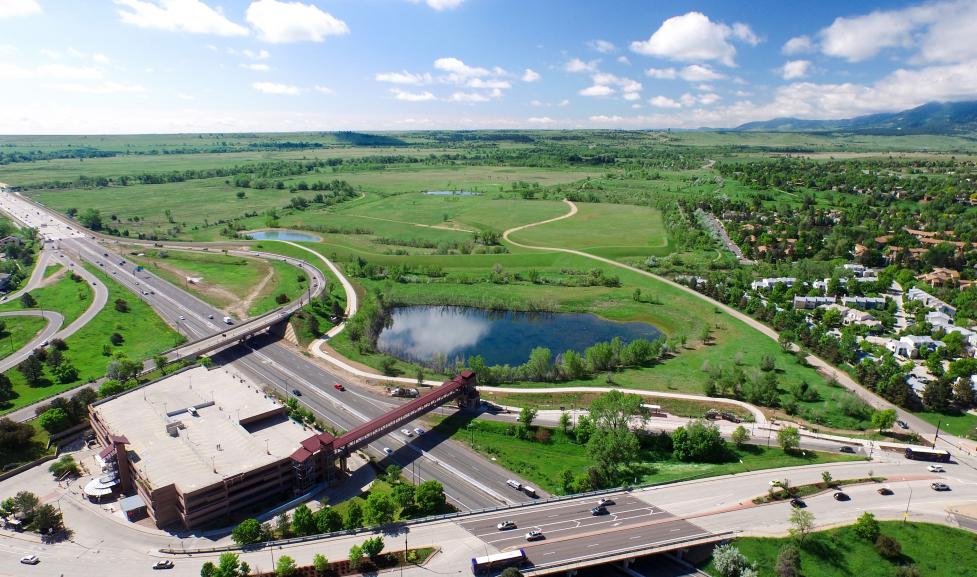 The South Boulder Creek Flood Mitigation project is part of the City of Boulder's efforts to minimize the damaging effects of a major flood. Along with the University of Colorado-Boulder, Open Space and Mountain Parks, the Mile High Flood District and Colorado Department of Transportation (CDOT), the project team has worked to identify the best flood mitigation option. 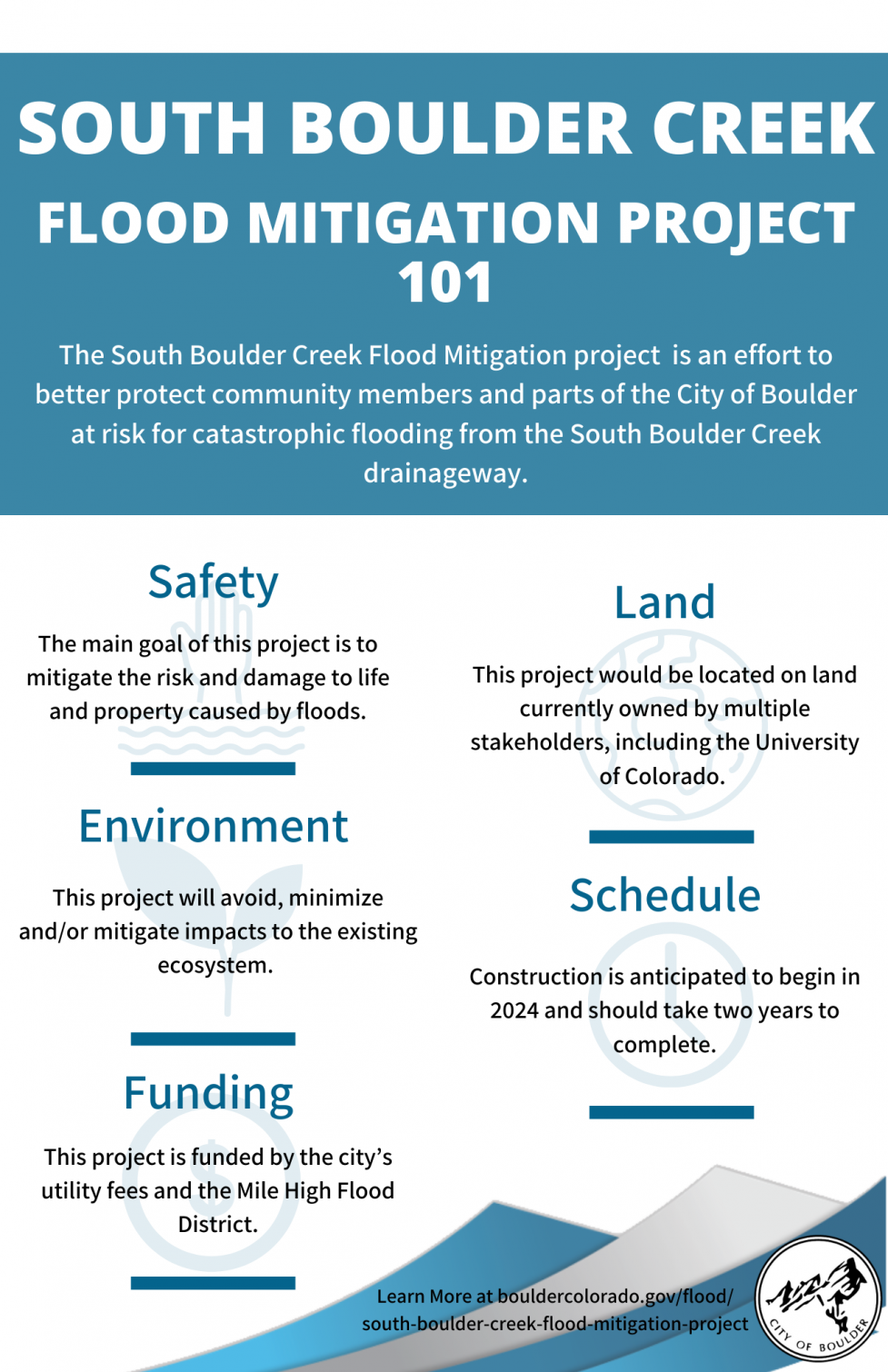 There are an estimated 600 structures and 3,500 people in the South Boulder Creek floodplain within city limits. Flood mitigation studies have looked at several locations along the creek and through extensive public feedback and analysis, found the best location for stormwater detention was near US-36 on property owned by the University of Colorado-Boulder.

The purpose of flood mitigation, or lessening the damaging effects of a flood, is to provide protection for community members and major utilities and transportation infrastructure including US-36 and Foothills Parkway, while being the least impactful to open space. Since City Council approved the plan in 2015, city staff has been working collaboratively with CU-Boulder and the Colorado Department of Transportation (CDOT) in developing flood mitigation options for the area.

On April 19, staff presented a project overview and update to City Council.

On Feb. 2, 2021 City Council reaffirmed their June 2020 decision to proceed with preliminary design of the 100-year (Variant 1, 100-year) flood mitigation project. The proposed flood project will reduce the effects of catastrophic flooding in portions of southeast Boulder for storms up to and including 100-year events. 100-year events are events that have a 1% chance of occurring in any given year.

At the request of City Council, city staff analyzed the performance of the 100-yr project as compared to an upstream alternative in the areas of flood mitigation effectiveness, cost and environmental impacts. The analysis concluded that although an upstream alternative could be feasible, it would be significantly more expensive and would result in greater overall environmental impacts, including substantial engineered structures on OSMP lands. Watch City Council's discussion beginning at 3:08:20.

The consulting firm, Lynker Technologies, has completed a report on the state of climate science to inform the flood mitigation design process. View the report.

The South Boulder Creek Flood Mitigation project is applying the city’s Engagement Strategic Framework. Extensive community feedback was provided during the assessment and selection of project concept alternatives through the South Boulder Creek Master Plan process and Phase I concept development phase to inform City Council decisions on the project. Staff plans to provide regular updates to inform the public, WRAB, OSBT, and Council as the project progresses through preliminary design.

Collaboration with University of Colorado - Boulder: For some time, the city has been working with CU-Boulder to find a flood mitigation plan that will work best for everyone. For more information about annexation view the CU South Annexation project webpage.