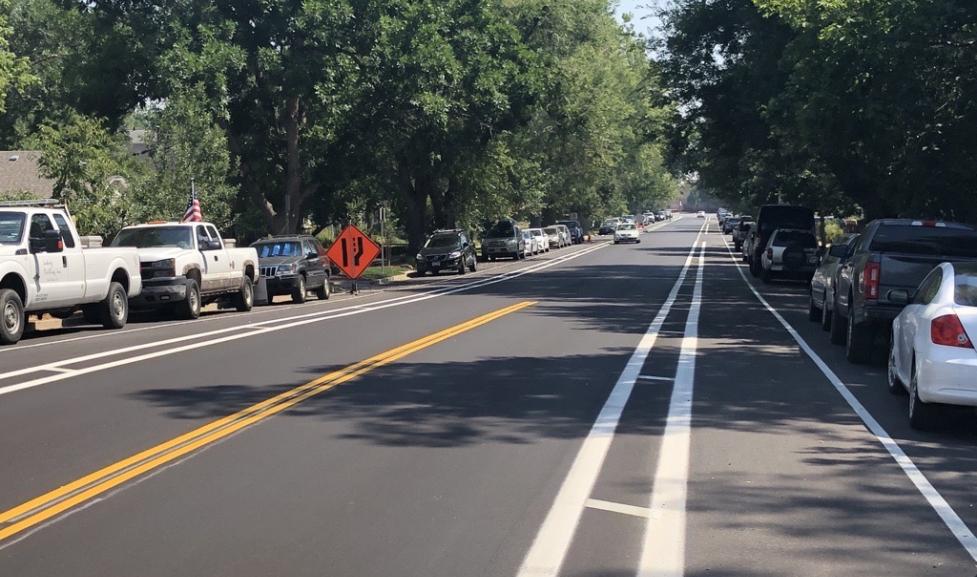 In 2021, in conjunction with annual street resurfacing work, the city is planning Vision Zero-Pavement Management Program Initiative improvements at the below locations. Please note that both of these projects do not require any removal of on-street parking.

The city will be installing:

Resurfacing and striping upgrades on Folsom were completed in mid-August. Until the new curb treatment is installed, staff has returned the delineators to their original locations to ensure the facility’s existing level of protection remains present.

A pause is necessary between resurfacing and installation of the cast-in-place curb to allow time for the new asphalt to set and given the limited availability of local concrete contractors and complex nature of the curb design.

This location was identified for a vertically separated bike facility due to its 30 mph speed limit and higher average daily traffic.

The buffered bike lane will help eastbound bicyclists position themselves in a dedicated area at the front of the intersection, increasing their visibility. 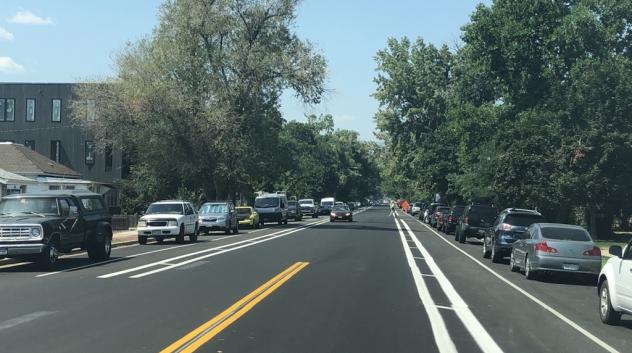 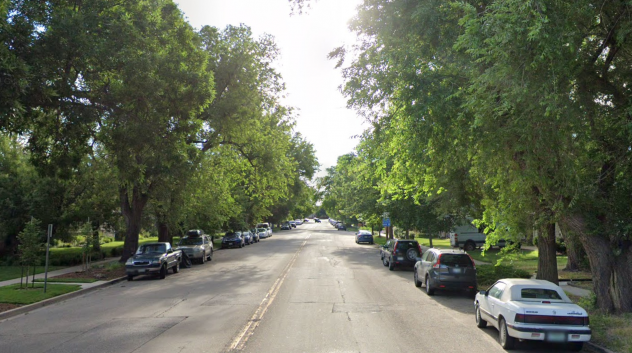 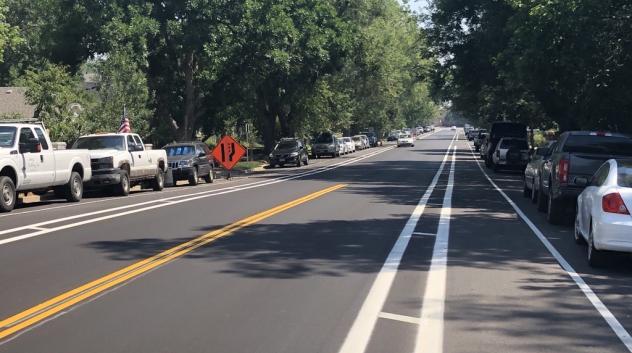 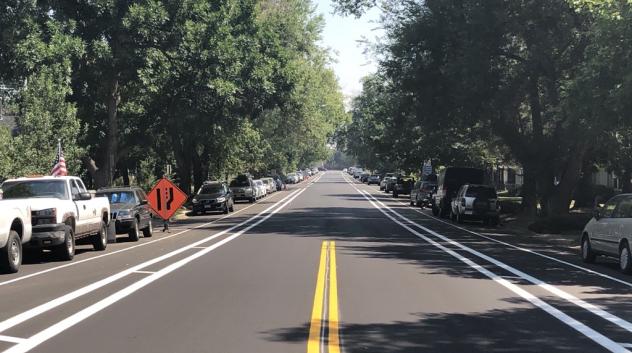 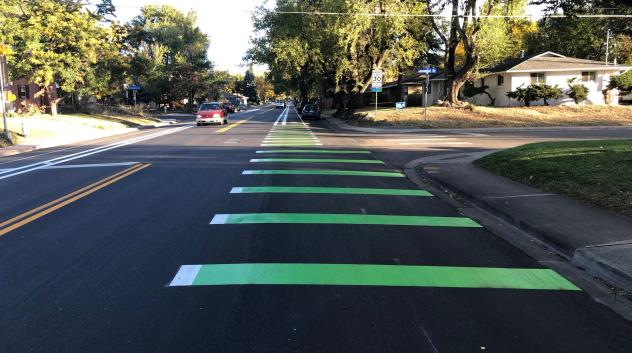 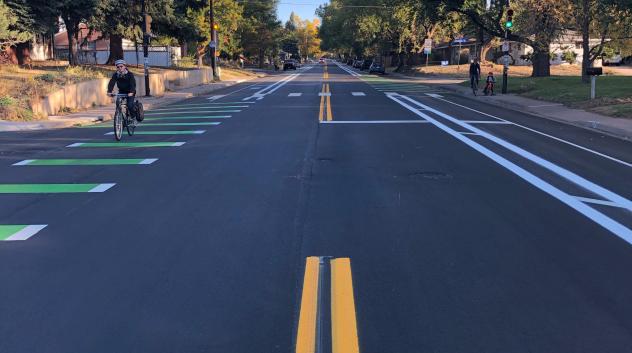 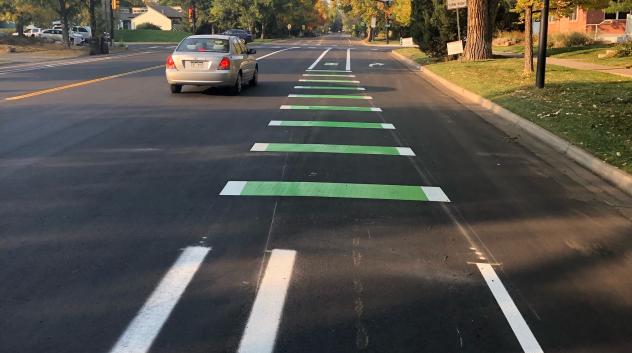 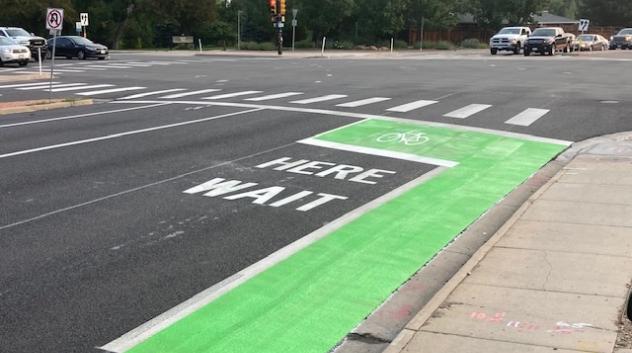 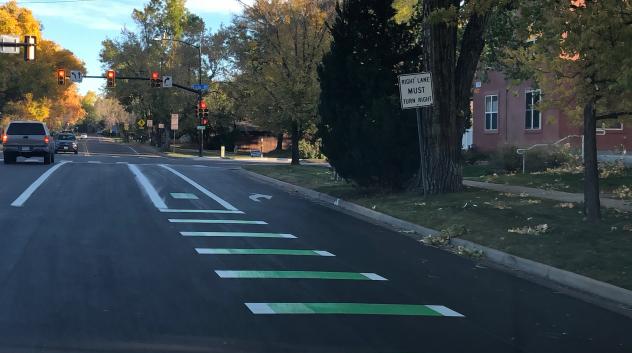 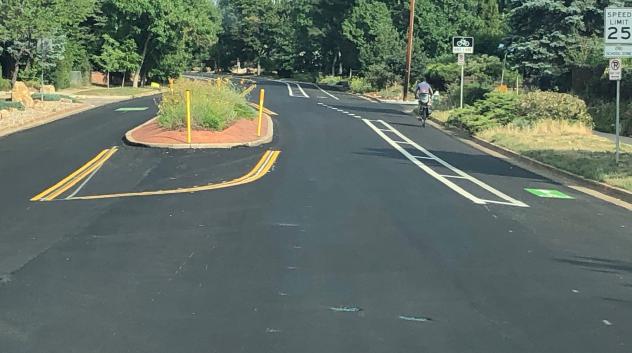 In 2020, the city paired Vision Zero improvements with annual pavement resurfacing at these locations:

Pine Street
On Pine Street, a new buffered bike lane – or a bike lane with a buffer space between the bicycle lane and the drive lane – was installed between Folsom and 28th streets. Along with the new bike lane, the speed limit on this stretch of Pine Street has been lowered from 30 mph to 25 mph.

The yellow painted centerline stripe between the intersections of Folsom and 28th was removed so Transportation & Mobility Department staff can conduct a case study to evaluate the correlation between centerline striping and vehicle speeds. *2021 update* in August, staff placed the double yellow centerline back and will be doing another round of data collection soon. Staff will then determine in 2022 whether to keep or remove it.

Table Mesa Drive
A number of bicycle safety improvements were made across the Table Mesa corridor, in addition to the pavement resurfacing work. These included adding and widening bike lanes and installing a painted "bike box" at Broadway to assist with safe turning movements.

Folsom Street
The city installed green bike lane striping at intersections to improve visibility added a buffer between the existing drive lanes and bike lanes, and reduced the speed limit from 30 mph to 25 mph.

All three streets were identified for multimodal safety improvements in Boulder’s Low-Stress Walk and Bike Network Plan, which charts a course for enhancing existing facilities and filling in missing links in Boulder’s bicycle and pedestrian transportation network.