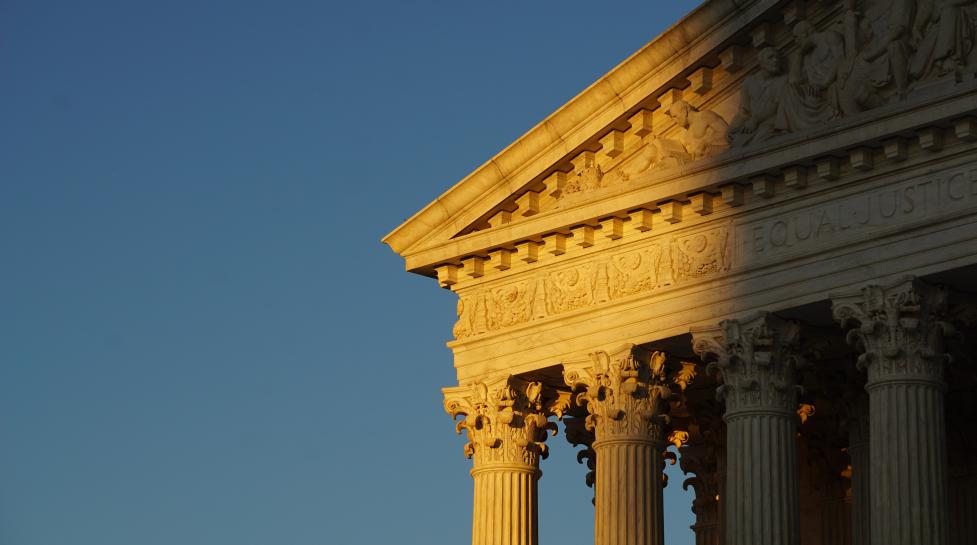 The Court’s six-to-three ruling in West Virginia v. EPA directly and negatively hurts communities across Colorado and the nation. The decision endangers the country’s ability to confront the climate crisis at the pace and scale science says is necessary. In removing the EPA’s ability to regulate carbon pollution, the court has hampered the federal government’s ability to mitigate the already-catastrophic human and financial costs of climate change. The decision carries far-reaching implications for the U.S. economy and the American public.

The court’s decision weakens critical protections for clean air and climate. The ruling dramatically rolls back the EPA’s ability to adopt effective air quality protections, overturning the agency’s long-standing responsibility for fully implementing the Clean Air Act. It also contradicts the overwhelming scientific consensus that excess greenhouse gas emissions are causing climate change. Even though Colorado is on a path to close its coal plants by no later than 2031, the climate crisis is a global problem and Colorado will continue to feel these negative impacts.

“Only six months ago, Boulder County experienced the devastating effects of the climate crisis when the Marshall Fire destroyed large parts of our community,” said Boulder County Commissioner Matt Jones. “With the Supreme Court’s decision to prevent the EPA from using the Clean Air Act to protect our environment, it’s more important than ever that the EPA consider using the Toxic Substances Control Act to phase out greenhouse gases.”

“The City of Boulder is deeply disappointed by this ruling,” said Boulder Mayor Aaron Brockett. “This is no doubt a setback for our climate, but it will not deter the city from continuing to advocate on all fronts – local, state and federal – for policies that will stabilize our climate and protect our communities. While we've made great progress at the local and state level, a strong federal response to the climate crisis is desperately needed – not just for our residents, but for the entire planet.”

“It is disheartening to read the Supreme Court’s decision today,” said Broomfield Mayor, Guyleen Castriotta. “This is another major step backward for the nation and world in the midst of realizing the devastating effects of global warming. The fight will continue in earnest to drive policies that are consistent with the science."

The City of Boulder has been engaged in litigation related to this matter for several years. In 2015, Boulder joined a coalition 18 states and cities in defense of the Clean Power Plan and against proposed implementation of the Trump Administration’s Affordable Clean Energy (ACE) Rule. In January 2022, Boulder joined a coalition of 30 states and local governments in submitting a brief to the U.S. Supreme Court in this case, providing a strong legal defense of the ability of EPA and states to set meaningful limits on climate change pollution from power plants under the Clean Air Act.

Boulder County residents are experiencing the impacts of the climate crisis in the form of high heat days, extreme weather, drought, poor air quality and devastating wildfires. As a global leader in climate action, Boulder County is committed to the radical transformation needed to meet this challenge. Through programs and policies that foster innovation, coalition-building, and equitable outcomes, Boulder County is cutting emissions, removing carbon dioxide from the atmosphere and supporting systemic change to fight the climate crisis.

At the City and County of Broomfield, environmental sustainability is a focal point of long-term social, economic, and environmental health. Our goal is to create a community that meets resident goals for energy, water conservation, local food and agriculture, business sustainability and multi-modal transportation.

In 2018, Boulder County, San Miguel County, and the City of Boulder filed a lawsuit against two oil companies that bear significant responsibility for climate change. The communities are demanding that Suncor and ExxonMobil pay their fair share of the costs associated with climate change impacts on local governments so that the costs do not fall disproportionally on taxpayers.

Boulder County, City of Boulder, and City and County of Broomfield are members of Colorado Communities for Climate Action, which also expressed frustration and deep concern about the Supreme Court’s ruling.