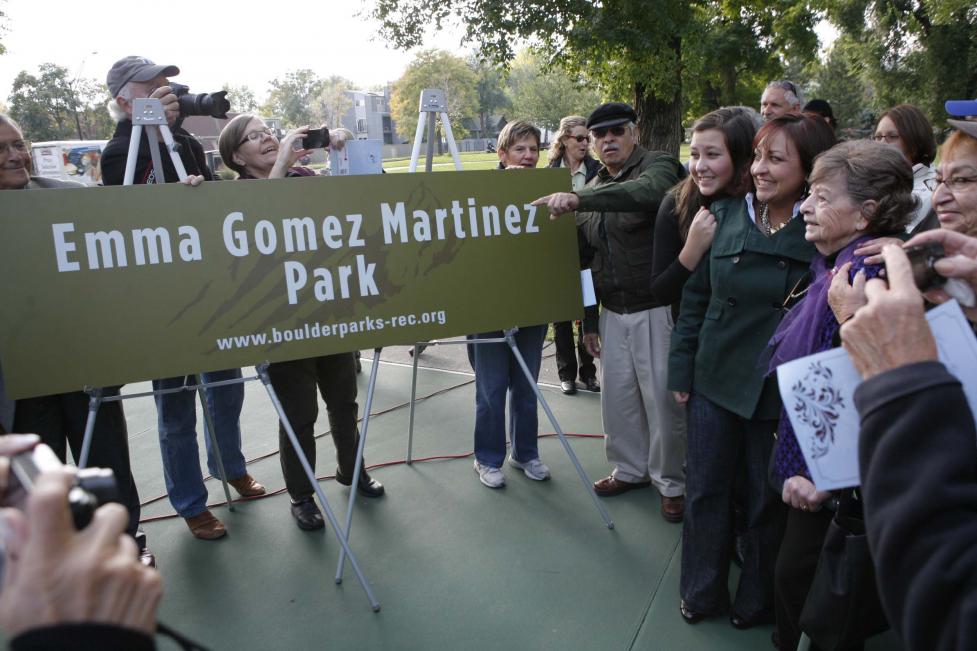 This project began in Summer 2020 as public interest and concern for addressing inequity and systemic racism grew across the country. This project takes a particular interest in place names and their impacts. Place names mark and define our landscapes, neighborhoods, and communities. They create a certain understanding of place. Place names are created with intention - be it recognizing a significant person, reflecting local geographic or geological markers, or highlighting the region’s flora and fauna. Some place names have defined landscapes as inclusive or exclusive, especially as it comes to those places named for people and families.

Across the county and in our own state, agencies are evaluating place names against a modern understanding of systemic racism.

Consider the Stapleton neighborhood in nearby Denver. This neighborhood was originally named for former Denver mayor and Klansman Benjamin Stapleton. Since its naming, the name has served as a marker of exclusion for Denver’s African American community. In 2020, with growing concerns about diversity and inclusion and in the context of recent events, the neighborhood changed its name to Central Park. Similar discussions are being had by the State of Colorado over other prominent Colorado place names, like Mount Evans.

With these local and national contexts in mind, the Boulder Parks and Recreation Department approached the History Department at the University of Colorado, Boulder to assess the names of their 82 city parks. City staff wanted to know what stories the park names were celebrating, what stories might be missing and how the park names reflect the community and its values today.

Of these 82 parks, it was found that 29 took their names from individuals or families (over 35% of the total). The remaining parks are named for streets or neighborhoods (26 parks), nearby landforms (7 parks), flora and fauna (3 parks), and other things like programs, businesses, schools, and organizations.

This project focused on parks named for individuals and families. It also includes some of the more interesting park names like Keewaydin Meadows and Arapahoe Ridge Parks and parks named for organizations like Elks Park. Together, the histories of these parks and their names detail the development of Boulder and showcase the involvement of these individuals, families, and organizations. They highlight the history of the region through agriculture, education, and mining. They show the deep and rich history of a city and its peoples, all through something as simple as park names.

This project uses the official park names for each of these parks, yet place names can sometimes be deeply personal. For some, a park may be known colloquially as the “spaceship park” or “spin park”, reflecting playground equipment. While they hold significant personal affiliations, these park names are hard to quantify. These names are noted only on one’s own mental map. The names presented here are used on official maps, reflecting the community. This project seeks to present these histories alongside their names.

The city is deeply grateful for the scholarship and partnership of the staff and students at CU Boulder's History department - they have helped us tell the stories of Boulder's park names.

Below is a table outlining the project process. For more information on this project and the City of Boulder's naming policies, see the June 2021 memo to the Parks and Recreation Advisory Board (starts on page 65).

Photo of what is now East Mapleton Ballfields. Prior to the 1970s, the site was used for rodeos.

Want to learn more about the history of parks in Boulder? Here are some key databases and sources used in this project that you can explore:

Other sources of interest:

For questions and comments, please email Charlotte O'Donnell at odonnellc@bouldercolorado.gov.