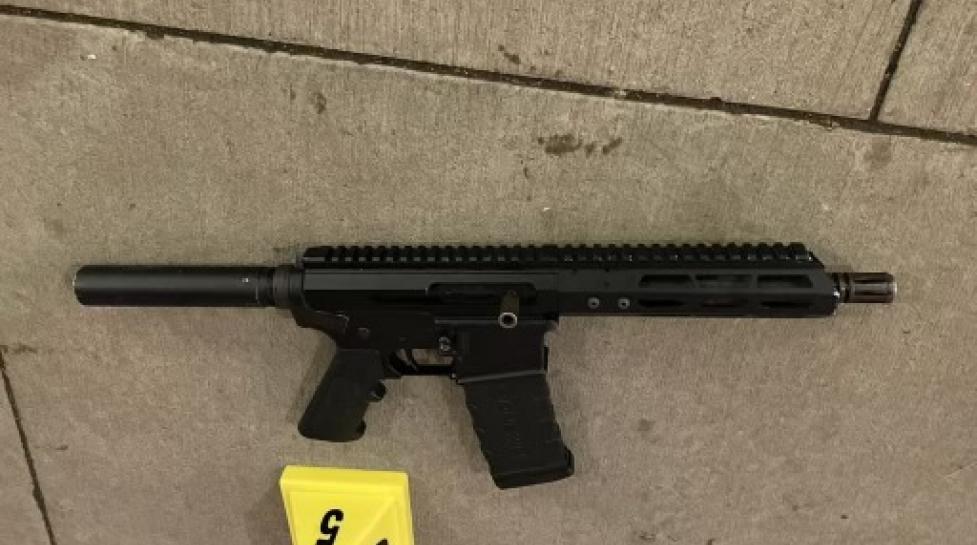 BOULDER, Colo. – The Boulder Police Department is investigating a shooting that occurred early this morning in the University Hill neighborhood between individuals and officers.

At approximately 1:27 a.m., officers were on foot near the 1200 block of Pennsylvania Avenue for another call when they received a report about a disturbance with guns nearby. As they rounded the corner, they encountered armed individuals who were actively shooting. One officer discharged his weapon during the interaction with the suspects. During the incident, one adult male was shot in the arm and taken to the hospital with non-life-threatening injuries.

No officers were injured.

Other individuals ran from the area and officers are following up on several leads to find them. Further investigation shows that at least three different types of firearms were involved. The image below shows one of the firearms recovered from the scene.

At this time, detectives do not believe the felony menacing, which occurred in the 1100 block of University Avenue at 2:02 a.m., is related.

Detectives are aware of some video of the incident uploaded to social media and ask anyone with any information to call Detective Cantu at 303-441-4328 reference case 22-09880. Community members can upload video and photos to: https://bouldercopd.evidence.com/axon/citizen/public/universityhillshooting

The Critical Incident Response Team has been activated to investigate the officer-involved shooting. Per Boulder Police policy, the officer has been placed on paid, administrative leave.

Road closures around the 1200 block of Pennsylvania are expected for much of the day while the scene is investigated. Please avoid the area if possible.