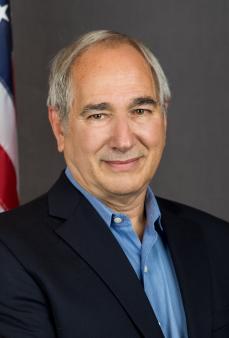 Mark Wallach first came to Boulder 40 years ago as a young rock climber. It was then that he came to appreciate the unique qualities of the city; a place of extraordinary physical beauty and engaged, passionate people.

Mark has a long history of participation in politics and public affairs. Back in the day, he conducted voter registration drives as part of his opposition to the Vietnam War and later did the same in support of Charles Evers (brother of slain civil rights leader Medgar Evers), a candidate for Governor in Mississippi. Mark also worked as a speechwriter for U.S. Senator Bill Bradley and other political candidates.

In his professional career, Mark was a corporate and real estate attorney and ultimately became a real estate developer in New York City. His activities as a developer emphasized the repurposing of old commercial buildings into modern residences, generally in landmark districts. His work focused on bringing life back to old structures that would otherwise have been demolished.

Prior to running for city council, Mark served on the advisory committee to the City Council on development-related impact fees; such fees are used to mitigate the impact on Boulder's infrastructure and housing needs arising from new commercial development. Such impact fees were subsequently raised in order to provide additional resources for affordable housing.

Mark is committed to the concept of careful, measured growth, the creation of housing that is accessible to all income levels, and the protection of Boulder's unique open space.

Mark's educational background consists of an undergraduate degree from Yale University and a law degree from Columbia University.

In a great stroke of good fortune, Mark met his wife, Joan, in 1986 and they were married in 1997 (some things can't be rushed). He and Joan happily reside in the lower Chautauqua neighborhood of Boulder.

As part of the city’s commitment to advancing racial equity, councilmember Wallach has attended the Advancing Racial Equity: Role of Government and Bias and Microaggression Trainings.