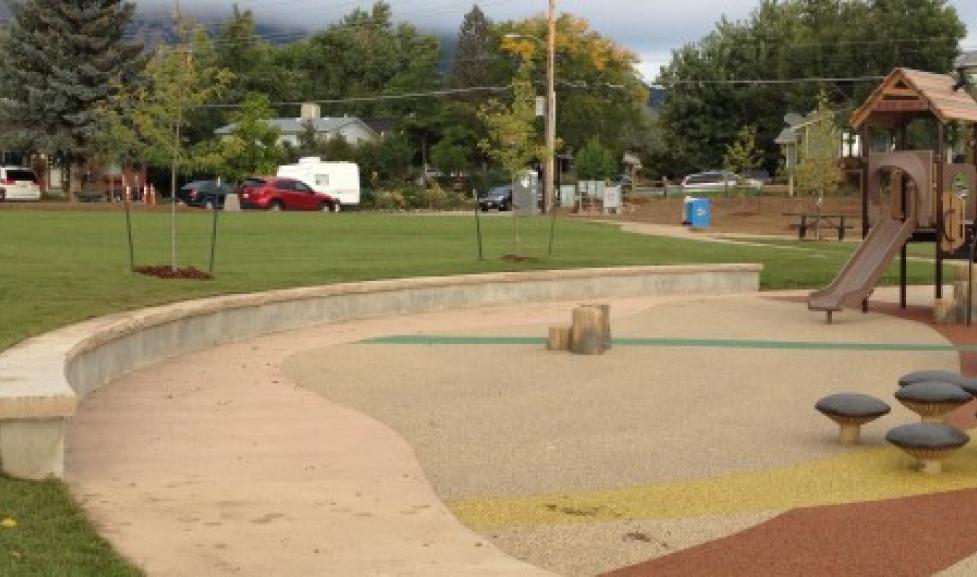 Bill Bower Park is a 1.7 acre park located in south Boulder featuring a playground, picnic tables and mountain views. Construction was completed in the fall of 2014.

The neighborhood surrounding Bill Bower Park provided an $8,000 donation towards the partial funding of a shade shelter in the park. Bill Bower Park was designed in 2014 and early plans for the park included shade as a priority. Trees were planted around the perimeter and near the picnic area to provide shade when the park was built in 2015. Unfortunately, the soil condition has not been conducive to the large maturing tree growth anticipated in the original park concept plan in 2014. The community has been working with staff since 2020 to find a way to provide shade in the park. They have provided partial funding of a 10’x10’ shade structure over the picnic table closest to the playground.

The approval and permitting process for the shelter began in December 2022 and is expected to take 3 months. Installation of the shelter is now planned for spring 2023. 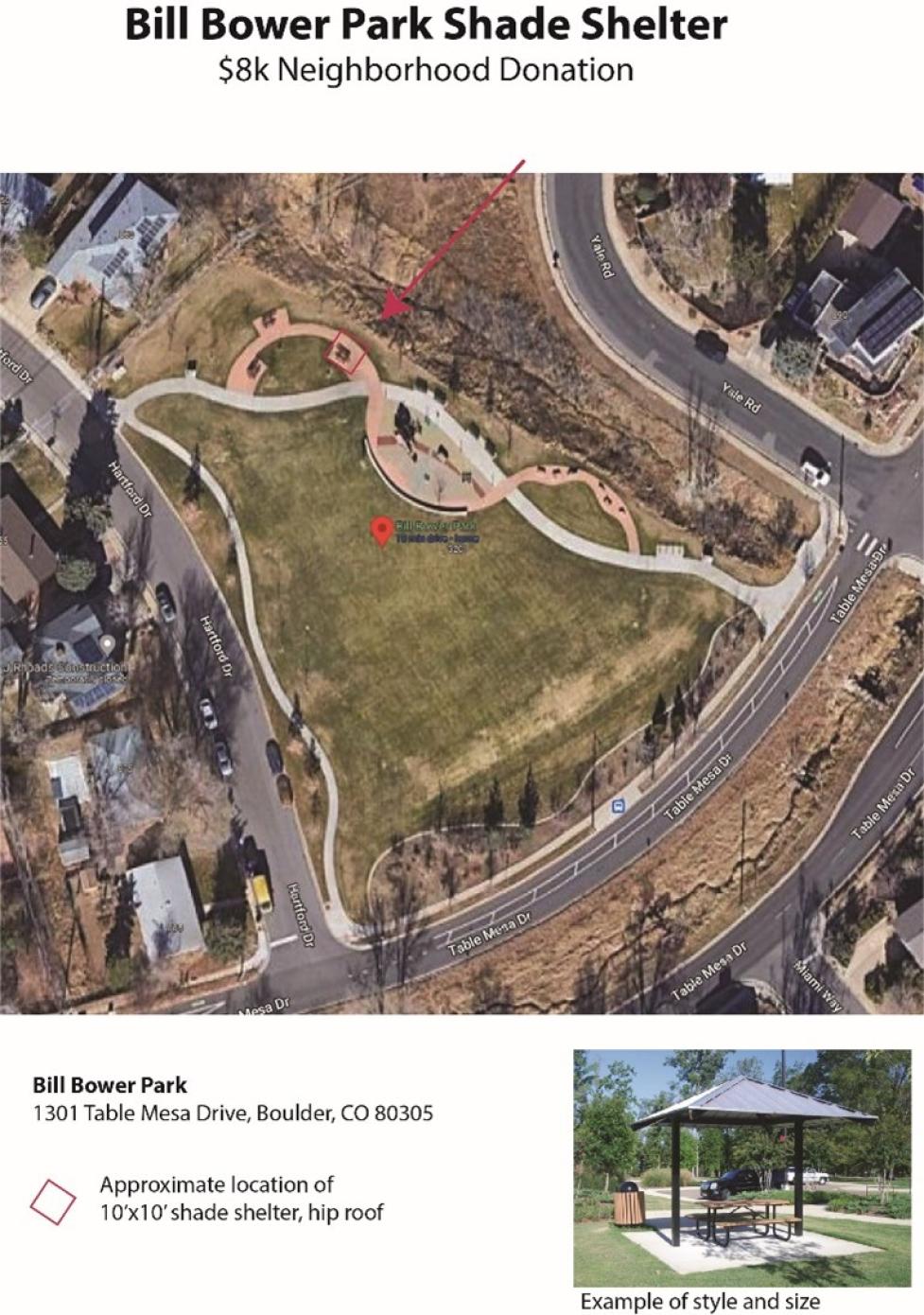 In July 2022, the Military Officers Association of America (MOAA) provided a proposal for a memorial display dedicated to Bill Bower. Community members and city staff shared feedback including concerns about additional vegetation beds and the wording of the interpretive sign. Based on this feedback, MOAA will have the opportunity to amend its proposal before seeking staff and community approval.

The park was officially named “Bill Bower Park” in honor of a local resident’s WWII achievements and service to the community.

William “Bill” Bower (1913 to 2011) was an American aviator, U.S. Air Force Colonel, and WWII veteran. He is famed for volunteering for the first American aerial attack on Japan after Pearl Harbor in 1942. Bower’s participation in the “Doolittle Raid” is of historical significance since it was the only time that U.S. Army Air Force B-25 bombers were launched from a U.S. Navy aircraft carrier on a combat mission during the war. Bower and his five crew members survived the air raid by parachuting out of their B-25s over China. His journey back to the United States took him through several different countries including Tibet, India, Nigeria, and Brazil.

Bower received the “Distinguished Flying Cross” during a reception held at the White House in 1942 and his mission is documented in the 1955 American war movie, “Thirty Seconds Over Tokyo,” featuring Spencer Tracy.

Bower is also celebrated as a vital Boulder community member. He moved to Colorado in 1966 with his wife, Lorraine Amman Bower, and their four children. He hand-built his South Boulder home that is located in close proximity to the park. Bower dedicated his retirement years to serving on nonprofit boards, city committees and delivering meals to the home bound – among many other volunteer projects.

According to one neighbor, “Bill was the warm, generous, caring epicenter of our community.”

At the time of his death, at age 93, Bower was the last remaining Doolittle Raider pilot. The naming of Bill Bower Park not only commemorates the legacy of a WWII icon, but also celebrates citywide efforts to actively involve local neighborhoods in development and planning processes.