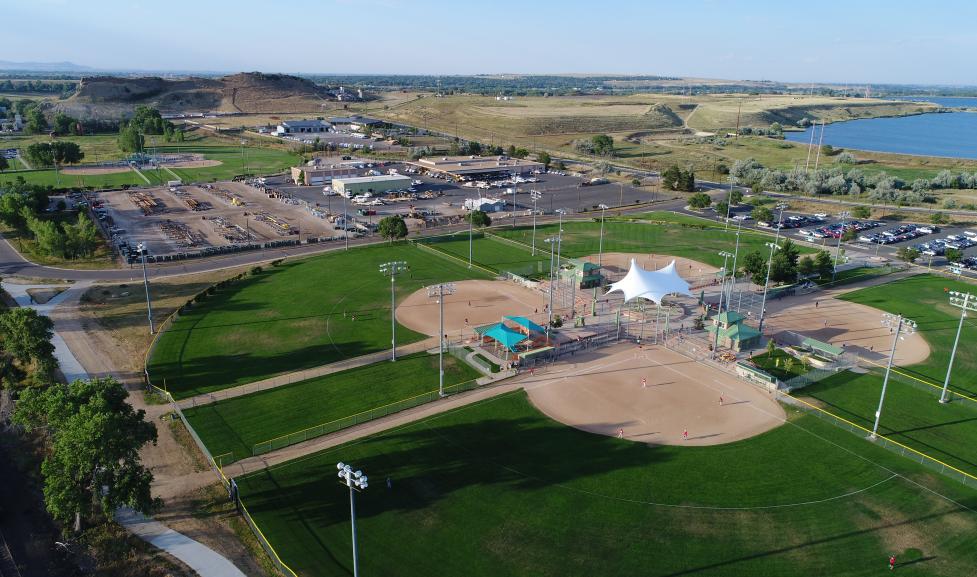 More than 10,000 people play softball in Boulder each year. Amenities include restrooms, a playground and picnic tables under a distinctive tensile structure. A picturesque view of the Flatirons in the distance provides the perfect all-around Boulder experience. Stazio Drive is the start and finish for the Stazio Criterium Bike Races in March.

There is a playground that is open in the evenings when adult softball games are in play, generally March through October.

Dogs and glass containers are not allowed. Ball field office when games are running: 303 441-3454