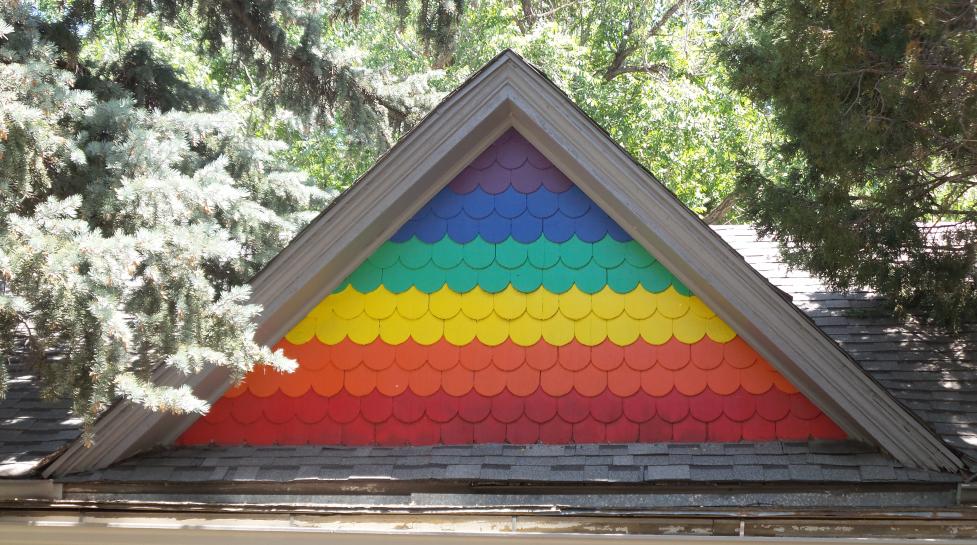 Boulder's historic architecture is diverse, and an important part of the city's character and charm.​

​Many protected buildings continue to be part of Boulder's history, even as they adapt to different uses. Some continue to gather history, and begin to tell stories of our more recent past.​

People lead a movement, but buildings can ground the movement in something tangible that will be seen by future generations. ​

Buildings can inspire and be a monument to the movement.

Here are some of Boulder's Historic Landmarks that have been a part of Boulder's LGBTQ+ community and history. 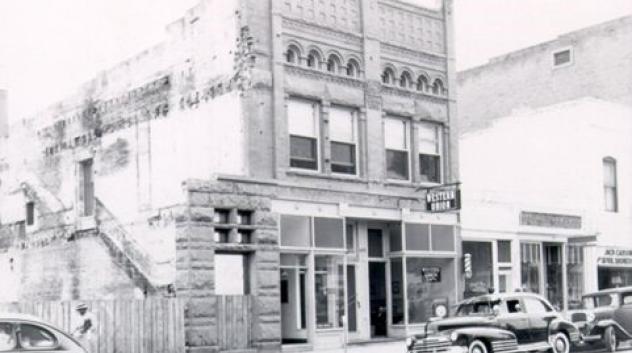 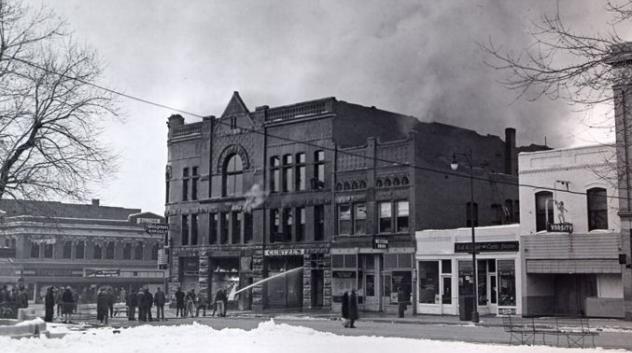 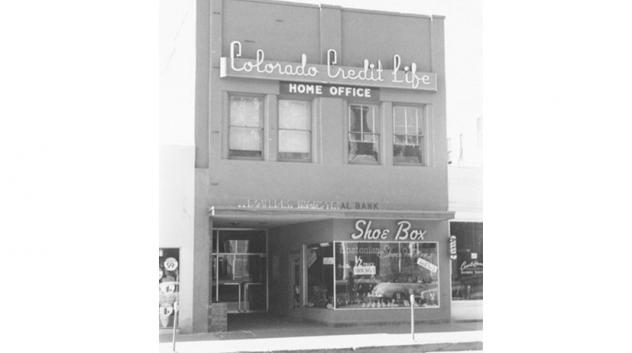 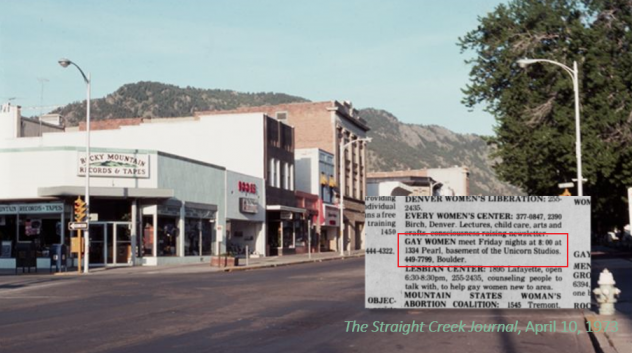 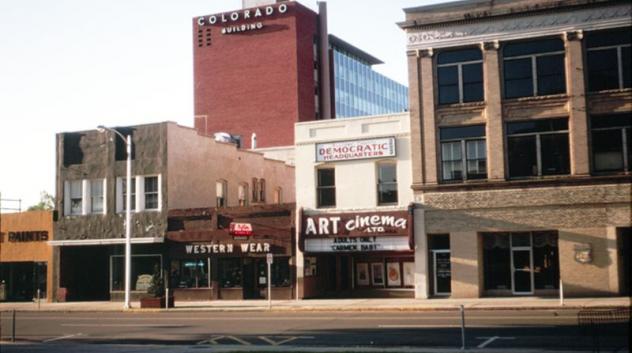 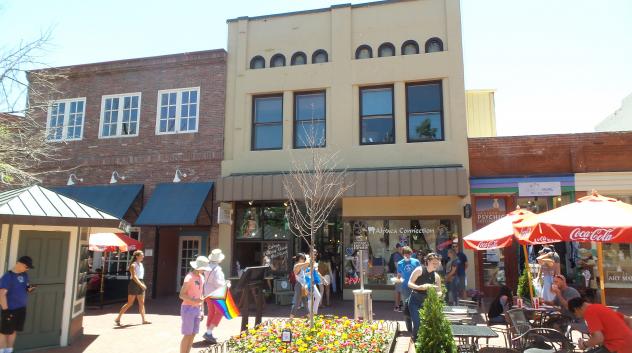 In 1972, Boulder Community Women's Center opened in the basement of 1332-1334 Pearl St. ​The Women's Center was a safe space for gay women, and hosted programs and support groups.​ In 1972, the Boulder City Council adopted the Boulder Human Rights Ordinance. The ordinance added protections against discrimination based on sexual orientation, however a referendum removed that protection in 1974.

Constructed between 1890 and 1895, 1332-1334 Pearl Street survived the destruction of the adjacent Masonic Temple building in 1945.​ The façade was stuccoed and modernized in 1949, but the original oval windows were rediscovered in 1986, relatively intact.

By 1968, the building was in a state of disrepair. Sandwiched between Heflin's Buckaroo Shop and Pro-Mat Paints, 1332-1334 Pearl St. was used as offices and Howard's Shoes before housing the Boulder Community Women's Center in 1972.​ 1332-1334 Pearl St. has now been designated as part of the Downtown Historic District. 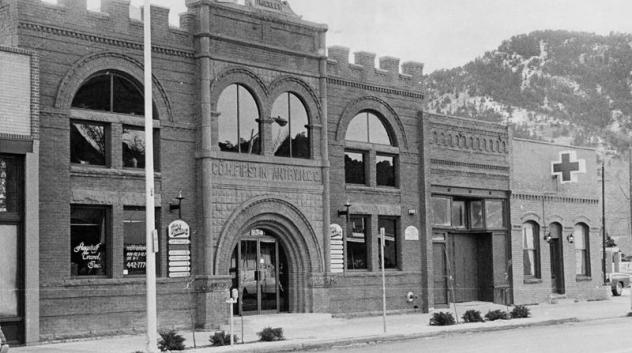 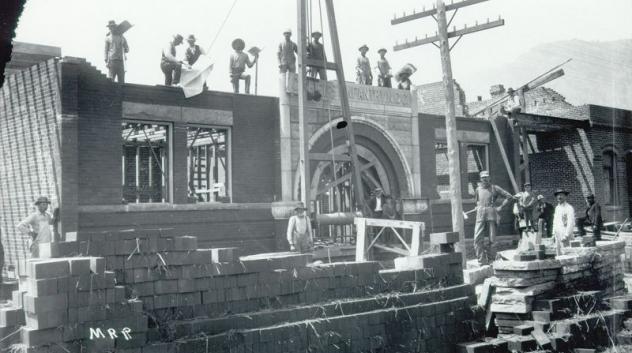 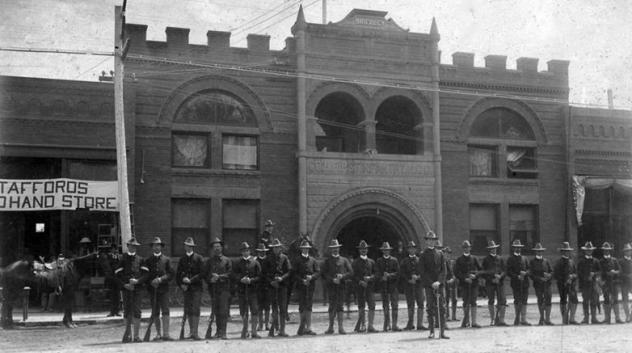 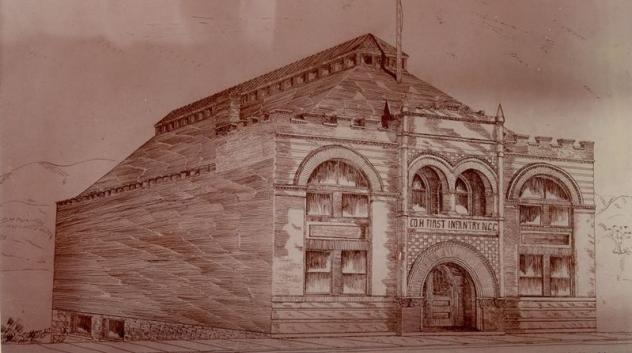 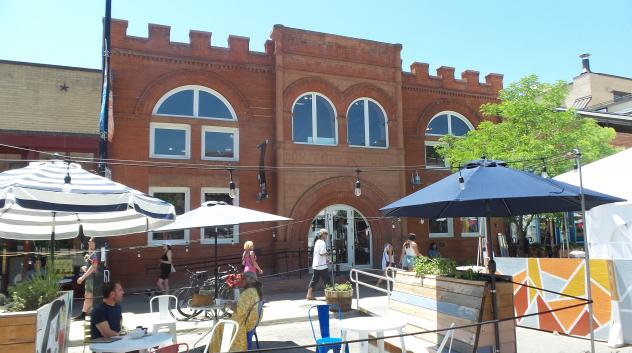 The Boulder County AIDS Project (BCAP), founded in 1985, had offices in the Armory Building from 1988 until 1990. It began at the Armory Building with 25 volunteers and a foodbank. The first annual World AIDS Day was recognized on Dec. 1, 1988, and in 1989 BCAP hired its first paid employee. BCAP grew in the years they operated out of the Armory Building. In 1990, BCAP was able to acquire federal funding and move to a new home.

After 1971, the Armory was renovated into office space, one of those spaces going to to the Boulder County AIDS Project. The building was designated a City of Boulder landmark in 1976 for its architectural significance. 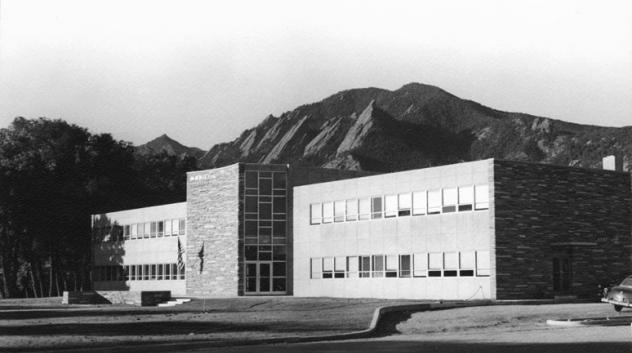 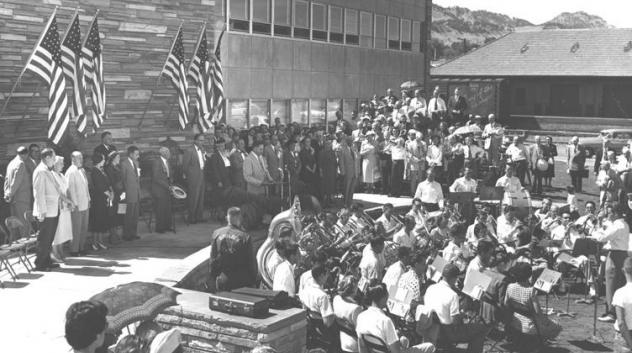 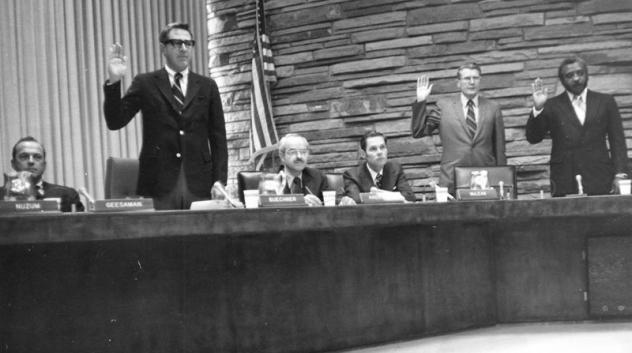 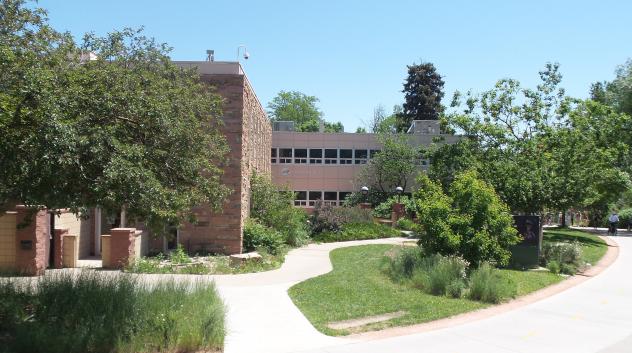 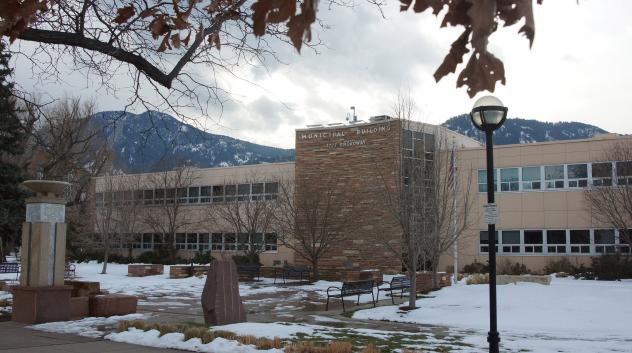 Boulder voters restored protections against discrimination due to sexual orientation in the Human Rights Ordinance, readopted in 1989.

The Municipal Building, designed by Boulder architect James Hunter, was dedicated on August 9, 1952.​ It was designated a City of Boulder landmark in 2009 for its architectural and civic significance. ​In 2021, it was renamed the Penfield Tate II Municipal Building in honor of Tate and his service to the city. 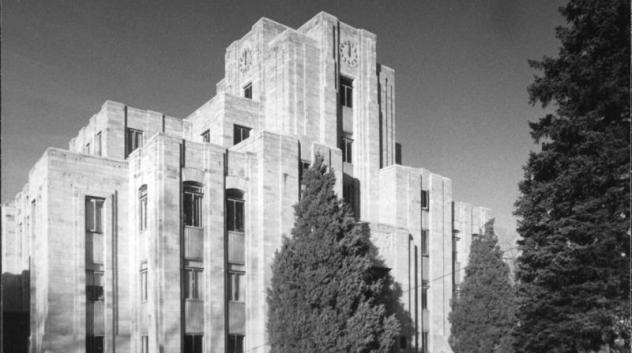 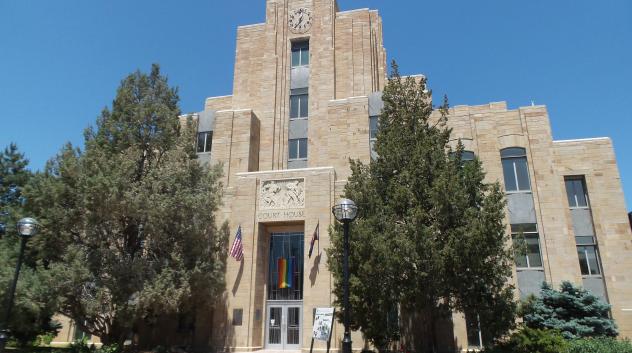 Rorex took office as a county clerk on Jan. 1, 1975, and three months into her term Dave McCord and Dave Zamora asked for a marriage license, which she granted. The year before, City Council member Tim Fuller was recalled and the 1972 amendment to the Boulder Human Rights Ordinance that added protections against discrimination based on sexual orientation was removed through referendum.​

The Boulder County Courthouse, designed by Boulder architect Glen H. Huntington, was built in 1933 after the previous building was destroyed by a fire in February 1932.

The Courthouse is listed in the National Register of Historic Places, in part because of its significance to the LGBTQ+ movement. 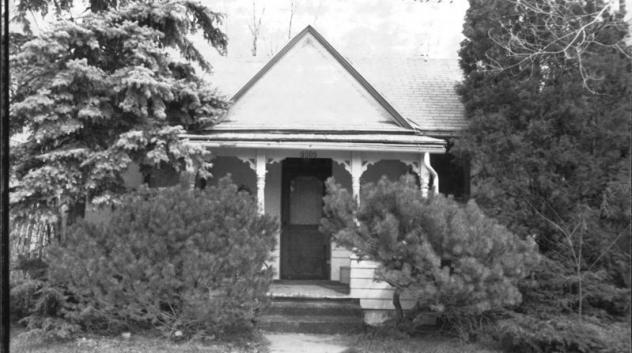 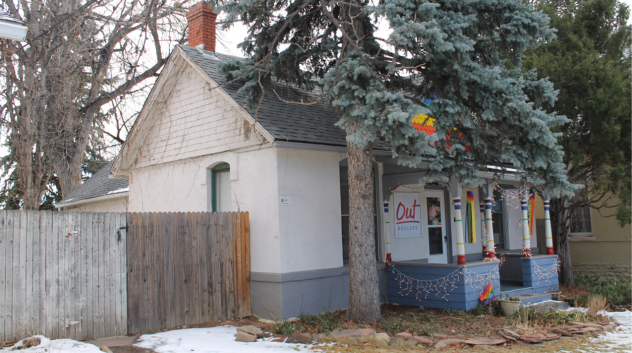 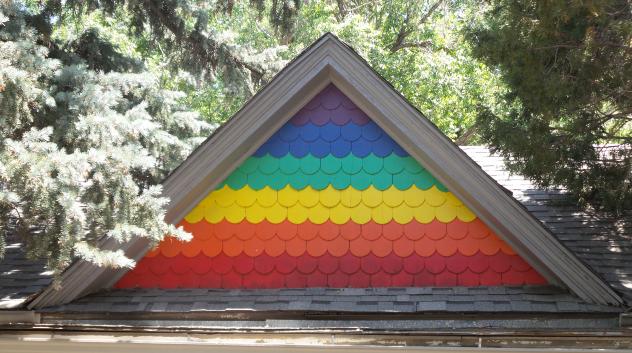 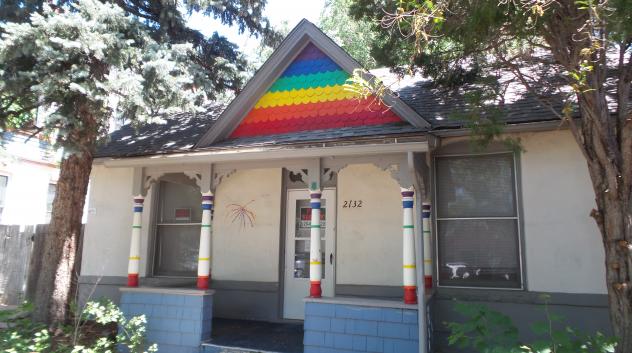 From 2004 until 2019, the Herman-Halfen house was used as the "Pridehouse" by Out Boulder County (originally known as Boulder Pride), a local non-profit that works to educate, advocate and provide services for LGBTQ+ communities. The house was notable for its pride colored façade and rainbow gable. After becoming a state tax-exempt organization in 1998, Boulder Pride received a grant to secure a community center and offer services to the LGBTQ+ community of Boulder County. The Community Center, now known as “Pridehouse,” opened its doors officially in 2004 and began offering programming to LGBTQ+ people in Boulder County.

The building was designated a City of Boulder landmark in 2018 as the Herman-Halfen House in recognition of the building's early residents.