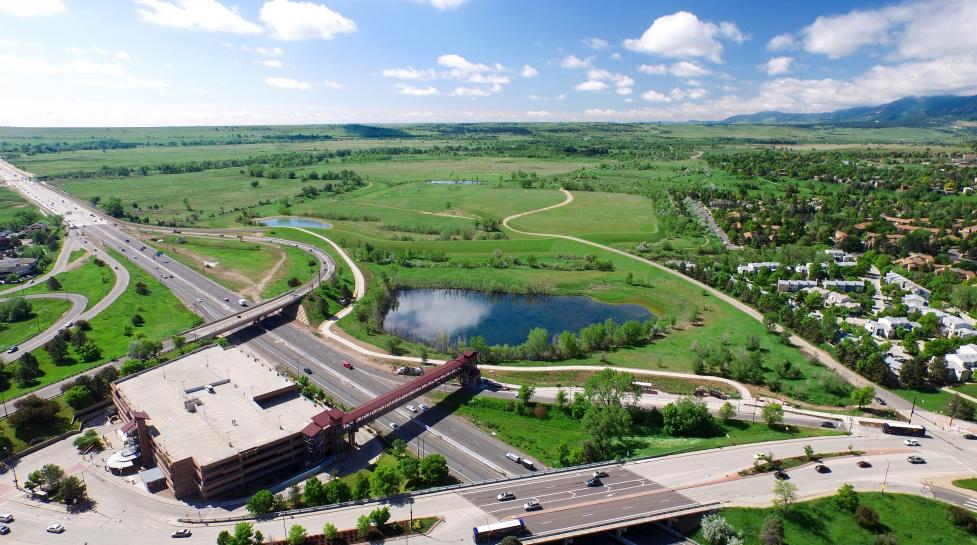 Boulder City Council on Tuesday night gave final approval to the annexation of CU Boulder South, bringing the 308-acre parcel at the southeast edge of the city into the Boulder city limits. The approval caps off years of collaboration among the city, Boulder County, the University of Colorado Boulder and the community to craft an annexation agreement that provides numerous community benefits -- including flood protection for 2,300 downstream Boulder community members, protection and restoration of critical riparian habitat and well-planned housing-centered development on a limited portion of the site.

Council voted 6-1 in favor of the annexation. Mayor Sam Weaver and members Mark Wallach, Mary Young, Rachel Friend, Adam Swetlik and Aaron Brockett voted in favor, with Mirabai Nagle dissenting. Council Members Junie Joseph and Bob Yates recused themselves due to recent prior employment by the university. The University of Colorado Board of Regents on Aug. 13 authorized CU Boulder leadership to execute the agreement once finalized with the city. The council and regents approvals were the final sign offs in a years-long public process that included review, comment and/or approvals by several city and county boards, commissions and staff, as well as dozens of public engagement events to advance annexation.

“This balanced and holistic agreement is the result of a long, thorough and collaborative process with the community and CU Boulder,” said Mayor Sam Weaver. “We would not be at this point without the valuable and insightful feedback provided by our community, and we look forward to working with all parties to implement our shared values. The comprehensive annexation agreement will enable us to meet multiple critical community needs, and is an important milestone in the ongoing partnership between the city and the university.”

“We are grateful to the City Council for its annexation vote that advances so many shared values and community benefits, most notably flood protection for the community and attainable housing options that address a critical need locally,” CU Boulder Chancellor Philip DiStefano said. “This agreement, which was the result of years of collaboration by City Council, city staff, Boulder County officials, our university colleagues and the community members who played vital roles in shaping this agreement embodies the type of city-university collaboration that can make us both stronger and more resilient for decades to come. I’m also grateful to the members of the community who attended the public hearing last week to share their perspectives and reinforce that this agreement will protect residents who were harmed by past floods, preserve open space, and provide housing for students, faculty and staff who hope to live in the community in which they work and study.”

In the event that opponents of the annexation agreement gather enough signatures to petition for referendum of council’s approval within 30 days, the emergency passage means that annexation would remain effective until and unless voters decide not to uphold council’s decision during a subsequent election.

Separately from a potential referendum, Ballot Initiative 302, which is already on this November’s ballot, seeks to prohibit city utilities and services to the CU South property without voter approval of an annexation agreement with certain requirements. However, it is the city’s position that Ballot Initiative 302 is forward-looking and, if passed, would not invalidate or impact an annexation agreement approved prior to the election.

The CU Boulder South Annexation Agreement is a legal document that explicitly sets forth the requirements and conditions for the annexation of the university-owned land at the junction of U.S. 36 and Table Mesa Drive into the city. Terms include the university’s commitment to the transfer of 155 acres to the city for flood protection and open space uses, the transfer of water rights to the city needed for habitat restoration, development phasing that prioritizes housing and continued public access to the site. It also contains numerous binding covenants that set limits on building sizes, heights and locations, as well as an actively managed multimodal traffic plan.

CU Boulder and the city have long agreed on the provision of housing for faculty, staff and non-first-year students as the predominant use of the site, helping to make a meaningful impact on the severe housing shortage in the Boulder community. Along with housing for CU affiliates, the agreement includes the dedication of five acres of the site for development of permanently affordable housing available to all who qualify in the Boulder community, not just university affiliates.

In 2015, after years of floodplain studies and flood mitigation project planning that identified a portion of CU Boulder South as ideal for protecting downstream residents, the city invited the university to bring the property into the 2015 Boulder Valley Comprehensive Plan (BVCP) update process to begin making the site eligible for annexation. Following the BVCP update approvals in 2017 by City Council, Boulder Planning Board, the Boulder County Commissioners and Boulder County Planning Commission, the university submitted its annexation application in February 2019. The university revised its application twice since then in response to the city’s refined flood protection plans and public input prior to the annexation agreement being drafted.

The annexation agreement codifies numerous values shared by the university and community, providing explicit and legally binding assurance to the community regarding what the university can and cannot develop.

Key aspects of the agreement include:

The university will embark on a master planning effort around its future site plans before any development begins. CU Boulder development at the site will not occur until after the city’s flood protection project is built. The city maintains review and comment periods for those site plans as well as for each phase of future development at CU Boulder South to ensure compliance with the binding annexation agreement.