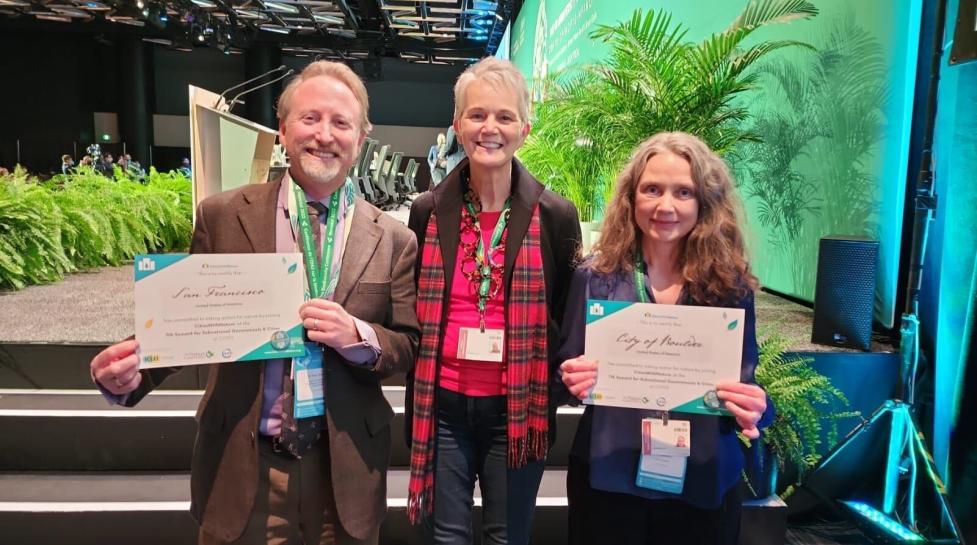 Rella Abernathy holds up Boulder's Cities with Nature certificate next to two representatives from San Francisco.

Conference agreement set global targets for the protection of nature.

Conference agreement set global targets for the protection of nature.

Last month, government officials representing 195 countries met in Montreal, Canada for the 15th United Nations Biodiversity Conference (COP15). The City of Boulder was one of 15 local governments from the United States in attendance.

This once in a decade meeting comes at a critical time as more than a million plants, animals and other species are threatened with extinction. As species are lost, biodiversity dwindles. This leads to the breakdown of living systems that provide food, clean air and water, pest control, healthy soils and the regulation of our climate.

The goal of the conference was to agree on a roadmap to preserve and protect nature. Discussions led to a new set of targets aimed at halting and reversing biodiversity loss. These included protecting 30% of the planet by 2030, restoring damaged ecosystems, halving the risks associated with pesticides and doubling global funding to protect the natural world. 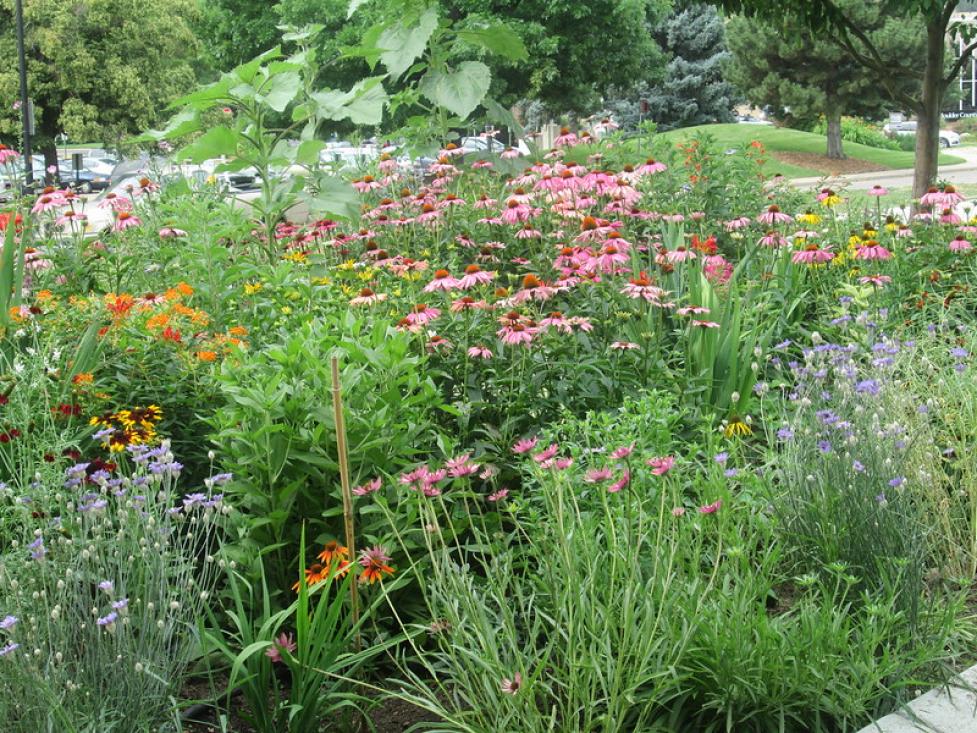 A Historic Moment for Local Governments

“This is a historic moment for local governments to shape federal and global policy, as they will have to deal with the full impacts of biodiversity collapse,” said Rella Abernathy, the city’s senior ecologist and representative at the conference.

“The real work happens at the local level, and this was an important opportunity to share what we and our partners are doing here in Boulder with leaders from across the world. Boulder has an important role in rallying other communities to engage in policy setting. Communities must learn together and share knowledge to stop the degradation of living systems.”

Fungi are important decomposers; they break down dead plants and animals, recycling nutrients back into the soil.

At the forefront of this work is Cool Boulder, a long-term campaign to create partnerships between the city, local organizations and the people of Boulder to implement natural climate solutions. Learn more and get involved at coolboulder.org.