How One Boulder Commission is Leading the Way on Inclusive Government 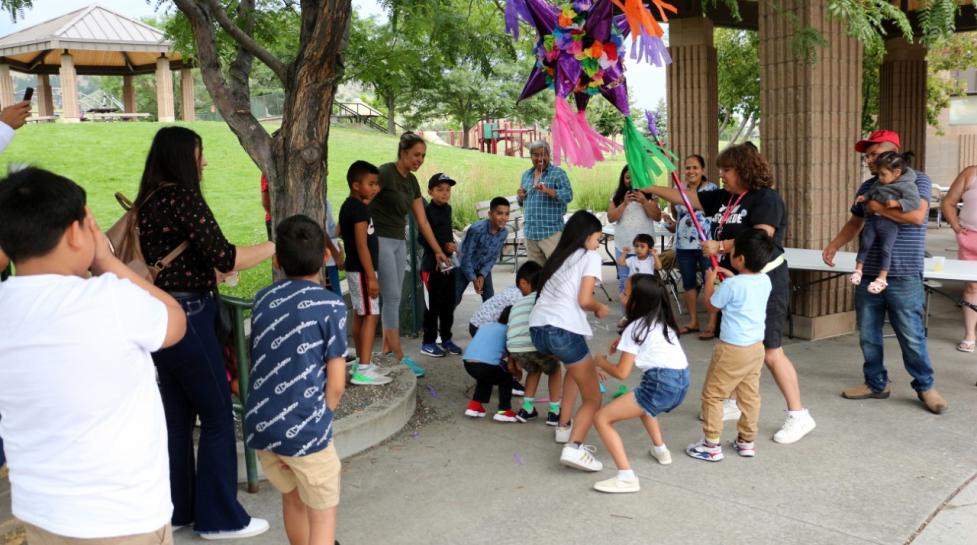 A community servant at heart, Valdez was looking to make the leap into an official city board or commission, but there was a catch: his preferred language is Spanish, and typical commission meetings are conducted in English. Fortunately, Valdez wasn’t the only person thinking about how to make the city more inclusive.

From Community Leader to Commissioner

Carlos Valdez takes pride in serving the community. Between shifts at a local grocery store’s produce department, Valdez is busy finding ways to support his neighbors. “When somebody needs help, I always say yes,” he says.

On a typical day, he’s advocating for fellow manufactured home residents, serving as a Community Connector and as an Emergency Response Connector, or meeting up with other Latinx community members to explore Boulder’s vast network of trails through Explorando Senderos de Boulder.

“Working with the Community Connectors opened a lot of doors,” said Valdez. Engaging with his community to provide feedback on the city’s COVID-19 response, police oversight, library and parking projects helped Valdez see that he had a lot to offer.

A community servant at heart, Valdez was looking to make the leap into an official city board or commission, but there was a catch: his preferred language is Spanish, and typical commission meetings are conducted in English. Fortunately, Valdez wasn’t the only person thinking about how to make the city more inclusive.

The efforts paid off. Valdez applied to the Human Relations Commission (HRC). Earlier this year, City Council appointed him to the HRC, making Valdez one of the few Boulder commissioners who primarily speaks a language other than English.

In the first months of his five-year appointment, the city is learning how to make its boards and commissions more inclusive, giving way to deeper institutional and systemic changes that are necessary to move equity work forward. By challenging “business as usual” thinking, the city, alongside community members, can create spaces in which everyone is welcome at the decision-making table.

Conversations that Shape the Vision

The City of Boulder has 20 boards and commissions that help shape projects and policy on issues ranging from land use and housing, to special districts and open space. The Human Relations Commission’s mission is unique. It seeks to foster mutual respect within the community and build friendly relationships across cultures. In the past, the HRC has helped develop Indigenous Peoples Day and Martin Luther King Jr. day celebrations. It also helps enforce the city’s Human Rights Ordinance.

For the HRC, inclusivity on the board goes beyond symbolic importance. It also can lead to better outcomes, says interim Chair, Lindsey Loberg.

One telling example took place a few years ago when the HRC set out to rewrite outdated, gendered language in the city’s Human Rights Ordinance. Loberg, who is trans, leaned on their personal experience and passion to move the effort forward, along with Out Boulder County.

“Honoring the Needs of our Volunteers”

Ingrid Castro-Campos, Human Rights Program Manager, serves as the board secretary for the HRC. In her role, she helps coordinate meetings and checks in with Valdez regularly to chat one-on-one about the commission’s materials and projects. From her perspective, providing language access respects the volunteers who do so much for our community.

“One of the biggest and most beautiful lessons is that we are honoring the needs of participants and volunteers,” said Castro-Campos. “That is really dignifying.”

When the city passed its first Racial Equity Plan in 2021, it cemented its intention to expand the influence of community members of color through inclusive and responsive engagement. Providing access in multiple languages is a step toward this vision.

While English is the dominant language in the Boulder area, more than 40,000 people in Boulder County speak other languages, and it’s important that government meets their needs. In Boulder, Spanish is the second-most spoken language, with more than 1,700 Spanish speakers also identifying as Limited English Proficient, a term that refers to a person’s ability to speak, read, write and/or understand the English language at a level that allows them to interact effectively with the City of Boulder.

“When we talk about language access, what we mean is that language is not a barrier for people to access information or services, or to participate in the democratic process,” said Manuela Sifuentes.

As the city’s Language Access Program Manager, Sifuentes developed the city’s first Language Access Plan, which includes procedures to help the city meet its legal requirements and aspirations to make government programs and services available in other languages.

“Through interpretation and translation services, language is no longer a barrier for Carlos to be a commissioner,” said Sifuentes.

So far, the process is working well, says board secretary Castro-Campos: “The interpreter goes back and forth and makes it run very smoothly.”

The impact of interpretation is already growing beyond Valdez’ participation. At a recent public hearing, a participant was able to present her Indigenous Peoples Day proposal in her native Spanish.

Interim Chair Loberg wants to see efforts to boost accessibility and representation spread beyond the dais of the HRC. After all, the HRC only gets to weigh in on a small set of issues impacting Boulder, and its power to implement changes is constrained as an advisory board to City Council. “If representation doesn’t factor into policy, the impact is limited,” said Loberg.

Loberg argues that all the city’s boards and commissions — especially those overseeing key issues in Boulder — should strive to be more representative of the broader community. “If these practices were spreading, that would be more impactful,” said Loberg.

Human Relations Commissioner Carlos Valdez agrees, seeing his participation as just the start. “If the city can offer [interpretation], maybe we can bring in more commissioners that don’t speak English,” said Valdez. “I think I am opening the door to other people.”