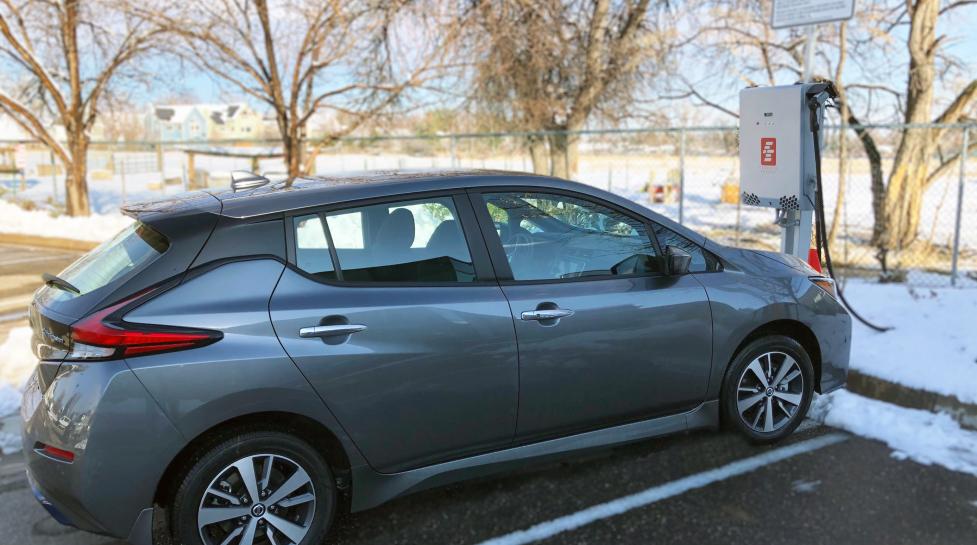 A grey Nissan Leaf is plugged into a two-way charger at the North Boulder Recreation Center.

Last year, the City of Boulder partnered with Fermata Energy to test whether new electric vehicle charging technology could provide the city new ways to manage its energy load and reduce energy costs.

One year in, the pilot program is showing financial promise. According to the project’s annual report (PDF), the two-way charging system reduces costs by about $250 per month, reducing the North Boulder Recreation Center’s (NBRC) electricity bill by about 3.4%.

“The 2021 data is promising,” said Policy Advisor, Energy Utilities Matt Lehrman. “The bill savings may seem modest, but when we think about scaling up this technology, we see a lot of potential to save money, reduce emissions and enhance community resilience.”

Nearly one-third of the city of Boulder’s emissions come from transportation. The community has embraced electric vehicles as a tool for reducing emissions and improving local air quality, and the city has committed to converting its entire vehicle fleet to electric by the end of the decade.

“Now that we know the two-way charger can reduce energy costs, we want to explore more scenarios. If we utilized more of our city fleet, could we realize more savings? How would this charger perform on residential or office buildings? By looking into these answers, we can assess more potential benefits of electric vehicles,” said Lehrman.

“The results we achieved in Boulder offer evidence of how a municipality can leverage an electric vehicle asset for both mobility and facility management,” said Fermata Energy founder and CEO David Slutzky.

In this pilot, the city is using one of its fleet vehicles, a Nissan LEAF. The fleet vehicle’s primary function is to support the Parks and Recreation Department. When not in use by Parks and Recreation staff, the all-electric fleet vehicle is connected to the two-way charging system, which also connects to NBRC’s electricity system. The charger software continuously monitors NBRC’s electrical loads to determine whether to charge or discharge the battery. Typically, the fleet car charges at night, when building energy demand is low, and discharges the battery to NBRC during the day, when the building’s electricity demand peaks.

Learn more about the pilot program on the city’s website.