Robosharks team dives into pool to prepare for competition 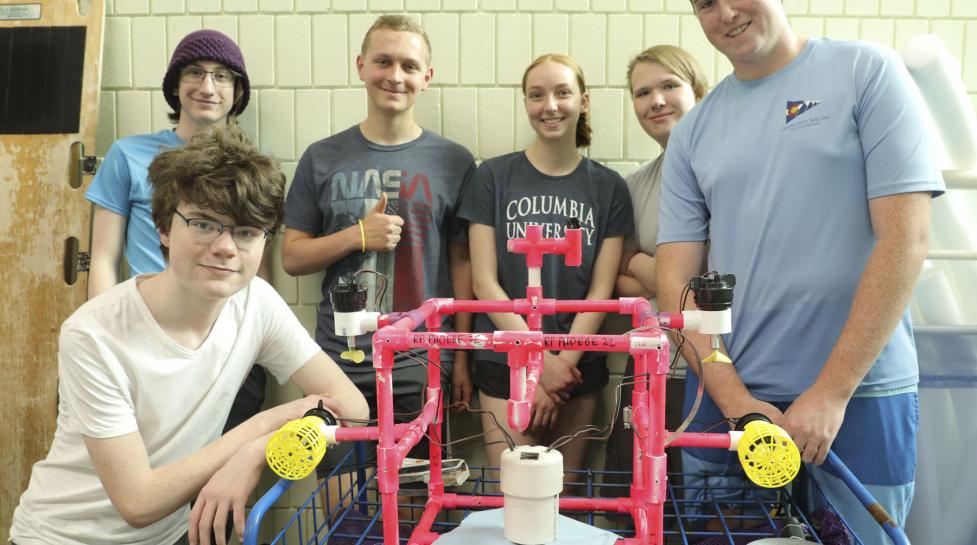 Boulder High School (BHS) students from the Robotics club (the Robosharks) were hunched over their laptop troubleshooting and editing code so “Box Fish” and “Phoebe,” their underwater robots, would work like they’re supposed to.

13 students in two teams built the two robots to compete in the MATE ROV competition, which challenges students to engineer underwater robots that can complete a set of tasks based on real-world, workplace scenarios.

The two teams started designing their robots in August 2021, built them during the spring semester, and put them through their paces at North Boulder Recreation Center’s (NBRC) pool on May 1 and 8. One team of four BHS student is the “varsity” level team and competes in the Ranger-level competition with “Box Fish.” The other team of nine BHS students is the “junior varsity” level team and competes in the Navigator-level competition with “Phoebe.”

For the competition, the robots have to complete at least 15 underwater tasks during a 15-minute period, with each task worth a varying amount of points depending on the level of difficulty.

While at NBRC’s pool, the teams practiced the task of removing and replacing a section of simulated pipeline. The robot must remove tent stakes holding a plastic pipeline section in place and then replace that section.

“Practicing at this pool is invaluable since we are able to perform the challenge tasks underwater,” said BHS student Carter Harlee. “The junior varsity team realized their robot had some leaks when they submerged it and ours needed some additional coding to complete the pipeline task.”

The regional competition takes place on Saturday, May 14 in Longmont with the hopes to move on to the MATE World Championship in Long Beach, CA from June 23-25.

“The students built their own robots with some of the parts purchased and some 3-D printed, and wrote the code for the robots,” said Boulder High School Computer Science teacher Jessica Klauzer-Zimmerman. “We’ve very proud of the robots they’ve built and coded and the leadership skills they’re learning as part of this process.” 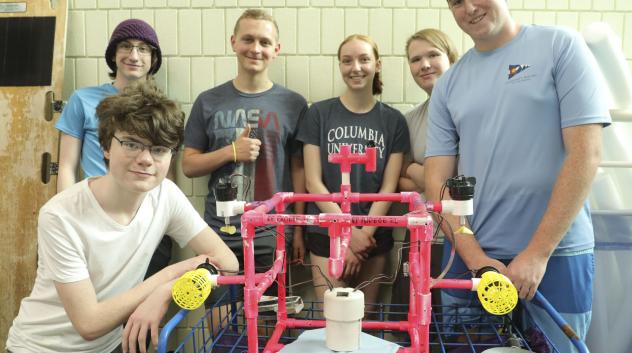 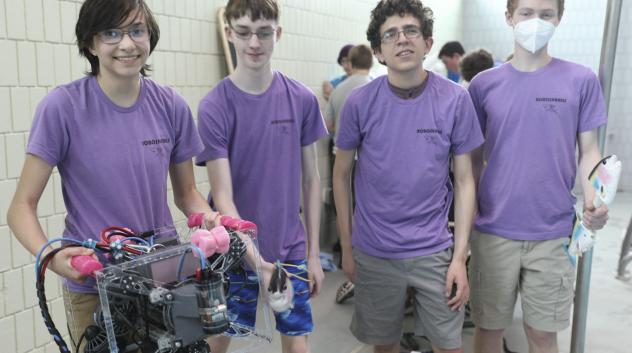 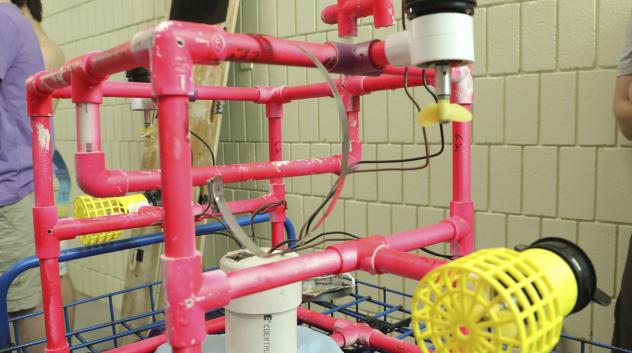 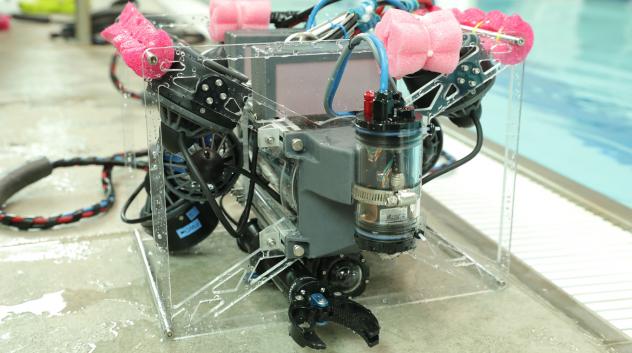 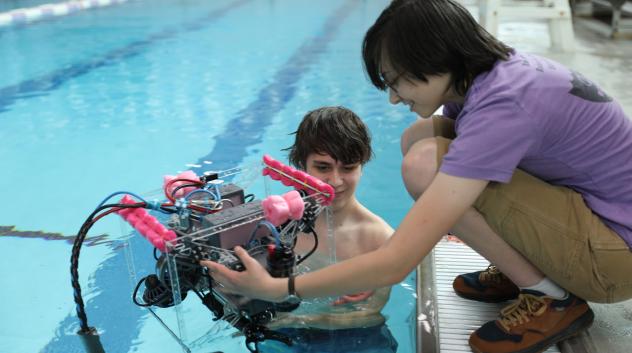 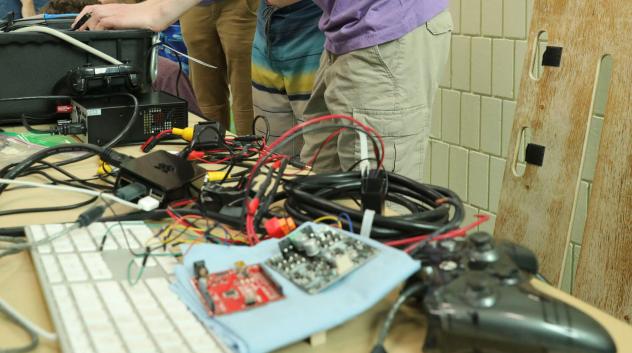 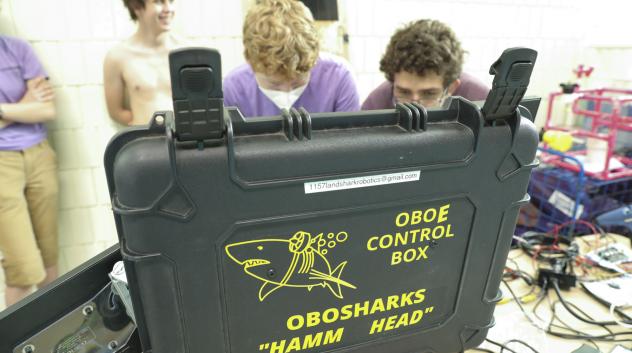