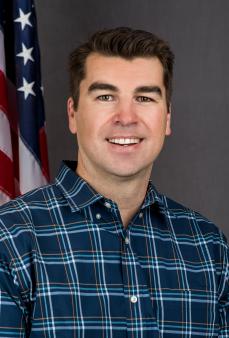 Matt has lived in Boulder for over 20 years and lives in South Boulder with his wife, Jessica, and his two kids. He started his time in Boulder studying Astronomy and Astrophysics at University of Colorado, and later spent nearly a decade working for CU Boulder as an Astronomer and the Education Programs Manager for Fiske Planetarium. While at Fiske, Matt collaborated on several NASA research grants and produced nearly a dozen planetarium shows that are still used around the world. After leaving the University, Matt helped lead a group to create the nation's first Dark Sky Reserve in Central Idaho.

Since running for Boulder City Council in 2017, Matt has been heavily committed to local politics and advocacy. He served on a few community working groups and has been a regular advocate for flood protection, affordable housing and a more inclusive and equitable government. In 2019, Matt led the Coalition that supported progressive Boulder City Council candidates. Then in 2020, Matt led the “Our Mayor-Our Choice” ballot measure that now allows Boulder residents to elect our mayor using Ranked Choice Voting.

Matt is currently a small business owner as a professional photographer, freelance astronomer and volunteers on a number of non-profit boards that support his values of environmental conservation, community stewardship and childhood education.

Matt can often be found outdoors with his family enjoying all Boulder has to offer: hiking local trails, riding his bikes, tending to their garden, stargazing and heading to the slopes for skiing.

As part of the city’s commitment to advancing racial equity, council member Benjamin has attended the Advancing Racial Equity: Role of Government Training. As a newly elected council member, he will be given the opportunity to participate in the Bias and Microaggressions Workshop in 2022.