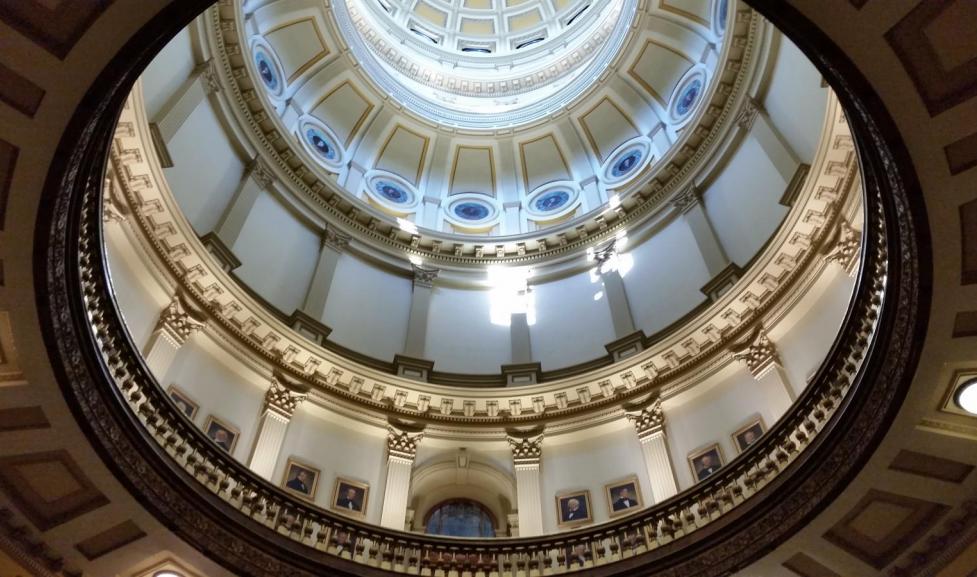 The office of intergovernmental affairs ensures that the city’s interests are furthered through the development of strategic alliances and informed engagement with other local, regional, state and federal governmental entities. It is led by Chief Policy Advisor Carl Castillo, who works in close coordination with city council members, the city manager and city departments to develop and communicate official city positions on intergovernmental matters. The office oversees the development and implementation of the city's Policy Statement on Regional, State and Federal Issues, including all related coalition-building, collaborations and advocacy necessary to advance the stated positions.

The Colorado Municipal League (CML) is a nonprofit, nonpartisan organization representing 265 of the 270 incorporated municipalities in Colorado. CML is a powerful advocate for local government interests at the Colorado State Legislature and before state administrative and judicial bodies. CML also weighs in on federal issues of concern to local government. CML provides leadership training for elected officials, and other educational and informational services, and hosts an annual conference in June.

CML's Policy Committee provides general policy direction for CML staff in its lobbying efforts. It is the only committee that requires formal appointment by the City Council. In addition, CML has numerous other committees that focus on specific issues, such as energy, water, and conference planning. City staff participates in many of those committees.

CML is a critical partner for the city. While Boulder-area legislators are usually supportive of city issues, they account for only a small percentage of the 100 policymakers. With support from CML, the city is able to reach all 100 legislators on issues such as photo radar, PERA, taxation and local control issues. While there are times when the city and CML are not in complete agreement on policy, many of the issues affecting Boulder also impact other local governments and CML allows the city to work together to make a stronger statement on those issues.

Commuting Solutions is a nonprofit public/private membership organization working to enhance mobility along the U.S. 36 corridor for today and the future. Members include Boulder, Boulder County, Longmont, Superior, Louisville, Broomfield, Westminster and nearly fifty private sector businesses that support and advocate for the policy direction of the U.S. 36 Mayors and Commissioners Coalitions. Commuting Solutions also works to educate corridor employers of their transportation options and to expand Transportation Demand Management services in the corridor.

The Denver Regional Council of Governments (DRCOG) is a voluntary association of 56 county and municipal governments in the greater Denver metropolitan region. DRCOG is the metropolitan planning organization for the region, responsible for identifying future transportation needs. It is the federally designated transportation planning and fund disbursement agency for transportation dollars in the region. While DRCOG does not have the authority to dictate land use decisions, the control over federal funds allows DRCOG to influence the shape of regional growth. DRCOG performs other regional services such as coordinating federal support for aging programs, performing regional demographic reports, and developing a regional open space plan. DRCOG is responsible for creation of Metro Vision 2040, the region’s long-term plan for growth, and the fiscally constrained Regional Transportation Plan, composed of those projects with a reasonable expectation of funding. While the 2040 MV plan was adopted in January 2017, efforts are underway for an update of the regional plan to 2045. DRCOG is also responsible for the Transportation Improvement Plan (TIP) for the region and is concluding a process that has made major changes in how federal dollars will be allocated. In the revised process, municipalities can request funding for regionally significant projects from one source, or from a different fund administered and allocated at the county level. Selected projects must conform to the regional plan and focus areas identified by the DRCOG Board. The city has been very successful in the past TIP process, having received more than $83 million in federal funds between 2000 and 2019. Under the new system, staff expects likely future funding to the city to be about a quarter of the historic amount.

The Metro Mayors Caucus is a cooperative alliance of the mayors of 37 cities and towns in the Denver metropolitan region . The Caucus is a unique collaboration of elected officials providing leadership and creative solutions on some of the most challenging issues in the region. The Caucus has emerged as a voice for collective action on issues that affect the entire metropolitan area and cannot be effectively addressed by any one jurisdiction acting alone.

The Caucus is unique among regional organizations because of its commitment to decision making by consensus. Consensus has been the foundation of its success for the past thirteen years. This practice has enabled the Caucus to develop positions and implement initiatives that have led to positive change in the entire metro area. Among the issues the Caucus has tackled are growth management, multi-modal transportation, affordable housing, regional response to emergencies, and intergovernmental cooperation.

The National League of Cities is the oldest and largest national organization representing municipal governments throughout the United States. Its mission is to strengthen and promote cities as centers of opportunity, leadership, and governance.

Working in partnership with the 49 state municipal leagues, the National League of Cities serves as a resource to and an advocate for the more than 19,000 cities, villages, and towns it represents. More than 1,600 municipalities of all sizes pay dues to NLC and actively participate as leaders and voting members in the organization.

The nearly $7 billion cleanup project was completed in October 2005 and represents an important legacy for Boulder and other surrounding communities. Cleanup significantly reduced the many risks posed by the former weapons site. There are, however, ongoing management needs that remain vital to ensuring long-term protection of human health and the environment. Those responsibilities lie with the Department of Energy (DOE). In June 2007, DOE transferred 3,953 acres of the former site buffer zone to the Department of the Interior to manage as the Rocky Flats National Wildlife Refuge.

The City of Boulder was a founding member of RFSC and RFCLOG. Its interest in Rocky Flats is tied to the city’s jurisdictional proximity to the site and its ownership of open space along the site’s north and west boundaries. The city shares the concerns held by all members of ensuring that DOE maintains responsibility for the long-term management of its retained lands and conducts all necessary inspections of the monitoring systems and landfill caps, and repairs and upgrades the systems as necessary. The city is also committed to ensuring that the United States Fish and Wildlife Service’s properly manages the remaining land in a way that ensures its integrity as a functional wildlife refuge.

The city is part of a multi-agency partnership supporting the development of the Rocky Mountain Greenway which will ultimately create an uninterrupted trail and transportation link between the three National Wildlife Refuges in the Denver metro area with Rocky Mountain National Park. Boulder's involvement in specifically focused on the segment that would use its open space lands.

The Urban Drainage and Flood Control District was established by the Colorado legislature in 1969 for the purpose of assisting local governments in the Denver metropolitan area with multi-jurisdictional drainage and flood control problems. The District covers an area of 1,608 square-miles and includes Denver , parts of six surrounding counties, and all or parts of 32 incorporated cities and towns. There are about 1,600-miles of "major drainageways," which are defined as draining at least 1,000 acres. The population of the District is approximately 2.3 million people.

The District is an independent agency governed by a 23-member board of directors. The make-up of the board is unique, in that 21 members are locally elected officials (mayors, county commissioners, City Council members) who are appointed to the board. These 23 members then select two registered professional engineers to fill out the board.

The Northwest MCC has an agreed-upon policy statement among the participating communities and counties: Boulder and Broomfield counties and the cities of Boulder, Erie, Longmont, Lafayette, Louisville, Superior and Westminster. The coalition’s priority projects include completion of the remaining US36 multimodal corridor improvements, as well as new regional arterial BRT and commuter bikeways along the Diagonal/SH119, East Arapahoe/SH7, 28th Street, Broadway, and South Boulder Road as well as other regional routes identified in RTD’s Northwest Area Mobility Study. In addition, the coalition supports continuing the pursuit of a community or region-wide Eco Pass and other TDM programs, first/final mile connections, station-area wayfinding improvements, implementation of railroad quiet zones, and holding RTD responsible for completion of the Northwest Rail Line.

This coalition oversees and champions the SH119 Managed Lanes & Regional Bikeway project, a multi-year effort to replicate the US36 model along the Diagonal connecting Boulder to Longmont. The environmental analysis and high-level corridor planning is complete for SH119, including regional Bus Rapid Transit, commuter bikeway, and managed/express lanes. The coalition is looking for funding to begin implementing the project, which is set up so that it can be done in segments.

This coalition oversees and champions the SH7 Managed Lanes & Regional Bikeway project, a multi-year effort to replicate the US36 model along the corridor from Boulder to Brighton. Recent efforts include working to get SH7 classified as a regional arterial for funding purposes and to get RTD to revise their Regional BRT Network map to include this corridor—to make it eligible for future funding.

The city works closely with nearby governmental entities, especially those whose jurisdictional boundaries overlap the city’s boundaries The following is a list of some of these governments along with descriptions of some of the issues that are subjects of collaboration.

The city collaborates with Boulder County on a host of issues including human services, open space, transportation and land use. Council meets frequently with the county commissioners and has at least one formal joint meeting with tall three commissioners and their senior staff every year. Two of the most important agreements the city has with the county are the "Boulder Valley Comprehensive Plan Intergovernmental Agreement" and the "Boulder County Countywide Coordinated Development Plan" aka the "Super IGA."

The Boulder Valley School District (BVSD) operates a significant amount of school facilities within the city's geographical boundaries. Although a separate governmental entity with operational responsibilities extending far beyond the city limits, decisions made by the district can have a great impact on city residents. Consequently, the city is engaged in routine communications and collaborations with the district. City Council's goals for future collaborations with the district are available in the related links section of this page.

Council has appointed a School Issues Committee, which periodically meets with BVSD representatives to discuss these and other goals.

The Department of Commerce (DOC) has developed a new master plan and associated environmental assessment for its Boulder Laboratories campus. The master plan provides a framework for the future physical development of the campus in support of the DOC Boulder Laboratories' mission of advancing science and technology. It emphasizes quality and collaborative research with sustainable and efficient operations. In addition to existing and future facilities, the master plan addresses roads and entrances, parking, pedestrian and bicycle access to and through the site, landscape and storm water management, cultural resources, the site utilities infrastructure, energy and water conservation, and sustainability. Agreements with the City of Boulder and Native American Tribes have been respected and all Protected Area, more than 100 acres of open space continues to be preserved.

The city partners with the Regional Transportation District (RTD), Colorado Department of Transportation (CDOT), Boulder County, and other organizations such as the US36 Mayors and Commissioners Coalition, Commuting Solutions, and Northwest Chamber Alliance to advance the city’s Transportation Master Plan (TMP) goals. Current regional topics include:

The city collaborates with the University of Colorado Boulder on a variety of issues including land use development, floodplain regulation, transportation, housing and Uni Hill issues. Council has a formal meeting with CU's Chancellor and his cabinet at least twice a year.

Learn more about the University of Colorado

Letters and resolutions urging changes at the state and federal level can be found in the related documents below.