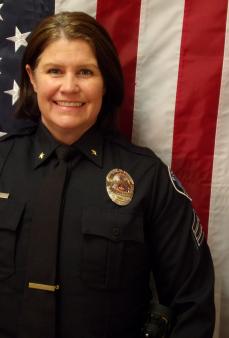 Commander Rachael Clark is in charge of Watch 3 in Patrol. She has been with the Boulder Police Department for 20 years starting as a dispatcher in 2001. In 2004 she took on her role as an officer on Patrol and added Police Training Officer and Defensive Tactics Instructor to her repertoire.

In 2009 she moved to the Traffic Unit and in her nine years there she was a pillar on her team demonstrating both her intellect in policing and her value of teamwork with dedication to problem solving and helping her team whenever necessary. Commander Clark has been a motor officer and a police motor instructor as well as a Level IV accident reconstructionist. In 2018 she was promoted to sergeant and served on Watch II and Watch III assignments. During the last three years she has been a Co-Coordinator for PTO and in the last year she has excelled in her role as one of the sergeants in the Professional Standards unit. Commander Clark earned a Bachelor of Science in 2011 from University of Phoenix and a Master of Science in 2013 from Colorado State University in Organizational Leadership.