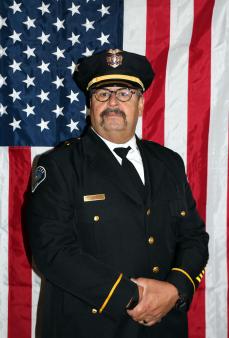 Commander Thomas Trujillo is a native of Boulder and has been with the Boulder Police Department for 36 years. He is currently in charge of the Investigations Unit.

He was promoted to commander in January of 2014. Previous assignments have included ten years as a detective sergeant, the last five years of which he headed up the Major Crimes Unit. He was a supervisor on the Boulder County Investigative Team and a SWAT Negotiator team leader. Before being promoted to sergeant in 2003, he worked in a variety of positions in patrol and in detectives.