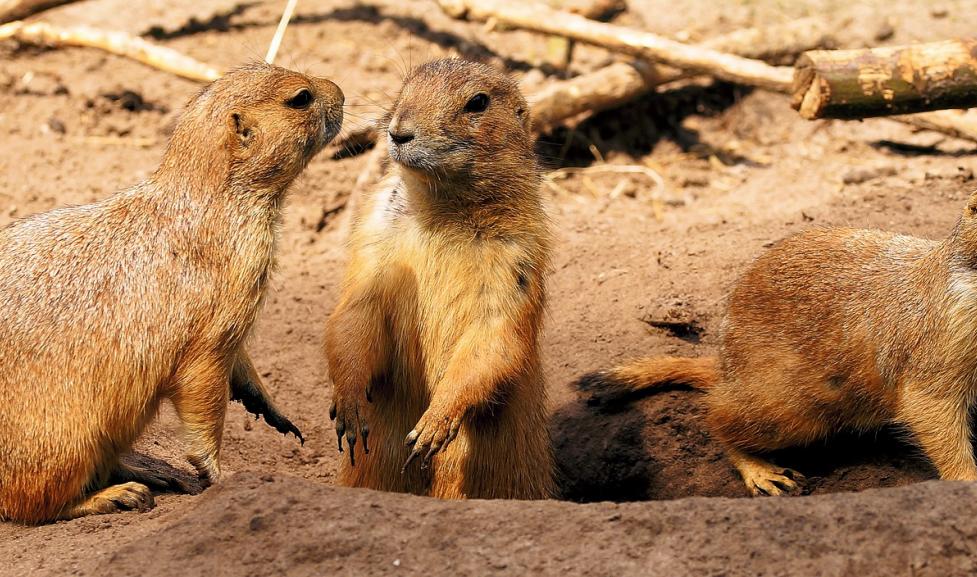 The purpose of the UWMP is to establish a set of policies and guidelines for managing wildlife within Boulder. The intent of the plan is to integrate urban wildlife management in the Boulder Valley with the existing and emerging plans and policies of the Open Space and Mountain Parks (OSMP) Department.

The UWMP establishes a framework for making urban wildlife management decisions, provides direction on regulatory and program changes, and outlines a set of actions for long-term management of human-wildlife conflicts.

Bears have always been a part of life in Boulder. The city’s urban wildlife conservation project aims to ensure bears and humans can safely co-exist. Through education, awareness and laws, the city is working to limit the food available to bears so they are not drawn to urban areas. 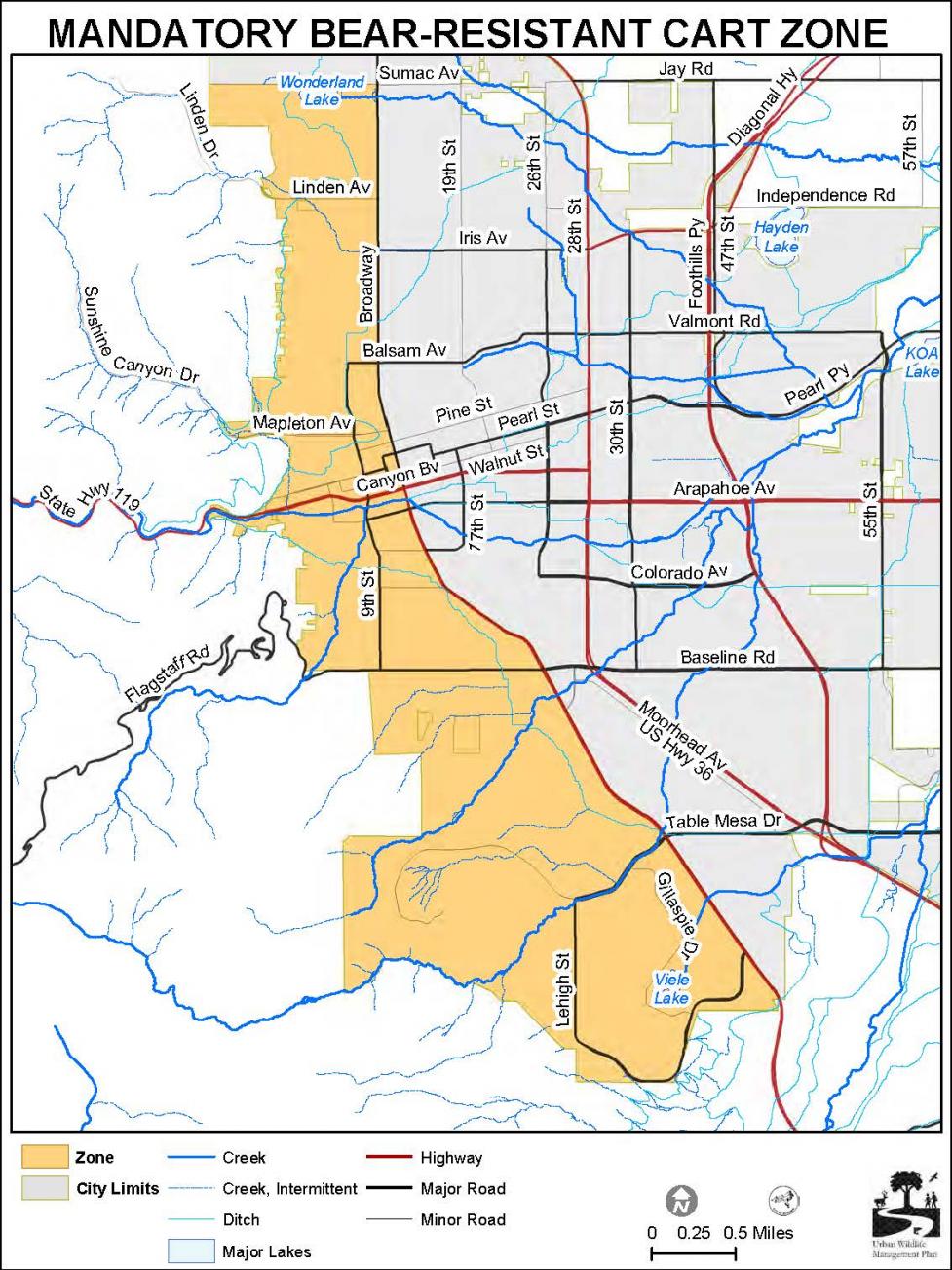 Code enforcement officers will issue fines for noncompliance, including not latching containers, and violators will not receive warnings. Officers may issue tickets in-person or give citations to property owners via email or printed notification. The fines are:

Please note yard waste such as leaves and branches are not considered bear attractants and can be put out for collection in leaf-litter bags or bundled with string. If compost containers only contain yard waste, they must still be latched. Also, bear-resistant carts and recycling containers can be put out for collection after 8pm the night before pick-up anywhere in the city.

*Electric fencing requires a permit in the City of Boulder.

Get or Fix a Bear Resistant Cart

Bear-resistant carts are similar to most trash and compost carts currently used in Boulder, but are reinforced with special latches. Carts that meet the bear-resistant criteria have been tested and rated by the Interagency Grizzly Bear Committee.

Examples of Bear-resistant Carts That Meet the Ordinance Requirements

The city requires bear-resistant containers to be in working condition, however they can break. If a cart is broken it must be fixed. For Western Disposal customers, call 303-444-2037 and request a replacement cart. Carts are generally replaced within 24 hours. If you are a One-Way Trash or Republic customer and you have purchased your cart, you are responsible for the repairs or replacement.

Locations Outside of Cart Zone

Would you like a bear-resistant container even though you do not live in the area where it is required?

How can I make a bear-resistant waste enclosure?

If prairie dogs are causing nuisance problems for you or the uses of your property, do not attempt to poison or kill the animals.

If you have development plans for your property that may be in conflict with prairie dogs on the site, or if you have any questions about prairie dog lethal control permits, contact Val Matheson at mathesonv@bouldercolorado.gov or 303-441-3004.

In addition, one of the following conditions must exist

The waiting period after the submission of an application is a minimum of three to five months. If the city determines that relocation alternatives exist during or after the initial three-to-five month period, it may delay issuing the permit for an additional 12 months in order to allow relocation to occur.

Report Sightings or Get Information

Animals in your yard