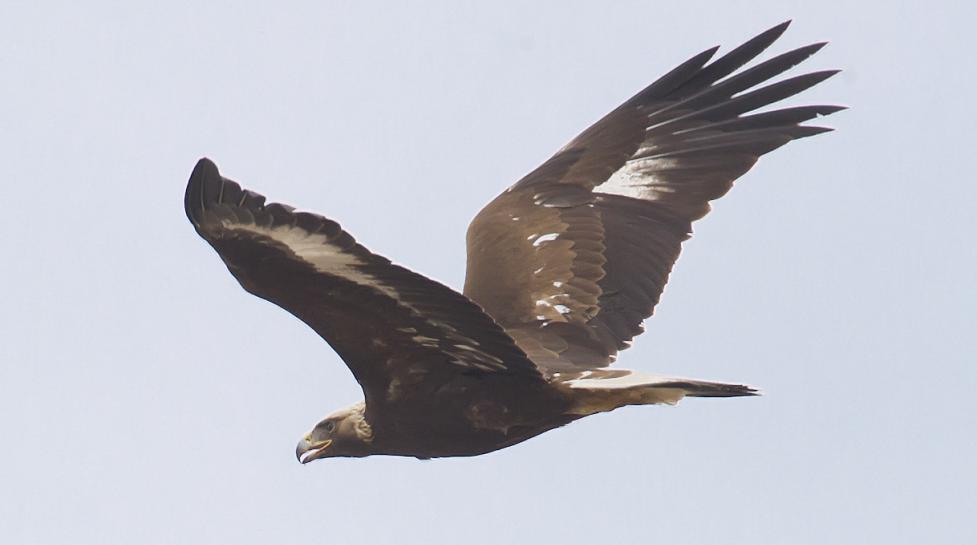 An immature Golden Eagle in flight.

City of Boulder Open Space and Mountain Parks (OSMP) has instituted longer wildlife closures for golden eagles because OSMP staff and volunteers have been observing golden eagles in areas along the Boulder Flatirons arriving earlier than February 1. This new closure timing aligns with guidelines established by Colorado Parks and Wildlife and the United States Fish and Wildlife Service.

Golden eagles are protected under the federal Bald and Golden Eagle Protection Act and are also a species of greatest conservation need as designated in Colorado’s State Wildlife Action Plan. The species primarily nests on cliffs along the Boulder Flatirons – which is considered one of the prime raptor nesting areas in the western United States. Disturbances in sensitive habitats at this time of the year can disturb golden eagles’ ability to establish a nest and lay eggs over the next several months.

OSMP appreciates the support that the Boulder climbing community has provided in discussing and collaborating on lengthened golden eagle closures. OSMP continues to protect high-quality nesting habitat for raptors—last year, golden eagles nesting on OSMP produced three offspring, which is one of the best reproductive success results in years. The department regularly monitors wildlife closures throughout the winter and spring and lifts them when staff and volunteers no longer observe nesting raptors in wildlife habitats, allowing climbers access to popular climbing routes.