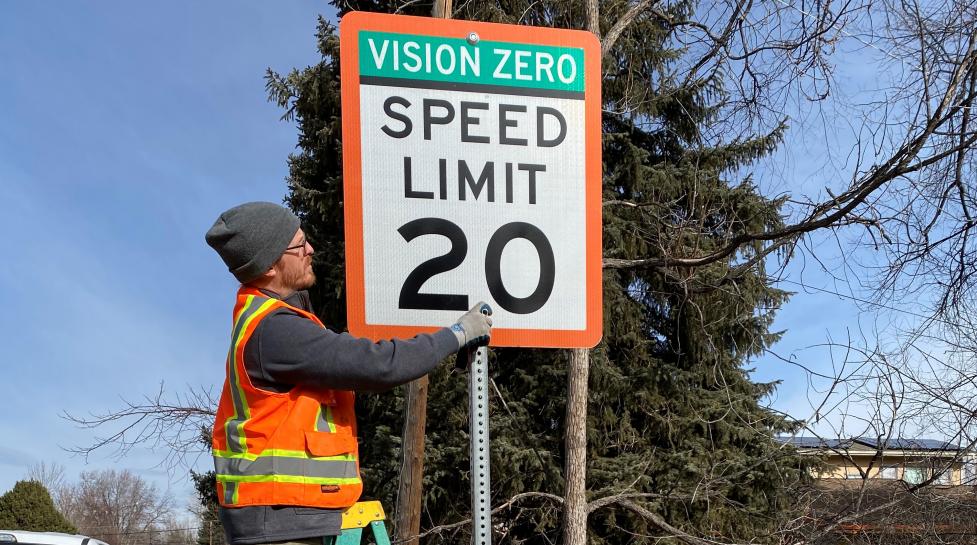 The City of Boulder has launched a public feedback opportunity to learn more about where and how community members feel unsafe bicycling, driving, walking and using other modes of transportation in Boulder.

The feedback will help the city create a Vision Zero Action Plan that will identify specific actions the city can take over the next five years to improve transportation safety and reduce the number of deaths and serious injuries on our streets.

On Be Heard Boulder, you can complete a questionnaire about your travel habits and how safe you feel using different modes of transportation in Boulder. You can also drop pins on a map to share specific locations where they have felt unsafe or experienced a close call. Feedback will be open through July 17.

The city will also host a virtual public meeting on Wednesday, June 29, from 7 to 8:30 p.m. to share information about the Vision Zero Action Plan. Register for the meeting

The input collected will be combined with historical crash data to inform the actions recommended in the plan. The draft Vision Zero Action Plan will be released in late 2022.

The Vision Zero Action Plan will prioritize actions the city could take to help move the city closer to achieving Vision Zero, which is a goal committed to by Boulder and cities worldwide to bring the number of crash-related deaths and serious injuries on our streets to zero. The number of these severe crashes taking place in Boulder each year has not decreased since 2016, averaging about 55 to 60 severe crashes per year, according to the city’s latest Safe Streets Report.

The plan will also include strategies the city can use to further improve safety on arterial streets, which typically have higher traffic volumes and speeds and are where the majority of severe crashes are happening. Earlier this year, the city launched the “Core Arterial Network” initiative to address crash concerns on these streets and build a connected system of bicycle and pedestrian facilities.