Parking at City Flagstaff Mountain Areas will be Prohibited after 9 p.m. 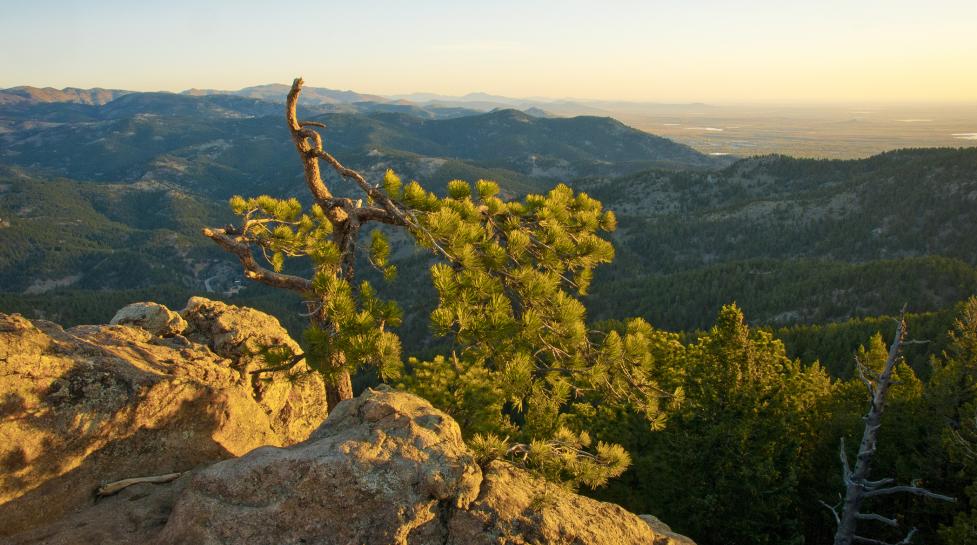 The City of Boulder also reminds community members to view the Boulder Star on Flagstaff Mountain from afar as the area remains closed.

Starting as early as Thursday, Dec. 2, parking at City of Boulder open space parking areas – including trailheads, paved parking lots and pull-offs – on Flagstaff Mountain will be prohibited from 9 p.m. to 5 a.m., Monday through Sunday. The city continues to invite responsible and safe, night-time trail use on Flagstaff Mountain that can be accessed from nearby trailheads like Chautauqua.

While city regulations have allowed parking up to 11 p.m. or midnight at city Flagstaff Mountain areas, increasing night-time public safety incidents, natural resource damage and criminal activity have been a growing concern for the city. Beyond the extensive littering and wildlife disturbances that have occurred, OSMP Rangers have recently responded to numerous public safety incidents, including a wildfire at Panorama Point and alcohol-related accidents, vehicle crashes and other public safety violations on Flagstaff Mountain.

The ongoing occurrence of dangerous incidents and natural resource impacts observed by Rangers, led city staff to request the parking-hour change, which the Open Space Board of Trustees supported and Boulder City Council approved this fall.

The City of Boulder welcomes open space visitors to view the star from other trail locations as the area remains closed. The Halfway House parking area on Flagstaff Mountain is also closed.

No designated trail currently leads to the Boulder Star, which sees large gatherings during the winter. The star is located on steep terrain that has sustained significant plant and erosion damage because of increasing visitation over the years, which has led to numerous wildlife habitat disturbances. Visitors who enter the closure area can face a fine of up to $1,000.