Parks and Recreation Staff Save Community Member’s Life With CPR 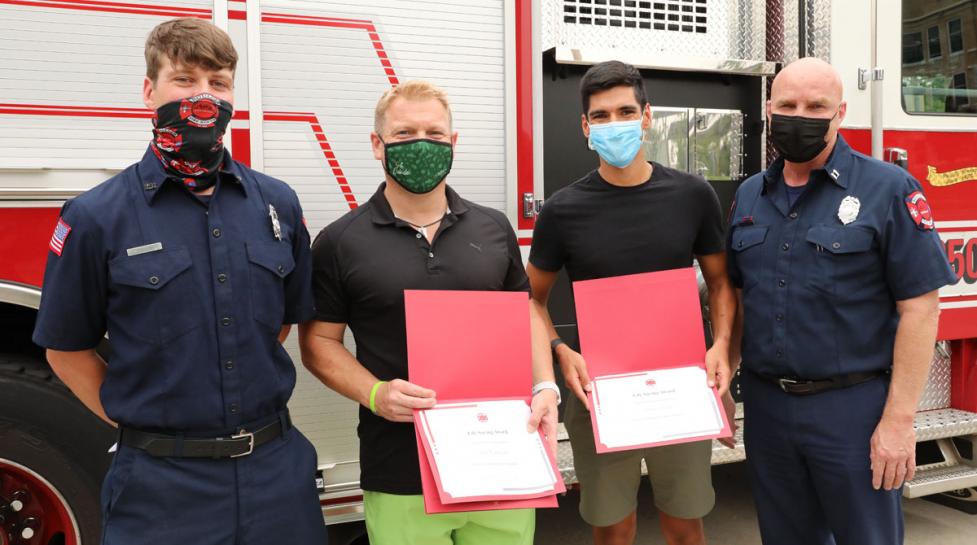 “Ninety percent of people in this situation don’t survive. He was clinically dead.”

Coming from Firefighter 2nd Class Jonathan Zoetewey, those words show just how amazing the actions were by three City of Boulder Parks and Recreation (BPR) staff on July 20 when they saved the life of a community member who experienced a cardiac arrest on the trail outside North Boulder Recreation Center (NBRC).

The community member was walking on the trail when he suddenly collapsed. Tennis instructor Gonzalo “Gonzo” Garcia saw the incident and rushed into NBRC to get help. He found Customer Service Team Member III Brian Llamas. As Llamas and Garcia raced over, Llamas paged lifeguards at the center’s pool for help and called 911. Llamas and Garcia moved the community member into position for CPR and Llamas started compressions.

“Instinct took over and I did two rounds of compressions, which took about four minutes, before the lifeguards arrived and took over,” said Llamas.

Deck Supervisor Ian Crittenden and Lifeguard Leah Sanson showed up with an AED (automated external defibrillator), set up the AED and delivered a shock, then continued compressions. All three BPR employees continued lifesaving efforts until city firefighters and EMTs arrived on the scene.

“Thanks to these three city employees’ efforts, when we arrived the community member regained a pulse and started breathing,” said Zoetewey. “The community member was taken to a nearby hospital and has since made a full recovery. Because of their training and efforts, we were more informed about the situation and had more confidence than usual that there may be a successful outcome.”

BPR’s monthly staff training in June included a refresher in CPR. In addition, BPR has held joint training exercises with the Fire-Rescue Department to run through possible emergency scenarios.

On Wednesday, Sept. 1, Llamas received the “Lifesaver Award” and Recreation Supervisor Tim Stabbe accepted the award for Crittenden and Sanson.

“On behalf of the Fire-Rescue Department, I want to thank these three BPR employees for their fast thinking and expert lifesaving techniques to help the community member survive this crisis,” said Zoetewey. ”He’s alive because of them.”

“Thanks for all you do,” said Llamas as he received the award. “We may have saved a life, but it takes a community to make that happen.” 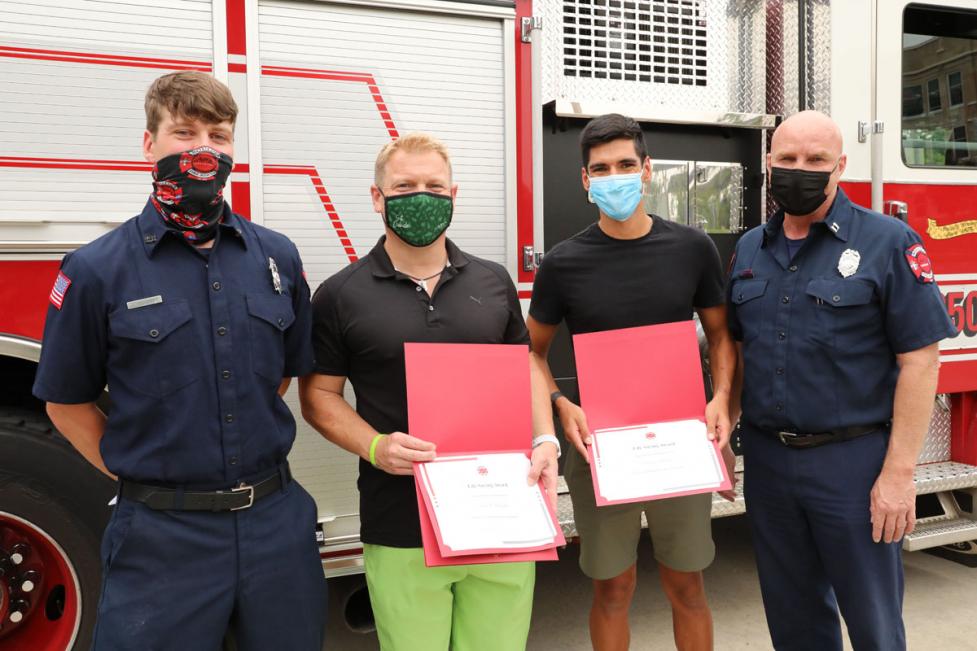