A Q&A with Jonathan Koehn: Hope and the Power of Bold Climate Action 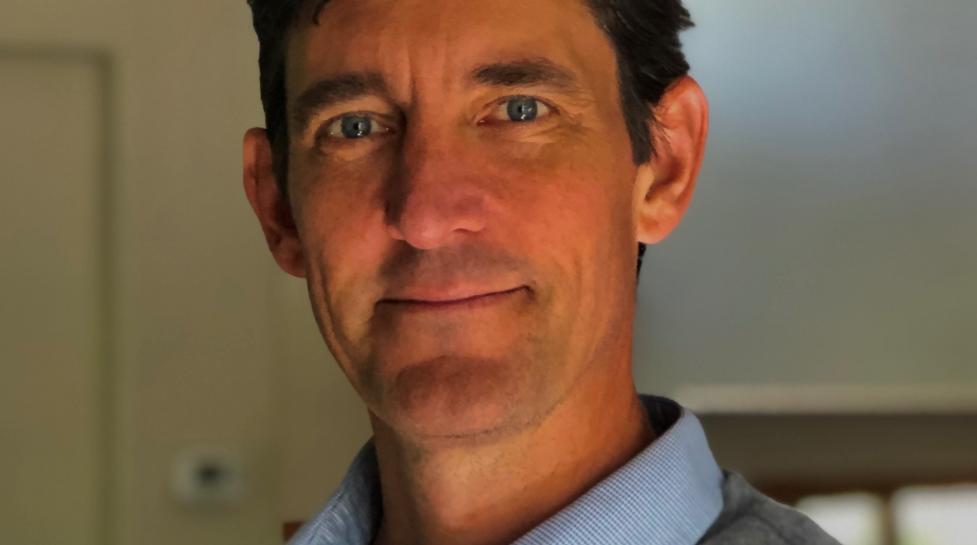 We recently sat down with Jonathan Koehn, the City of Boulder’s Interim Director of the Climate Initiatives department to talk about the city’s new climate goals and why he’s more hopeful than ever for the future.

Q: Let’s start with the hard question first. The release of the most recent Intergovernmental Panel on Climate Change (IPCC) report has left many feeling panicked that we are at a point of no return, as far as climate change is concerned. But you don’t see it that way. Why?

A: It’s true, the report, along with the subsequent wall-to-wall media coverage of it, has left many feeling hopeless.

The IPCC’s latest report was its starkest and it was a truly heavy read. The report essentially confirmed that the Paris Agreement goal of limiting global warming to ​​1.5°C by 2050 was out of reach. And amid the damning findings was the conclusion that human activity is absolutely, “unequivocally” to blame for the climate crisis.

One of the central themes of the report, however, was that hope should not be lost, that it’s not too late to act.

The scientists who authored the report emphasized that if we can cut global emissions in half by 2030, and reach net zero emissions by 2050, we will be able to halt — and maybe even reverse — the forecasted temperature rise.

So, while it was easy to read the 40-some-page summary and believe it is pointless, that we are too late, that none of it matters, I would also point out that the fossil fuel industry knows this is not true.

Their fear of a determined, informed public is why they promoted campaigns of climate denial and “individual responsibility” in the first place. They knew that if people were unsure about the validity of the problem, they’d waste time fighting about it instead of mobilizing to fix it. They knew if people were confused about the solution, they’d focus on trying to change themselves and each other instead of changing the system.

It should be abundantly clear that climate change is not a problem of the future — it’s here and now. So, the consensus is that there are five key concepts that we need to understand about climate change: Scientists agree, it’s real, it’s us, it’s bad, but there’s hope.

Q: So, how do we communicate this message? How do we effectively get the word out and inspire action?

A: To date, most communication about climate change has focused on the “it’s bad” part. One of the most powerful and insidious forces we face is resignation. A numb acceptance that we can’t change things.

This, unfortunately, has led to a lot of doom and gloom and fear-based appeals, which are problematic if they are conveyed without the final element — that there is hope.

What is needed now is to clearly communicate that this is doable, that this is a solvable problem. We need to harness the power we have as both individuals and as a community.

You don’t have to be a climate scientist or an energy expert to take meaningful action on climate. Every day our community members — our youth, our musicians, our athletes, and our neighbors — are taking action. We are rising to meet the climate crisis before us.

Everyone can do something to address our climate challenge. I’ve seen this with my own eyes in Boulder, for sure, but we’re also seeing meaningful action unfold in cities across this country and across the globe.

Q: Climate change feels like a gigantic, insurmountable challenge. How can one city change the course of the ship?

A: Well, there are a few things I’d say.

Boulder has long led on actions to preserve the environment, reduce greenhouse gas (GHG) emissions and tackle climate change — with City Council and the community consistently demonstrating support for these efforts.

Our vanguard environmental policies and approaches have been scaled up and replicated by like-minded cities worldwide. Other cities look to us to lead the way – and that’s what we’re doing.

However, we also know that addressing the climate crisis requires collective action and systemic changes at a scale broader than can be achieved by individual communities alone.

The past 15 years of climate planning and carbon mitigation efforts have driven local carbon emissions 21% below 2005 levels. These reductions place Boulder on the forefront of communities internationally in achieving real, tangible carbon emissions reductions.

But the reality is that cities can’t achieve the necessary emissions reductions alone, nor will the success of a few cities alone be enough. Scientists tell us that we have until 2030 to make the massive, societal, systems-scale changes required to stave off the worst effects of climate change.

While the situation is urgent, we are also in an incredibly inspiring moment. Every day, new leaders join the cause from every corner of the globe, including here in Boulder.

Our community is poised to take the next step in this work, however the city’s climate action work moving forward must look different than it has in the past.

Q: You mentioned earlier that “climate change is a big problem that demands bold solutions.” Can you talk about what the city’s Climate Initiatives department is doing to rise to meet the scale of the challenge? How has Boulder shifted its approach to meet the urgency of the climate crisis?

A: One, we’re shifting our attention to the systemic. What does that mean? Well, we’re going to be widening our focus beyond energy systems and beyond the Boulder city boundaries.

This will require a continuation and strengthening of our collaboration with partners, other cities and government agencies to achieve impact at a larger scale.

Second, there is an increasingly urgent need to bolster our resilience to climate change and to address the inequities that climate change perpetuates.

From catastrophic fires and floods to blistering, extended heat waves, the past months have provided a chilling reminder of the need to prepare for this ‘new normal’ of extreme weather events fueled by climate change.

Third, we’re exploring an increasingly important tool for managing emissions — natural carbon drawdown strategies. We’re working together with other departments across the city to employ trees, vegetation and soil to absorb carbon and increase our resilience to climate change.

We are also looking into new opportunities for climate action, including land use and how to leverage financial and economic systems in favor of sustainability and equity.

A: Yes, exactly! We are at a major crossroads and the clock is ticking. Now is the time to give it our all.

Every living thing on Earth, our selves included, is dependent on a healthy, functioning biosphere. And the whole history of human civilization has played out within a stable biosphere, which allowed us to flourish and grow.

However, now we’re now in a situation where the planet’s living systems are under severe stress, from the destruction of biodiversity, the over-exploitation and mismanagement of resources and the breakdown of a stable climate.

We know that our deeply-intertwined systems are in crisis, and as they fall apart, we risk crossing into irreversible tipping points and into to a point of no return. We also know that we are at this point because of decades of human decisions.

The IPCC report reinforced that the coming decade will be one of transitions – for good or for ill.

The world’s scientists are clear on the dangers. They have done their part to inform us as to what needs to be done.

So, it’s our job is to turn that knowledge into action.