Year One Accomplishments of the Xcel Partnership 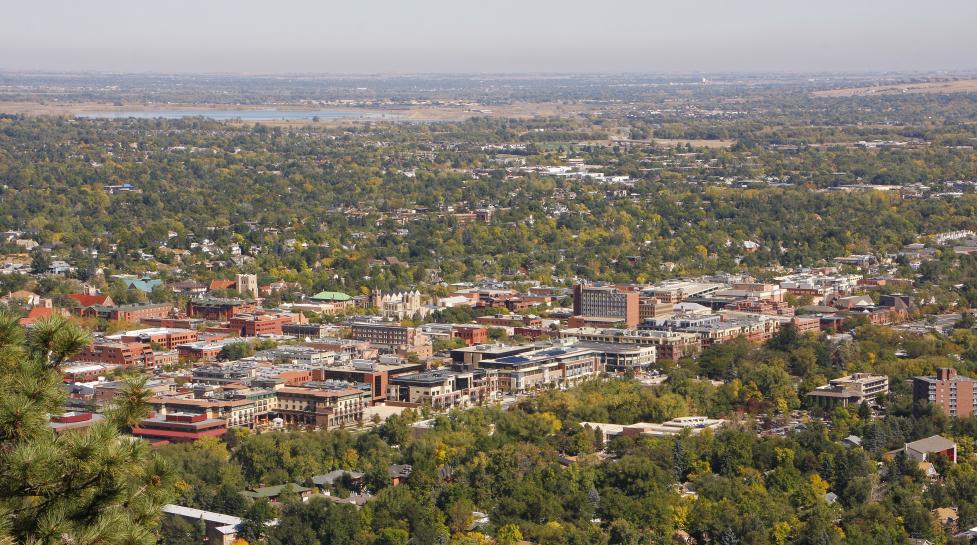 One year ago, the city and Xcel Energy entered into a new partnership agreement that set a new course for the community’s energy future.

One of the first priorities for the new partnership was to get organized. Because the city and Xcel own the partnership equally, the two groups set up two committees to share power: the Executive Team and the Project Oversight Team. The Executive Team, made up of leaders from the city and Xcel, is responsible for management of the partnership, while the Project Oversight Team is tasked with the design and execution of projects.

Learn more about the partnership’s governance.

In addition to oversight by staff and elected officials, the community is also responsible for directing partnership activities. To formalize community input in the partnership, the city and Xcel created a Community Advisory Panel. In May, the city announced the 17 members of the panel, representing a variety of perspectives and areas of expertise. The panel met three times in 2021 and will continue to meet quarterly throughout the partnership. In addition, Community Advisory Panel working groups will tackle two important issues early next year: building electrification and achieving 100% renewable electricity.

Learn more about the Community Advisory Panel and access prior meeting materials.

Included in the partnership agreement, the city and Xcel agreed to work together at the state legislature to achieve shared goals. The first action for this joint effort was eliminating or substantially increasing the 120% rule, a state law that limited the size of on-site solar installations to 120% of a customer’s historical annual energy usage. Under this system, buildings with room for solar but low electricity usage — like warehouses or parking garages — left a lot of solar potential unused. The system also presented significant barriers to those seeking to add solar as part of electrifying their homes and vehicles, or for the purpose of making buildings more resilient.

In June, Gov. Jared Polis signed into law Senate Bill 261, which increases access to solar energy across Colorado. The new law expands the size of systems that can be installed and gives property owners more flexibility about where to site solar. Bill sponsor Sen. Steve Fenberg credited Boulder and Xcel for helping pass the bill, saying, “I especially want to thank the City of Boulder for their leadership. That really is what led to this bill coming to fruition.”

One of the most critical elements of the Xcel partnership is Boulder’s ability to achieve its climate and energy targets, especially 100% renewable electricity by 2030. In 2021, the partnership’s progress toward this target took the form of advocacy in a state regulatory process.

Every four years, Xcel Energy files an Electric Resource Plan (ERP) with the Colorado Public Utilities Commission. Through the ERP, Xcel presents its forecast for future electricity needs and its plans for the type and number of new power plants that must be built to meet future energy demand.

On Nov. 24, the City of Boulder joined several parties in a settlement of many key issues in the ERP. Most importantly, the settlement commits Xcel to shutting down almost all its coal operations before the end of the decade. The one remaining plant will operate at significantly reduced capacity until it closes permanently no later than the end of 2034. The commission is set to consider approval of the settlement later this year.

In addition to the necessary efforts to organize the partnership, Xcel and the city also began efforts to modernize the community’s energy grid. Guiding this effort are three goals: improve reliability, protect critical infrastructure and plan for the grid of the future. In 2021, the city and Xcel reviewed the community’s historic reliability data to identify the areas most vulnerable to outages. Xcel also broke ground on an undergrounding project on North Broadway from Violet to U.S. 36.

Transportation emissions make up an increasing percentage of Boulder’s - and Colorado’s - annual greenhouse gas emissions. Driving an electric vehicle reduces emissions compared to the average gas-fueled vehicle and can improve local air quality. In late 2021 and 2022, the city will work with Boulder County communities and Xcel Energy to develop a regional electric vehicle charging infrastructure plan to offer home and public charging stations to meet the needs of residents and businesses across the region. The city will also continue to develop and expand innovative electric vehicle projects, such as the vehicle-to-building charging station at North Boulder Recreation Center.

In short, 2021 marked the beginning of a new phase for Boulder’s efforts to create an energy future that’s renewable, reliable and affordable. Next year, the city and Xcel – in partnership with the community – will build on the foundation set in 2021 to accelerate project implementation.

Interested in staying up to date on the Xcel partnership? Sign up for the city’s Climate Initiatives Newsletter.