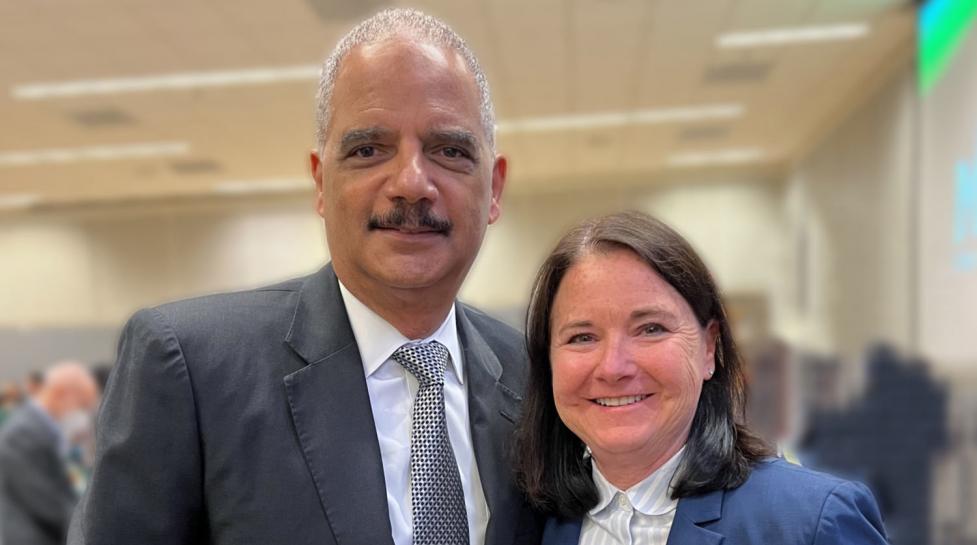 BOULDER, Colo. – The Boulder Police Department is proud to announce that Chief Maris Herold was inducted into the Evidence-Based Policing Hall of Fame this week in recognition of her lifelong efforts implementing evidence-based strategies from Cincinnati to Boulder.

“I began my career as an emergency psychiatric intake worker and social worker, serving diverse urban populations. My frustration with state- and county-run bureaucracies that failed to adequately serve vulnerable populations led me to transition into a profession that I believed was more responsive to community needs: policing,” Chief Herold said. “These early experiences ultimately shaped my understanding and vision as a police executive. I am committed to the principles of equity, effectiveness, and ethical policing, driven by evidence-based policing.”

The Hall recognizes innovative law enforcement practitioners who have been central to the implementation of a high-quality research program in their agency and are also relentless champions of institutionalizing evidence-based practices. These leaders of evidence-based policing not only help make high-quality police scholarship possible but also advance significant reforms in policing by utilizing science in their decision making.

In her nomination, individuals wrote that Chief Herold’s efforts “have changed the individual agencies and communities in which she has worked and significantly advanced the law enforcement field both nationally and internationally. She is a national thought-leader in the areas of problem-solving, place-based policing strategies, and violence reduction.”

Here are just a few of the examples highlighted in her induction:

The Center for Evidence-Based Crime Policy (CEBCP), housed within the Department of Criminology, Law and Society at George Mason University, seeks to make scientific research a key component in decisions about crime and justice policies. The CEBCP carries out this mission by advancing rigorous studies in criminal justice and criminology through research-practice collaborations, and proactively serving as an informational and translational link to practitioners and the policy community.

Chief Herold has received several awards for her community collaboration and large-scale problem-solving projects to reduce crime and improve services for at-risk populations, including the 2016 Cincinnati Collaborative Agreement and Problem-Solving Award, and the 2017 and 2022 Herman Goldstein Awards for Excellence in Problem-Oriented Policing.