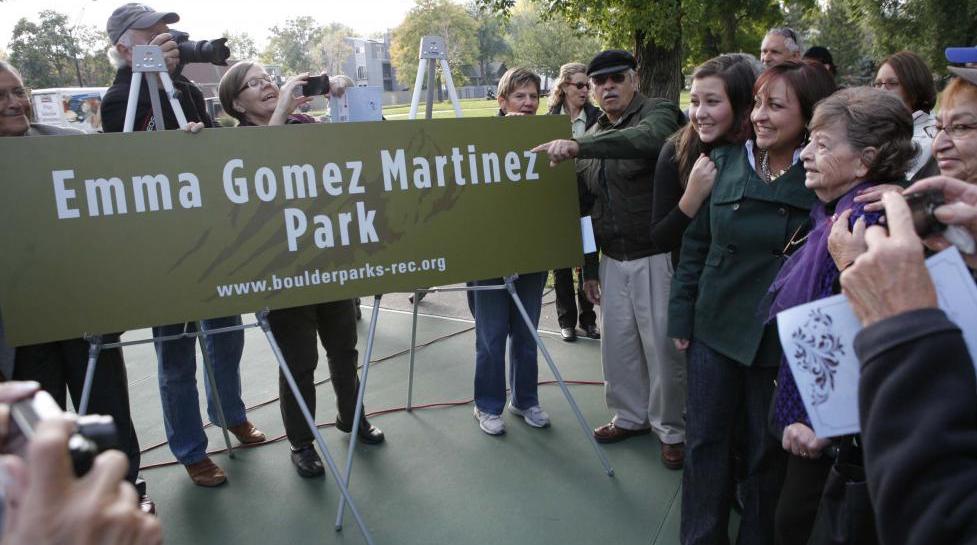 William Shakespeare wrote, “What's in a name? That which we call a rose by any other name would smell as sweet.”

Boulder’s Parks and Recreation Department (BPR) may not have many rose bushes in our park system, but we do have quite the flowery history of park names. Thanks to the research done by 70 undergraduates and graduate students with the University of Colorado Boulder’s Department of History, BPR now has a very thorough history of the naming of the city’s parks to share with our community.

Of Boulder’s parks, 29 are named after individuals or families, 26 for streets or neighborhoods, seven for nearby landforms, three for flora or fauna, and the rest after programs, businesses, schools, and organizations.

“I was eager to get students involved in projects that invigorated the classroom experience, especially during the pandemic,” said Professor of History Phoebe Young, who co-led the project. “I wanted to help them see the value of history in the public forum.”

Prior to 2007, parks were named in a variety of ways. Today, the park naming process is driven by BPR’s “Park and Plaza Naming and Dedication” policy, which outlines how parks are named and might be renamed.

Looking to the future, BPR will continue to explore park names to ensure that they reflect city values and further the city’s Racial Equity Plan’s goals and strategies. This strategy would inform the naming of future parks, such as Violet Park, which will be designed and built in 2022-2023 and is currently named for the street adjacent to the undeveloped site.

“This project gave students a chance to engage in work that had a public audience and impact, beyond just turning in an exam or essay,” said Young. “It was a small sample of how the often-implicit connections between classroom study and social policy or action can translate into explicit contributions.”

“The city is deeply grateful for the scholarship and partnership of the staff and students at CU Boulder's Department of History,” said BPR Director Ali Rhodes. “They have helped us tell the stories of our parks’ names and framed how we can ensure Boulder’s park names reflect our community and its values.”