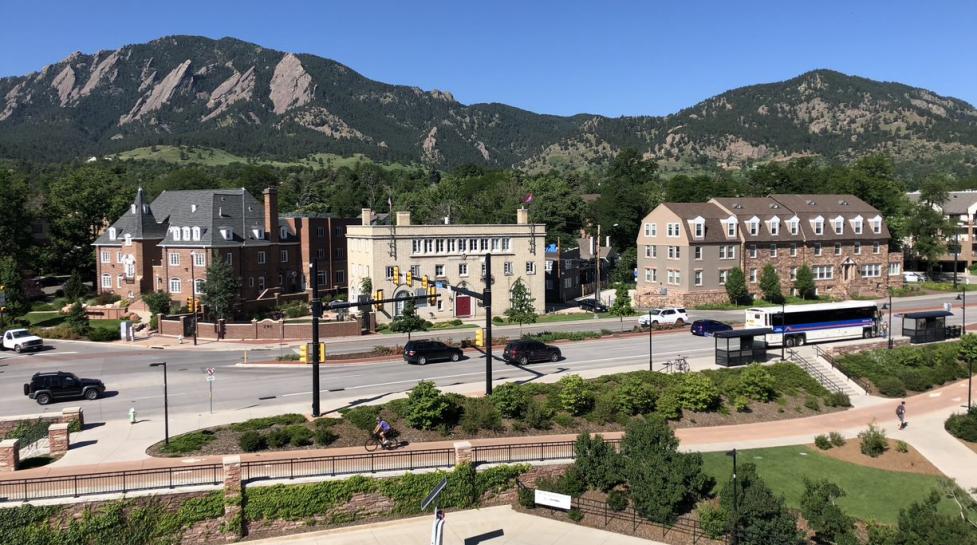 The Vision Zero Boulder: Safe Streets Report found that the majority (65%) of severe crashes in Boulder are happening on high-traffic arterial streets.

The Vision Zero Boulder: Safe Streets Report found that the majority (65%) of severe crashes in Boulder are happening on high-traffic arterial streets.

The City of Boulder will adjust its crash mitigation strategies to focus on high-traffic arterial streets instead of local streets, following direction from City Council earlier this year and findings from the recently released Vision Zero Boulder: Safe Streets Report.

The Vision Zero Boulder: Safe Streets Report found that the majority (65%) of severe crashes in Boulder are happening on high-traffic arterial streets. Severe crashes are defined as those resulting in serious injury or fatality. Arterial streets, such as Arapahoe Avenue, 30th Street, Baseline Road and Broadway, typically have higher posted speed limits and traffic volumes.

In response, the city is shifting its investments and resources to design and construct improvements on a “Core Arterial Network” (CAN). The CAN will be a connected system of protected bike lanes, intersection enhancements, pedestrian facilities and transit upgrades that will help make it safer, more comfortable and more convenient for people to get where they need to go via Boulder’s main corridors.

Many projects are already underway to improve arterial safety and others will come online over the next 3-5 years. Current projects include:

Additional projects identified on the CAN include multimodal safety and transit improvements to Iris Avenue, Folsom Street, and Broadway. The city is planning to apply for funding from the Denver Regional Council of Governments (DRCOG) Transportation Improvement Program (TIP) to further improve arterial safety and build additional multimodal facilities. This process will kick off in the spring and include opportunities for community members to provide their feedback on the project proposals.

“These findings show us where we need to be focusing our efforts to prevent the most severe traffic crashes from happening in our community,” said Transportation and Mobility Department Director Erika Vandenbrande. “These are some of our most well-traveled corridors that our community members depend on to get to work, school, the store and to visit friends and family. No one should be killed or severely injured by traffic crashes on our streets. We look forward to working with City Council to fast-track our efforts toward creating a safer transportation system in Boulder.”

Other findings from the Vision Zero Boulder: Safe Streets Report, which looked at crash trends in the city between 2018 and 2020, include:

The findings in the Safe Streets Report will help the city develop a Vision Zero Action Plan later this year that will identify additional strategies to reduce crashes in Boulder and make progress toward achieving Vision Zero. Vision Zero is the Boulder community’s goal to bring the number of serious injuries and fatalities caused by traffic crashes to zero.

The Safe Streets Report is used to identify, prioritize and plan actions the city can take to improve transportation safety. Find the full report at https://bouldercolorado.gov/services/safe-streets-report.