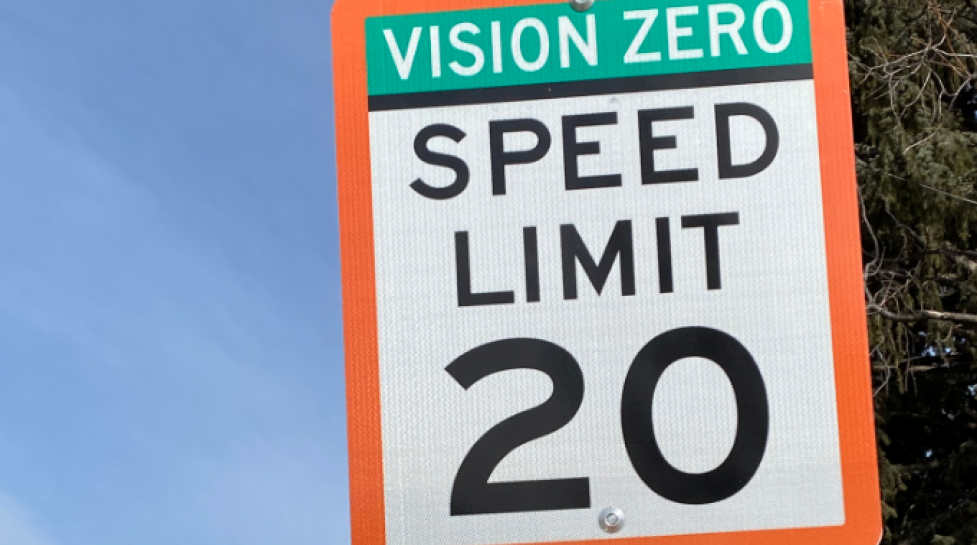 Installation of street improvements to make 13th Street a Neighborhood GreenStreet has been completed! The city has installed safety signage and paint markings to improve the safety and comfort of people walking and biking.

The improvements make 13th Street from the Boulder Creek Path (between Arapahoe Avenue and Canyon Boulevard) to Iris Avenue a Neighborhood GreenStreet. These are low-traffic streets prioritized for walking and biking where people of all ages and abilities feel safe and comfortable.

The speed limit on 13th Street from Canyon Boulevard to Elder Avenue has been lowered to 20 mph from 25 mph. New Vision Zero speed limit signs have been put up to remind drivers to slow down.

Due to a limited budget for Phase I implementation of the 13th Street Neighborhood GreenStreet project, staff recommends a Phase II of the project to install more costly engineering treatments. A timeline for Phase II improvements will be established as funding allows.

Why did 13th Street become a Neighborhood GreenStreet?

Sections of 13th Street were identified through the Low-Stress Walk and Bike Network Plan as areas where engineering treatments and other improvements would significantly enhance the comfort and safety of pedestrians and bicyclists. This finding along with the street's low level of vehicle traffic, low speed and existing signal timing for bicycles makes 13th Street a great fit for becoming a Neighborhood GreenStreet. 13th Street is also a already well-known corridor that many pedestrians and cyclists choose to travel and has a central location, connecting people of all ages and abilities to key destinations including the North Boulder Recreation Center, Community Plaza Shopping Center, Casey Middle School and Downtown Boulder.

As Boulder's first GreenStreet, the 13th Street Neighborhood GreenStreet will be dedicated to Al Bartlett, an influential bike advocate and University of Colorado Boulder professor during the 1960s and '70s when Boulder's bike system was just beginning to take shape. Bartlett and his student assistant Ted Wells submitted their "Bikeways for Boulder" plan to the city in 1968 and worked to create Boulder's first bike routes. We have Al Bartlett to thank for Boulder’s amazing cycling culture and many of today’s Boulder Bikeways! 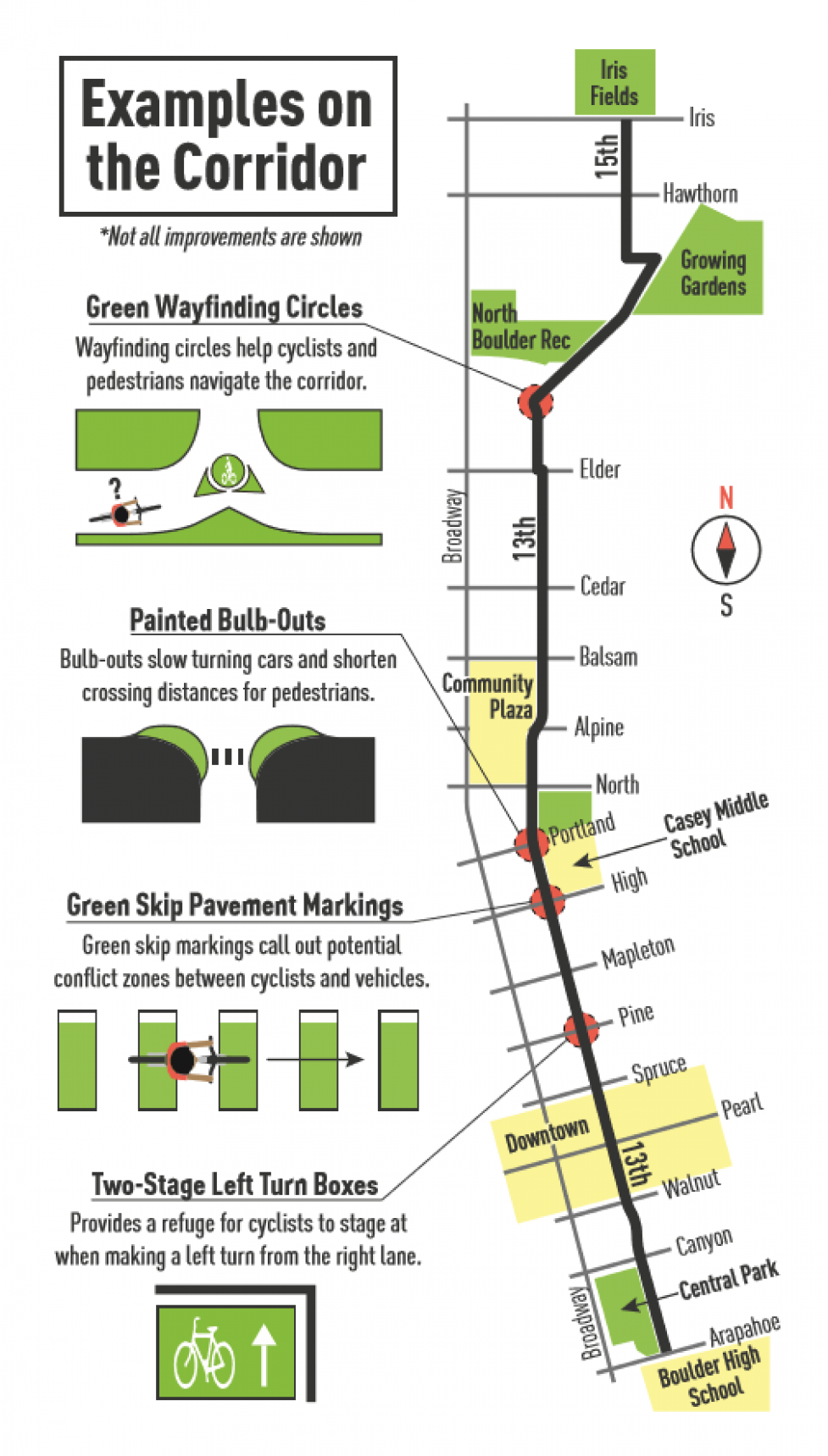