View the Boulder Star from Afar When It's Relit on Nov. 11 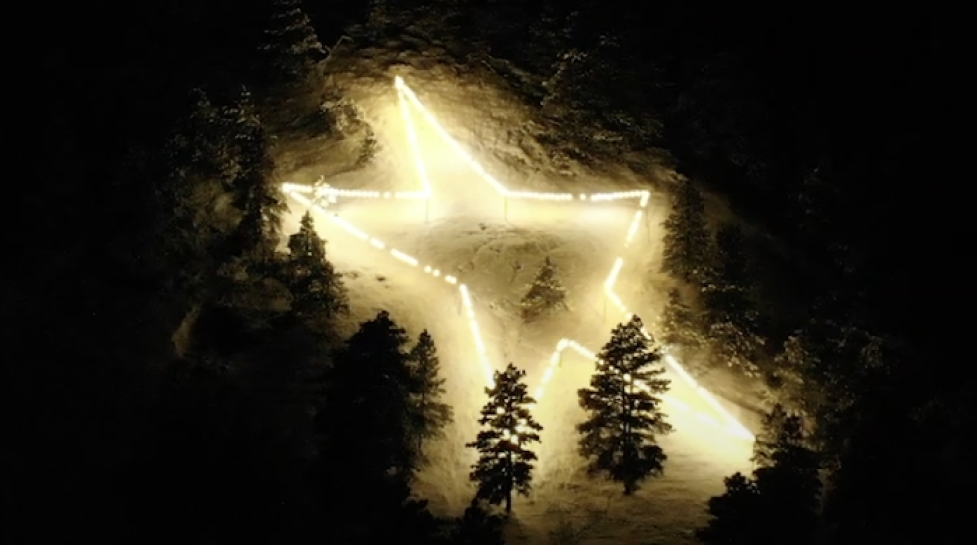 The Boulder Chamber, with the support of Lord & Reynolds Electrical Services, the CU Boulder Veterans Alumni Association, and City of Boulder Open Space and Mountain Parks, will light the Boulder Star on Veterans Day, November 11.

The City of Boulder reminds everyone to view the Boulder Star from afar as it remains closed. No designated trail currently leads to the Boulder Star, which sees large gatherings during the winter. View open space locations to see the star below.

The annual Veteran’s Day lighting of the Boulder Star is a tribute to active and former members of the armed services. The Boulder Star lighting also kicks off the holiday season with a symbol of hope and inspiration that can be seen for miles during the long winter nights. This year marks the 75th anniversary of the Boulder Star’s first lighting in December of 1947.

The star is located on steep terrain that has sustained significant plant and erosion damage because of increasing visitation over the years, leading to numerous wildlife habitat disturbances. Currently, the area is closed.