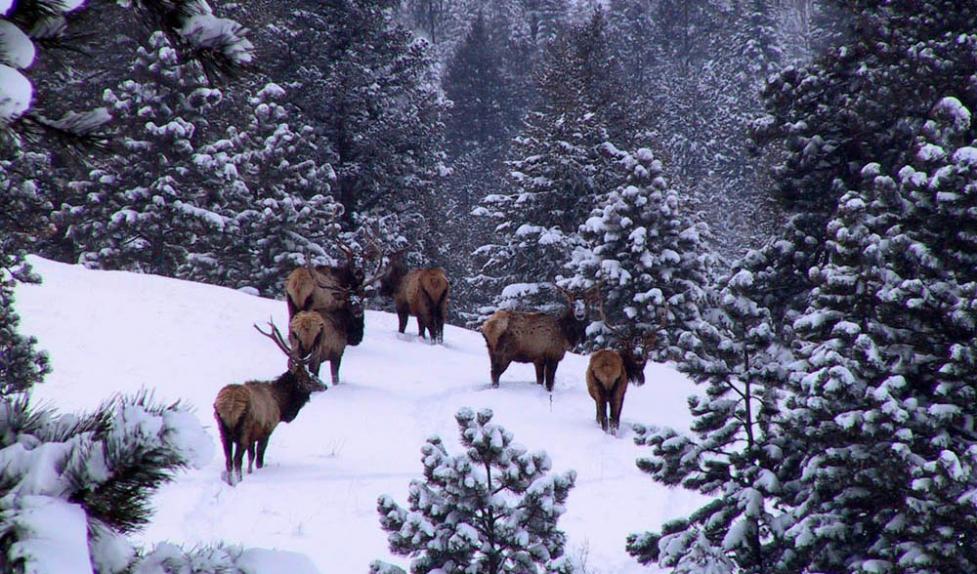 Boulder is unique among Front Range cities due to the preservation of the mosaic of ecosystems that form the foothills backdrop. Animal diversity tends to be higher in the low foothills of Open Space and Mountain Parks because of the mild climate and abundance of food and cover. A wide array of species inhabits Open Space and Mountain Parks, and their survival depends in part upon your actions while visiting their home. Please help us to keep our wildlife wild--do not approach or feed animals, and enjoy them from a respectful distance. By staying on designated trails, respecting trail/area closures, and following posted dog regulations, you can help us to preserve and protect critical wildlife habitat. Please familiarize yourself with Wildlife Watching Ethics to assure that the joy you feel observing and photographing wildlife doesn't come at their expense!

Open Space and Mountain Parks lands are home to both black bears and mountain lions. Learn more about these animals and what to do if you see one.

At least 59 mammal species have been documented on OSMP. The area provides a haven for many species as precious habitat shrinks with increasing development of surrounding areas. Several species of bats hibernate and roost in the area and help to keep insect populations in check. 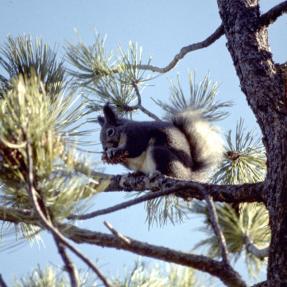 Some of our most frequently seen mammals include:

Occasionally, visitors are fortunate enough to catch a glimpse of (or hear!) such species as:

The world's only flying mammals are right here in Boulder. They appear at dusk over ponds and waterways to drink and forage. Most people are entirely unaware of their presence, much less their benefits to the ecosystem. The rich ecosystems of OSMP are a great place to be a bat! The rock formations of the famous Flatirons create nooks and crannies that provide just the right combination of warmth and air flow into which the bats comfortably wedge themselves.

Boulder County is home to 11 different species of bats, one-quarter of all the bat species present in the U.S. The diversity and richness of species here is magnificent and offers alert visitors a chance to observe bats around dusk as they flutter through the plains and canyons.

Townsend's Big Eared Bat, which occurs in the Boulder area, is a sensitive species in need of immediate protection. Only eleven breeding colonies are known in Colorado; two of them are on OSMP.

Seasonal wildlife closures protect this and other species.

OSMP is fortunate to have a good representation of "herptiles"--the reptiles and amphibians.

Sawhill Ponds is a great place to glimpse turtles sunning themselves and provides marvelous habitat for OSMP's amphibians--the frogs, toads, and salamanders.

Visit OSMP's Osprey Cam page during the spring and summer months to check in on a nesting osprey pair.

More than 100 species of breeding birds have been reported on OSMP. Many of OSMP's bird species are migratory, flying northward from Mexico and Central America along the base of the mountains in the spring, and returning south in the fall. Many remain throughout the year, although some may move from plains to the mountains during breeding season.

The insect world is incredibly rich and diverse. Here you will find the tiny Gaillardia Moth, an insect whose red head and yellow body match the colors of the gaillardia or blanket flower. The butterflies present in the summer bring as much color to the meadows and hillsides as the wildflowers. Look for Spring Azures, tiny radiantly blue butterflies that gather around puddles in early summer, making hikers wary of misplaced footsteps. The summer breezes are filled with orange and black checkered fritillaries, monarchs, and brown eye spotted wood nymphs, and yellow and black swallowtails soar in command of the air. As you hike on Chautauqua Meadow trails, watch for a praying mantis' slow but deliberate stalking of prey, spittle bugs froth on plant stems, and dragonflies patrolling clearings hoping to snatch a careless mosquito. Listen, too, for the sounds of cicadas filling a forest with their chatter. From jumbo bumble bees bullying their way into flowers to caterpillars building silken condos in the chokecherry bushes, the mysteries of Open Space and Mountain Parks insects await the curious and observant.

Give Them Some Space! Wildlife Watching Ethics on OSMP

Watching wildlife is a great way to enjoy nature and fun for people of all ages. But as you watch, remember that the animals may not enjoy it quite as much as you do.

Our natural urge is to get as close as possible. This is particularly true when you're trying to set up the perfect photograph. When a person tries to cautiously approach an animal, the animal may interpret the approach as a predator stalking its prey and become frightened. Humans should never disturb birds in their nests or mammals in their dens or with their young. OSMP seasonally closes certain parts of our land system to all users to protect breeding wildlife.

Here are some suggestions on the proper way to watch wildlife:

Observe animals from a distance THEY consider safe.

Limit the time you spend with the animals. 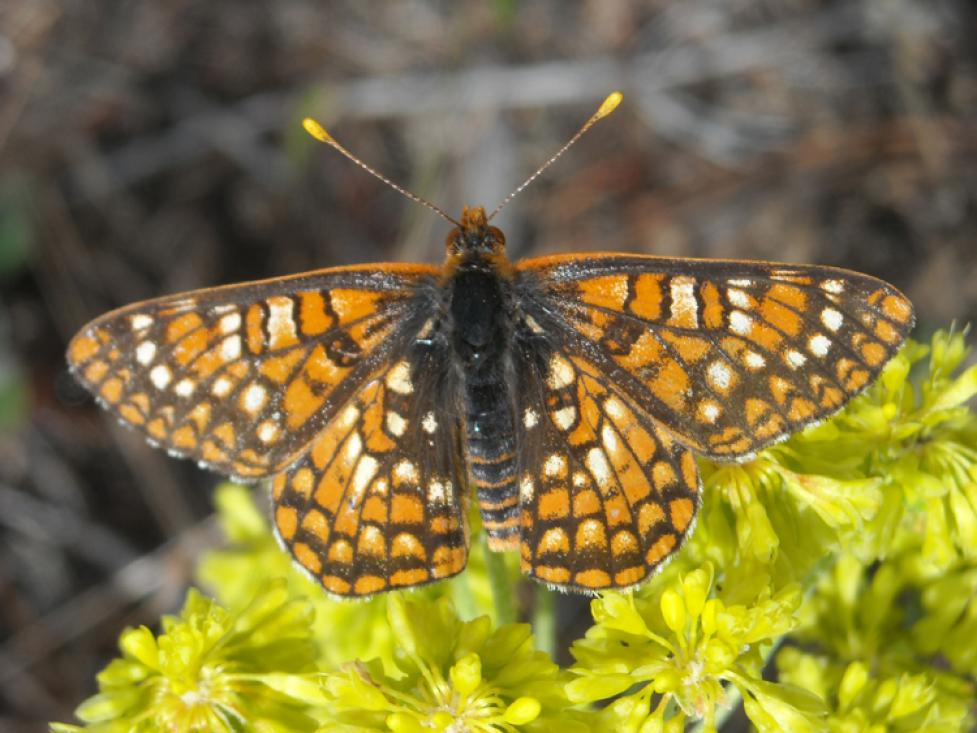