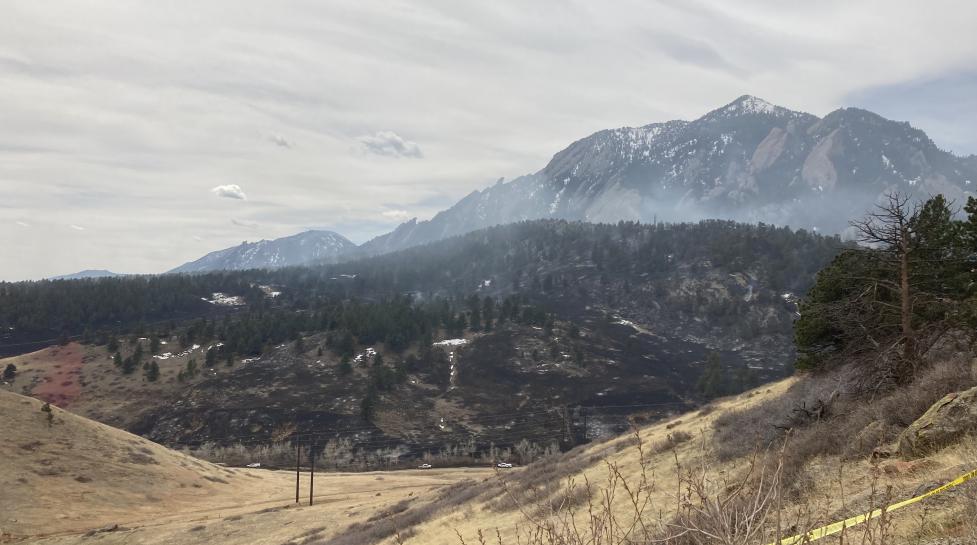 The Boulder City Council will discuss the potential climate tax ballot item later this month. In its latest proposal, the city outlined plans to increase the community’s investment in climate efforts from the current annual rate of $4 million to $6.5 million through a new climate tax. The funds would support the city’s ongoing climate and resilience efforts. The new proposal includes plans to use $1.5 million of the collected revenues each year to accelerate wildfire resilience measures. Like all taxes, the proposed climate tax would require City Council and voter approval before going into effect. Council will discuss the proposal and first reading of the ordinance at its July 21 meeting.

“After the Marshall and NCAR fires, it’s clear that wildfire preparedness is top of mind for Boulder leadership and community members,” said Boulder Fire Chief Mike Calderazzo. “With the proposed climate tax, we have an opportunity to make urgent investments to better protect our community from the impacts stemming from the climate crisis.”

Currently, two taxes provide the bulk of funding for the community's climate efforts: the Climate Action Plan (CAP) and Utility Occupation taxes. Together, they generate about $3.9 million in funds each year. The CAP tax is set to expire early next year. Without action, climate funding will decrease by about $1.8 million per year.

“Boulder community members and businesses have long demonstrated their commitment to climate action at the local level,” said Interim Director of Climate Initiatives Jonathan Koehn. “The proposed climate tax enables accelerated efforts to address the causes of climate change, at a time when communities like Boulder must step up yet again. We know that climate change is here, and we all have to do our part to achieve the city’s aggressive climate goals.”

The proposed climate tax would replace the two existing climate taxes and as designed, would sunset in 2040. Using the same mechanism as the existing Utility Occupation Tax, the proposed climate tax would be levied on the provider(s) of natural gas and electricity – currently Xcel Energy – and would be passed on to customers. If approved by City Council and voters, the city estimates that average energy bills will increase for customers:

If approved, revenues from this tax would support ongoing and new climate and resilience projects. Those could include direct cash assistance to homeowners, landlords and businesses to fund energy efficiency upgrades; projects such as microgrids and energy storage to support resilience and renewable energy development; residential and commercial building electrification; expansion of transportation electrification projects and electric vehicle charging stations; and advancement of natural climate solutions. Wildfire resilience projects would include funding for a dedicated fire risk assessment team; grants to support residential wildfire risk prevention measures like vegetation management, fence reconstruction and roofing/siding replacement; strategic undergrounding of power lines; and ecosystem restoration.

City Council is also considering whether to seek voter authorization to issue debt against the funds generated by the climate tax. Debt authorization would enable accelerated investment in these programs.

Since introducing the topic of an updated climate tax in February, the city has been collecting feedback from the community which shaped staff’s proposal. The results from a May and June survey of Boulder voters found that the community is deeply concerned about the climate crisis and is largely supportive of the city’s tax proposal. A majority of voters, 71%, said they would vote to approve a new climate tax at an annual rate of $8 million per year. The poll also found that many in Boulder support accelerated city investment in wildfire preparedness.

The city invites community members to share their feedback on the proposal using the city’s Be Heard Boulder platform. Council has scheduled a public hearing on the potential ballot item in August. In addition to the public process, businesses can participate in a survey open through July 26.

For more information about the climate tax proposal, visit the city’s website.