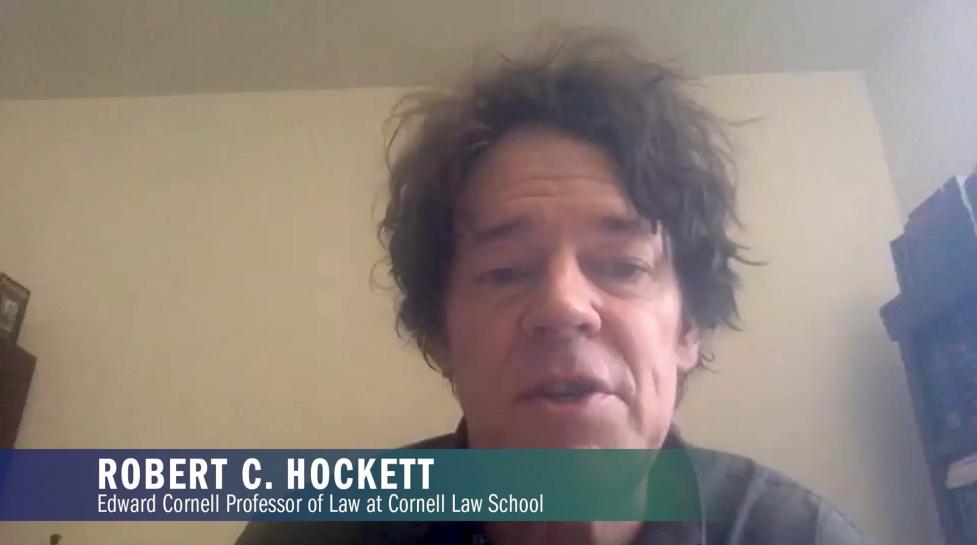 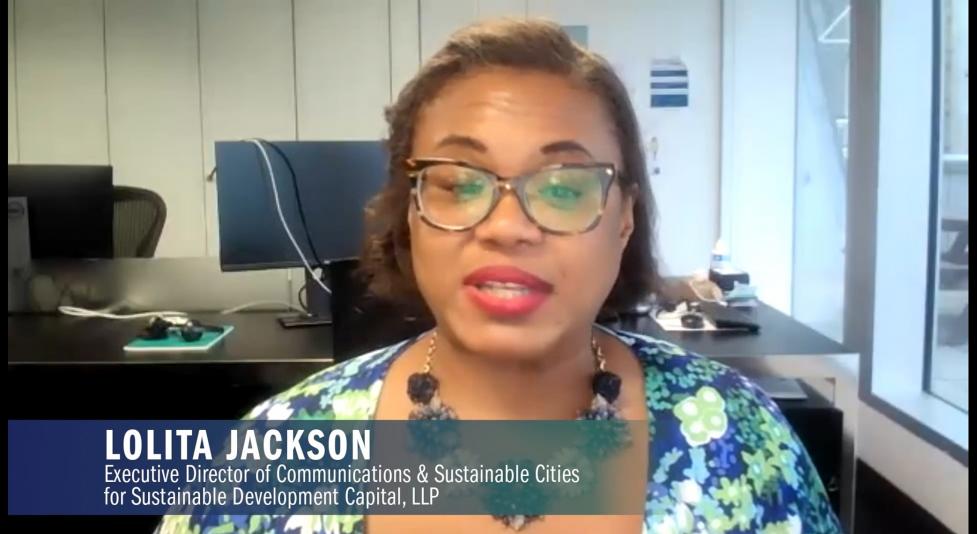 From the early days of divestment campaigns to the resurrection of industrial policy, the second installment of the six-part Boulder Forum on Economy, Climate and Community covered a lot of ground.

The June 18 event called in climate finance heavyweights Lolita Jackson and Robert Hockett to discuss the ways in which public policy enables the economic conditions that perpetuate fossil fuel dependency.

Framing the conversation around the intersection of business opportunities with the climate moral imperative, Kohen posed the questions of the hour: How is our economy perpetuating carbon-based energy systems and what are the major shifts we must facilitate?

Changing the incentives and the economics at play

Lolita Jackson’s presentation took a holistic view of the drivers of climate change, linking together everything from our food and clothing systems to transportation.

Jackson, the former Special Advisor for Climate Policy and Programs in the New York City’s Mayor’s Office dissected how money can affect climate mitigation planning and success, “in some ways that you don’t even realize.”

Jackson was instrumental in the development of every New York climate plan to date, starting with PlaNYC in 2007. And, as Koehn pointed out, New York was the first city in the nation to leverage fossil fuel divestment — Jackson’s work with the mayor’s office was at the heart of this emerging movement.

Jackson talked about the outsize impact of subsidies on the production of artificially “cheap energy.” She explained how the enormous U.S. subsidies to the fossil fuel industry — which amount to roughly $20 billion dollars annually — drive consumption of oil, natural gas and coal.

Pivoting to the micro, Jackson used the example of government subsidies for corn and beef to lay out the connection between economic policies and how they encourage or discourage personal choices and behaviors.

As is the case with fossil fuels, subsides keep the price the consumer pays for specific food items artificially low, even though the cost of their production and consumption — in terms of public health and environmental impacts — is steep.

The consequences of these policies are then magnified in low-income neighborhoods where it is much cheaper to eat processed or fast food than it is to eat healthier foods, explained Jackson.

And these artificially low prices for everything from food to air travel to fast fashion drive environmentally destructive personal choices and encourage wasteful consumer behaviors, she said.

“The system is set up for the people to participate in it in exactly this manner,” said Jackson. “The important thing is to do something to change the incentives and, thus, the economics.”

The discussion shifted over to “the business side of things,” with Cornell University Professor of Law, Robert Hockett.

As Kohen noted in his introduction, Hockett “quite literally wrote the book on ‘Financing the Green New Deal,’” and has been serving as advisor to Congresswoman Alexandria Ocasio-Cortez on the Green New Deal as well.

Putting on his “financial/regulatory scholar’s hat,” Hockett explained that, through policy and public expenditures, “we stack the deck” in favor of planetary devastation.

And large financial institutions play a central role in perpetuating this vicious cycle.

Hockett explained that by providing easy access to capital markets and offering the ability to borrow and attract investments cheaply, financial institutions enable the continuation of environmentally unjust practices.

The good news is that change is afoot.

Worldwide, central banks — including the Fed (Federal Reserve) — are building climate change into their risk and stress test models. And the law continues to evolve to empower those who have been harmed to hold financers of environmental destruction accountable in court, said Hockett.

The other bright spot on the horizon, according to Hockett, is the advent of Build Back Better (BBB)/the Green New Deal.

Far from the anticipated “humbler” version of the Green New Deal, Biden’s ambitious Build Back Better plan fuses an urgent rescue plan with a revitalization of the nation’s infrastructure and industrial base.

This growing interest in industrial policy and concern for planetary destruction can be merged, said Hockett. “Environmental rescue can be recast as business opportunities, in addition to being urgent necessities.”

We can partner with the private sector, using federal funding to develop the industries and infrastructures of tomorrow, while providing lucrative jobs that “aren’t readily exported, that could reindustrialize the country and bring back a semblance of a middle class — but now, in a more ethnically and racially just manner than was done in the past,” said Hockett.

His final point brought the conversation back to the Boulder context, stressing the important role localities (“cities, towns, states, regions”) will need to play in Build Back Better.

While localities lack the federal government’s access to capital markets and the ability to tax, cities and states are well situated to pinpoint just where and how this large influx of federal cash will be spent.

“The particular threats to the environment tend to differ from region to region and from town to town,” said Hockett. “The localities are best situated to determine where we most need to do what.”

Hockett suggested that in preparation for the influx of BBB funding, that cities hold regular town hall meetings with as many stakeholders as possible to develop a BBB project priority list.

In the Q&A that followed, both Jackson and Hockett drilled down on specific actions cities could take to provide local benefits and shift financial structures and policies.

Hockett recommended that towns and cities look at traditional infrastructure areas, zeroing in on those that are most problematic from the environmental justice and sustainability points of views. He suggested that cities can then think about how to replace those infrastructures “in cleaner, greener ways.”

Jackson pinpointed cities’ procurement processes. She proposed that cities insert criteria into primary energy deals with steel or concrete, for example, mandating that these materials must be secured with sustainability targets in mind.

Getting labor in on the ground floor was another key piece of advice offered up by Jackson.

Looking back on her work in the early days of divestment for NYC, she marveled at the magnitude of impact that labor had on the success of the movement.

In Jackson’s estimation, the labor unions saw the immense value in going green, particularly in terms of jobs, and this propelled the city’s divestment efforts forward.

“…The labor guy was the one saying ‘we have to divest; we have to have money for other things. It was amazing,” said Jackson.

Another key strategy to enable city-led action is a decentralization in its funding.

Hockett drew on his time working at the New York Federal Reserve to advocate for “spreading the Fed,” essentially shifting the power to finance development projects from the federal to local level.

In the current, highly centralized system, Fed programs designed to serve states, cities and small businesses, such as the Municipal Liquidity Facility and the Main Streat Lending Facilities, are administered entirely out of the New York and Boston Fed.

“To think that 15 staffers in lower Manhattan…know every problem of every locality in the country when it comes to municipal finance is just absurd,” said Hockett.

He supports a return to the pre-1935 model, when regional federal reserve banks, such as those located in San Francisco and St. Louis, provided development finance to the local economies directly.

Beyond helping localities, Hockett believes that diffusing finance across the country again can also spur the incubation of new, game-changing startups.

“A lot of the startup activity that’s most interesting and exciting and innovative is precisely in the environmentally friendly, environmentally sustainable space,” said Hockett.

Following the panel event, Colorado State Senator Steve Fenberg joined the forum for a Q&A with Koehn to discuss recent pieces of climate legislation, tightening the focus down to the local level.

A recap of our conversation with Senator Fenberg will be published in part two of this blog series.

Join us on July 23 when we will continue our climate and economy conversations with Oxford economist Kate Raworth. This third Boulder Forum event will delve into the realm of distributive and regenerative economies.

Join the conversation and help us to reimagine an equitable economy of tomorrow.

Learn more about the Boulder Forum.