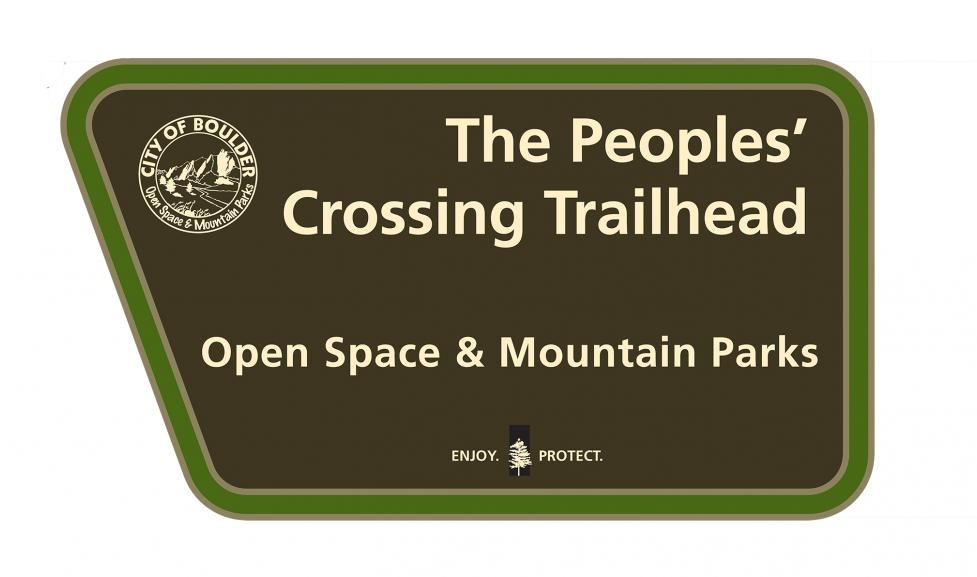 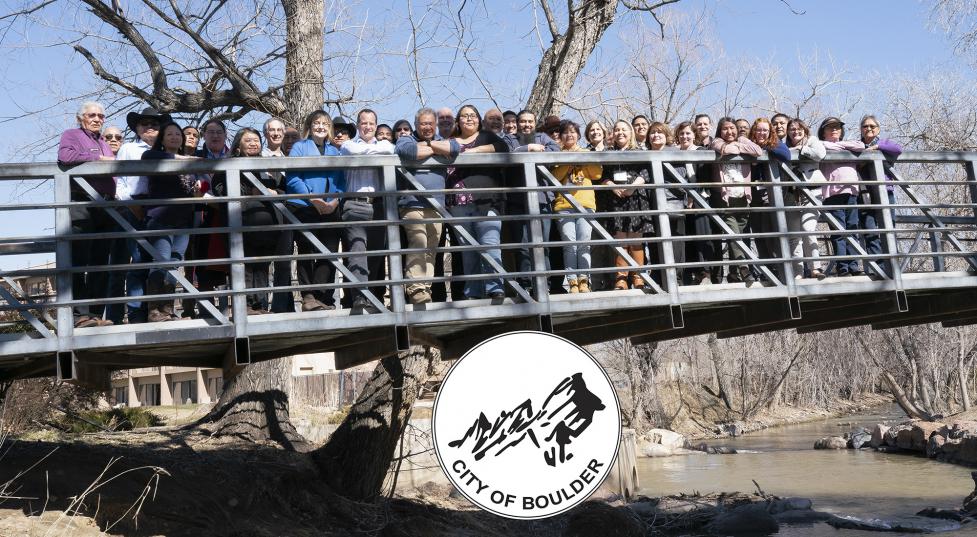 The City of Boulder has renamed “Settler’s Park” in west Boulder to “The Peoples’ Crossing” – a name developed by representatives from federally recognized American Indian Tribes.

The city thanks community members who developed the city's Indigenous Peoples Day Resolution, which led to the process of renaming "Settler's Park." We also extend our deep appreciation to Tribal Nation Representatives for their guidance in helping us to rename Settler’s Park.

The city also anticipates installing temporary signs on current interpretative panels in the area to help inform visitors of the name change, its meaning and how Tribal Nations helped rename the trailhead and park area.

Tribal Representatives’ recommendation to rename “Settler’s Park" helps the city fulfill its Indigenous Peoples Day Resolution, which a community-initiated group developed with the assistance of the City of Boulder Human Relations Commission.

The resolution requires the city to “correct omissions of the Native American presence in public places, resources and cultural programming.” It also specifically directed the city to receive input from American Indian Tribes that share agreements with the city for a name that “commemorates the Indigenous presence on the parkland known as Settler’s Park.”

"The Peoples' Crossing" area is located below the iconic Red Rocks formation in west Boulder. The area is generally thought to be the location where Arapaho Chief Left Hand notified gold seekers that they could not remain on Indigenous land as defined by the 1851 Treaty of Fort Laramie.

Today, trails in the area receive about 98,500 annual visits, making the area one of Open Space and Mountain Parks’ high-use visitation areas. Renaming this area and installing educational and interpretative signage in this historically significant and popular area will help the city to:

The city is planning to collaborate with representatives from American Indian Nations to incorporate Indigenous’ perspectives and stories in future education and interpretation materials in “The Peoples’ Crossing” area. The city encourages community members to take a moment to reflect on the current educational signs in the area. Consider where these accounts came from and how those perspectives cannot tell the whole story.

These American Indian Tribal Nations participated in conversations that guided the City of Boulder in renaming "Settler's Park" to "The Peoples Crossing":

Indigenous Peoples Day Resolution adoption by City Council
In 2016, a community-initiated group – with the assistance of the City of Boulder Human Relations Commission – drafted a permanent resolution commemorating Indigenous Peoples Day. The committee expressed a high level of commitment to two objectives: Focus on the Boulder area and its significance to Native American culture and accurately portray the history of Indigenous interaction with Euro-American settlers, who arrived largely in the 19th century. The resolution states:

For several hours, Tribal Representatives discussed community name suggestions and their own ideas – with one idea generating broad support among Tribal Representatives. The consultation ended with the City of Boulder and Tribal Representatives determining that a joint city-tribal working group – established to also update existing city tribal agreements – would also make a recommendation for commemoration and recognition of Indigenous Peoples and federally recognized American Indian Tribes in the Settler’s Park area.

2019 City-Tribal Working Group
Following the March 2019 consultation, city staff convened a city-Tribal working group, which met several times to discuss updates to agreements the city shares with 13 Tribal Nations. During those conversations, Tribal Representatives agreed to recommend further consideration of the “Settler’s Park” name suggestion that had received support at the 2019 March consultation.

2021 February Update Meeting
While the City of Boulder and Tribal Representatives agreed to meet in March 2020 to continue
conversations from the 2019 consultation, the city postponed the in-person meeting because of COVID-19 public health concerns. On Thursday, Feb. 18, 2021, the city held an informal conference call with Tribal Representatives to hear their preference for formal government-to-government consultations with the City of Boulder. City staff and Tribal Nations agreed to conduct an online consultation in early April 2021 to discuss:

April 2021 City-Tribal Consultation
The beginning of the consultation began with a conversation to finalize a new name for “Settler’s Park.” During those conversations, a Tribal Representative and elder, who previously consulted with the City of Boulder in the 1990s and early 2000s, provided insights that led to collaborative discussions among Tribal Representatives and, ultimately, the name “The Peoples’ Crossing.”

City staff appreciated the opportunity to learn from and listen to Tribal Representatives about what the significance of the name “The Peoples’ Crossing” means to them. This new name represents several important themes discussed during two city-Tribal Nation consultations:

Because of the name’s special meaning to Tribal Representatives and the strong consensus it received among consultation participants, the city decided to use “The Peoples’ Crossing” for its application to rename “Settler’s Park.” The city is currently working on inviting Tribal Representatives – as agreed to at the 2021 consultation – to participate in a working group to help develop permanent education and interpretation materials for the area.

June 3, 2021, City Council Meeting
City staff presented an application to rename "Settler's Park" to "The People's Crossing" to the Boulder City Council. Council members approved the renaming of the area by not asking for a public hearing regarding the city renaming application.