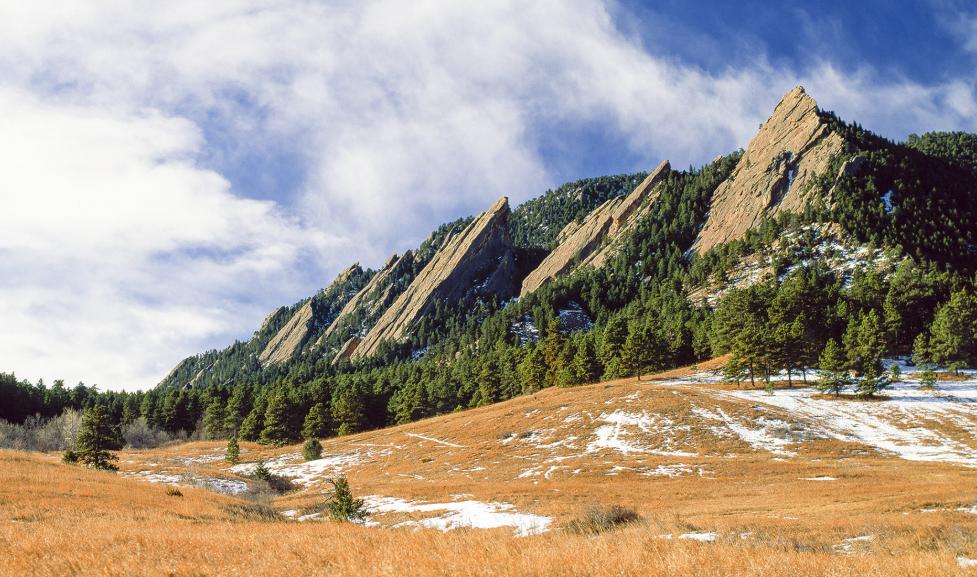 The City of Boulder sought the guidance of American Indian Tribal Nations and the Boulder community to develop a city staff land acknowledgment that:

Staff recognize that this acknowledgment will continue to evolve over time as s city staff and the Boulder community continue to learn about and address the intergenerational trauma caused by the violent colonization of Indigenous lands.

The City of Boulder acknowledges the city is on the ancestral homelands and unceded territory of Indigenous Peoples who have traversed, lived in and stewarded lands in the Boulder Valley since time immemorial. Those Indigenous Nations include the: Di De’i (Apache), Hinono’eiteen (Arapaho), Tsistsistas (Cheyenne), Nʉmʉnʉʉ (Comanche), Kiowa, Čariks i Čariks (Pawnee), Sosonih (Shoshone), Oc'eti S'akowin (Sioux) and Núuchiu (Ute).**

We honor and respect the people of these Nations and their ancestors. We also recognize that Indigenous knowledge, oral histories, and languages handed down through generations have shaped profound cultural and spiritual connections with Boulder-area lands and ecosystems — connections that are sustained and celebrated to this day.

The City of Boulder recognizes that those now living and working on these ancestral lands have a responsibility to acknowledge and address the past. The city refutes past justifications for the colonization of Indigenous lands and acknowledges a legacy of oppression that has caused intergenerational trauma to Indigenous Peoples and families that includes:

We must not only acknowledge our past but work to build a more just future. We are committed to taking action beyond these words. We pledge to use this land acknowledgment to help inspire education and reflection and initiate meaningful action to help support Indigenous Nations, communities and organizations.

We intend to use this acknowledgment when the City of Boulder develops work plans that guide day-to-day work, begins new projects, starts long-term community plans, and recruits and hires staff.

Let this formal acknowledgment – which honors and builds on the city’s Indigenous Peoples Day Resolution (1190) – stand as a critical step in our work to unify Boulder communities, combat prejudice and eliminate discrimination against Indigenous Peoples.

**Names are based on interviews with Tribal Nation Representatives from June 2021 through February 2022. Please note: The appropriate Kiowa Indigenous name has not yet been obtained from Tribal Representatives. Please see references for the city staff land acknowledgement further down the page.

The city recognizes it must take action beyond words. City staff plan to use this acknowledgment to help initiate community-wide work to help support Indigenous Nations and Indigenous communities and organizations in Boulder, including when the city:

Steps to Develop the Acknowledgment

The city appreciates the Human Relations Commission and community members who developed the Indigenous Peoples Day Resolution. Staff has based its land acknowledgment effort on their hard work. With the resolution serving as the foundation for a city acknowledgment, city staff has taken several additional steps to develop a land acknowledgment that included: