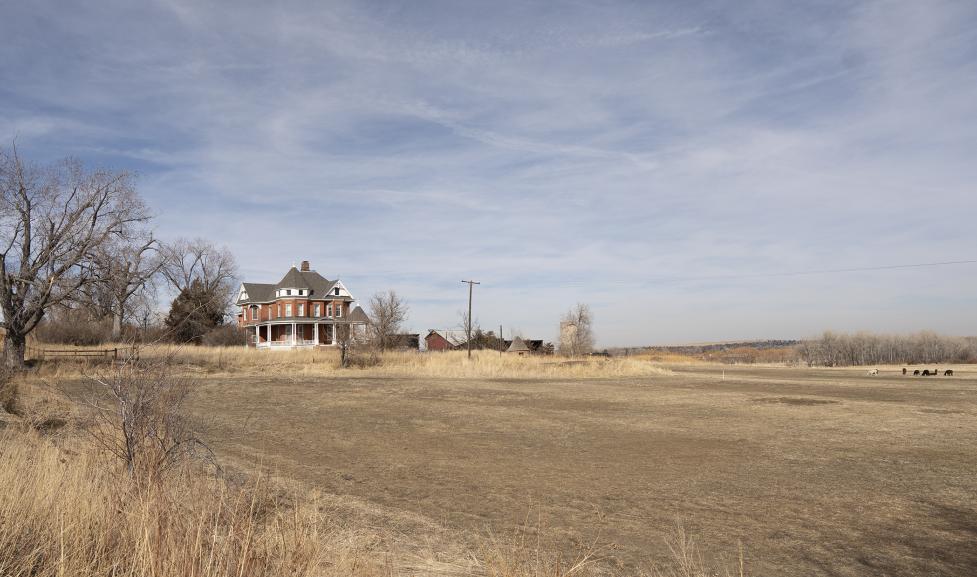 The City of Boulder has begun work to develop a land management plan for its Fort Chambers / Poor Farm property along 63rd Street near Valmont Road. The land – which the city acquired in 2018 and is currently closed to the public – has significant historical, agricultural and ecological values because:

The City of Boulder recognizes there are community members who are highly interested in this project, including American Indian Tribal Nations, agricultural and local food operators, Indigenous communities and organizations, local historic preservationists, and individuals and groups interested in natural and recreational resources.

OSMP has begun work with the Cheyenne and Arapaho Tribes of Oklahoma, the Northern Arapaho Tribe and the Northern Cheyenne Tribe – whose people were massacred at Sand Creek – to help provide the foundation for the overall engagement plan and project schedule.

OSMP is starting its process by listening to and incorporating the feedback and guidance of the Arapaho and Cheyenne peoples in Oklahoma, Montana and Wyoming to understand what types of engagement opportunities would best allow them to participate in this project in partnership with the community.

The city recognizes that the history of Fort Chambers and the marker on or near the property are local legacies of American-European colonization that violently exiled Indigenous Peoples from their homelands and are a direct, local connection to the Sand Creek Massacre. The city also acknowledges that the participation of community members in the massacre has caused intergenerational trauma for Indigenous Peoples and Nations.

The City of Boulder has initiated discussions with the Cheyenne and Arapaho Tribes of Oklahoma, the Northern Arapaho Tribe and the Northern Cheyenne Tribe for this important community project. With the guidance from these Nations – whose people were massacred at Sand Creek on Nov. 29, 1864 – the city seeks to: