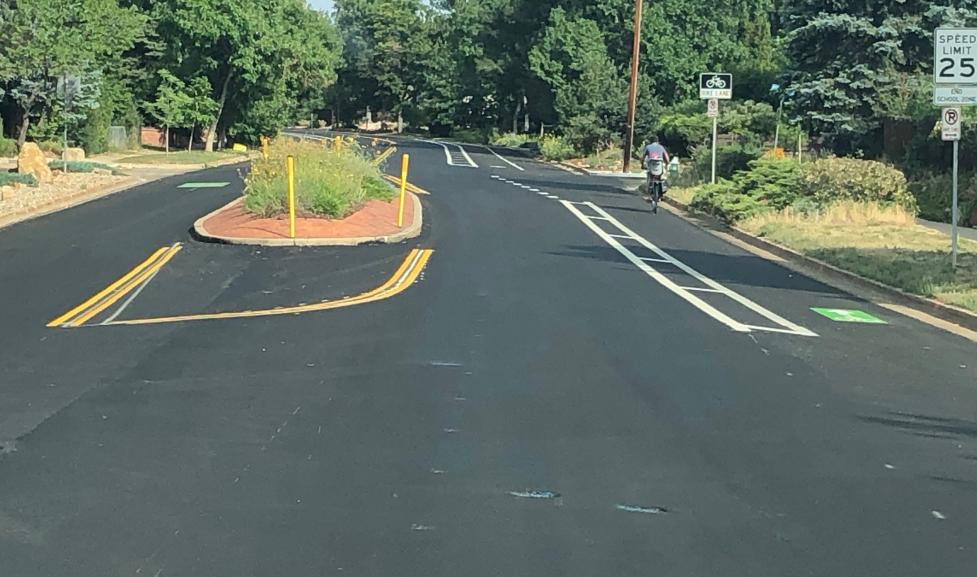 The city's Design and Construction Standards (DCS) and Boulder Revised Code (BRC) include standards governing how transportation infrastructure must be designed and constructed in the public right-of-way.

How are these standards used?

The city is currently updating these standards to better align with current best practices and the city’s vision for a multimodal, connected transportation system, according to the city's Transportation Master Plan and Low-Stress Walk and Bike Network Plan.

City Council will consider approval of these changes in a two-meeting process.

Community engagement in early 2022 included targeted outreach to the public as well as groups that regularly use the DCS and have expressed an interest in the update. This includes the development and engineering community, Community Cycles Advocacy Committee (CCAC), the Colorado Department of Transportation (CDOT), the Regional Transportation District (RTD), and the Transportation Advisory Board (TAB). Project Staff held three separate virtual office hours and presented to CCAC and to the Center for People with Disabilities.

Over a hundred comments on individual elements of the update were received from community members, stakeholders, and advocacy groups. These comments helped the project team clarify terminology and ensured the update was more consistent and precise. Generally, the feedback received was supportive of the proposed changes related to narrower lane widths, minimizing the number of left-turn lanes, and minimizing corner radii. The team was reminded to consider transit needs, build facilities that can be maintained, and focus on pedestrians and people with disabilities. The team also heard several items that were outside the scope of this update but could be included in future phases.

Below are key comments and themes from the input received:

Below are key comments and themes from the input received to date by category:

The proposed changes are designed to respond to community feedback and better align with current best practices and the city’s vision for a multimodal, connected transportation system, as reflected in Boulder’s Transportation Master Plan, Low-Stress Walk and Bike Network Plan and Forestry Strategic Plan.

The current DCS was adopted in 1998 and updated in 2000 to prescribe minimum standards to be used in the design and construction of public infrastructure located in public right-of-way and easements in the city of Boulder, as well as private transportation improvements that connect or impact public infrastructure. The DCS is enacted through the BRC and changes are adopted by City Council with recommendations from appropriate boards, such as TAB and Planning Board.