It is likely that a portion of the Fort Chambers / Poor Farm property was the location of Fort Chambers, a fort constructed in 1864. From Aug. 28 to Sept. 16, 1864, more than 100 Boulder County men trained and mobilized into Company D of the Third Colorado Cavalry at Fort Chambers. Company D – which included 46 Boulder men and prominent Boulder County residents – later participated in the barbaric massacre of peaceful Tsistsistas (Cheyenne) and Hinono’eino’ (Arapaho) at Sand Creek on Nov. 29, 1864.

Among those killed in the massacre were women, children, elders and chiefs, including Hinono’ei neecee ("Arapaho Chief") Nowoo3 (“Niwot," "Lefthand") and Tsistasistas Chief White Antelope. Despite having participated in horrific atrocities, members of Company D received a heroes' welcome upon their return home. One of the earliest and most detailed histories of the Boulder Valley said that Boulder County residents played a "prominent part" in the massacre.

A Local Legacy of Violent Colonization

The city recognizes that the history of Fort Chambers and the marker on or near the property are local legacies of American-European colonization that violently exiled Indigenous Peoples from their homelands and are a direct, local connection to the Sand Creek Massacre. The city also acknowledges that the participation of community members in the massacre has caused intergenerational trauma for Indigenous Peoples and Nations.

The City of Boulder has initiated discussions with the Cheyenne and Arapaho Tribes of Oklahoma, the Northern Arapaho Tribe and the Northern Cheyenne Tribe for this important community project. With the guidance from these Nations – whose people were massacred at Sand Creek on Nov. 29, 1864 – the city seeks to: 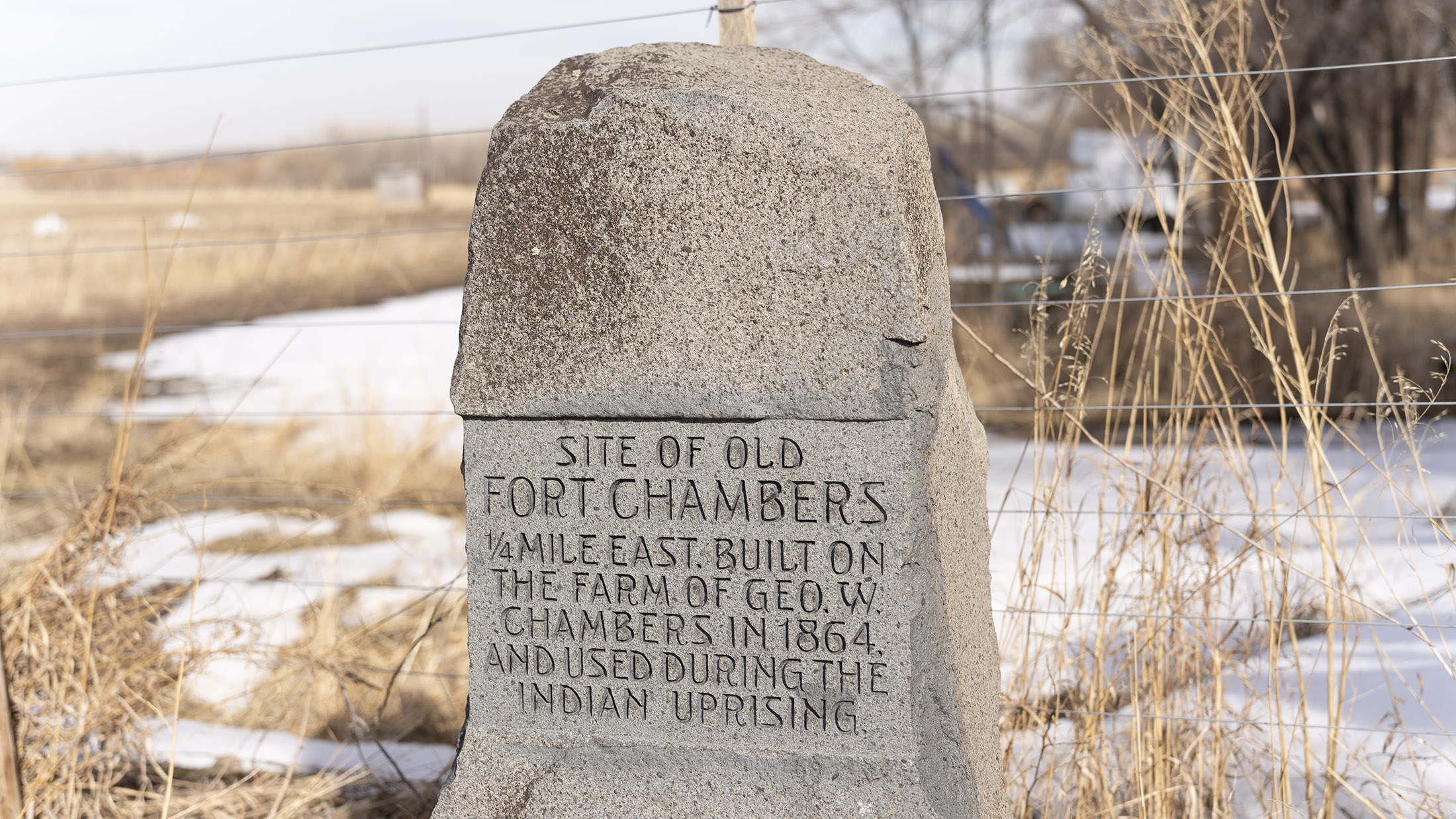 The City of Boulder would like to work with Tribal Nations to reinterpret a marker on the property to accurately describe Boulder residents and the fort's role in the Sand Creek Massacre.

The Disintegration of the Fort

Historical sources indicate Fort Chambers – which was made of sod or adobe – was allowed to disintegrate. A former owner of the property said the fort's walls were discernable in 1920 and that he later pulled up gate posts from the fort and gave them to a local museum. Those posts were later destroyed in a fire.