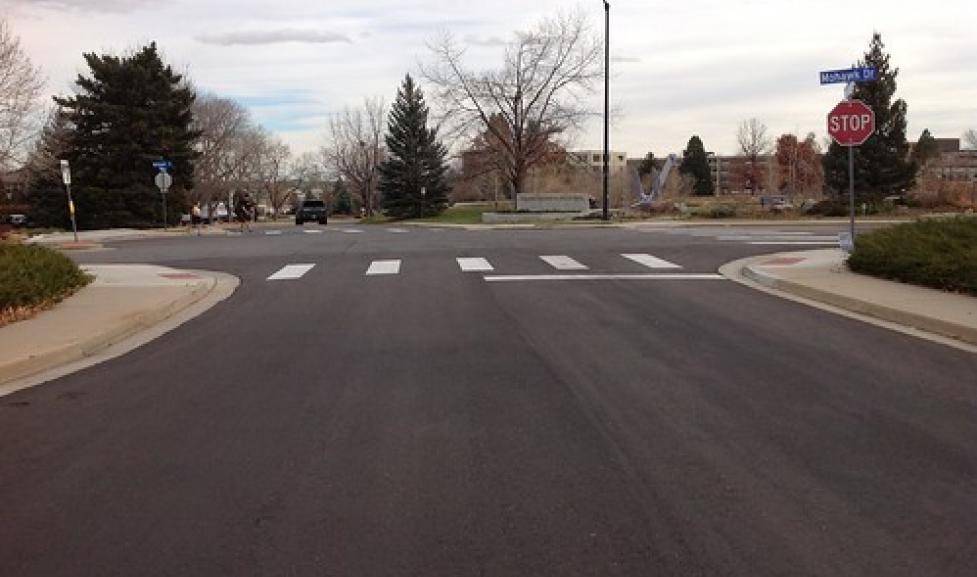 Please note - this map is subject to change.

View the 2021 Resurfacing Map PDF to see where pavement resurfacing work is taking place this year.

For information about parking restrictions or other impacts during resurfacing, visit boulderconezones.net. Note: resurfacing schedules are subject to change due to weather impacts and contractor availability. Please watch no-parking signs on-site for up-to-date information.

Cracks in the pavement are sealed to prevent moisture from entering the base and sub-base of a roadway, reducing pavement failures and potholes and extending the pavement life.

Asphalt rejuvenation is used on streets to restore the original pavement properties that degrade over time by oxidation and weathering. The rejuvenation process happens in three steps:

The city has contracted with Pavement Restoration to conduct asphalt rejuvenation within the city.

In response to questions from the community regarding the asphalt rejuvenation program, staff will be providing more advanced notice and additional signage before future treatments begin.

The roadway is milled and then resurfaced with two inches or more of new asphalt.

Asphalt resurfacing or overlays are used on higher-volume roads or lower-volume streets that have deteriorated to a point that a chip seal or other pavement preservation treatments are no longer effective. An overlay typically requires some level of removing the existing surface by grinding, either along the edge or the full width of the street, depending on the condition of the street.

The overlay process at times may include a phase to remove and patch some areas of the street that have extensive wear or damage beyond the surface of the pavement. The existing asphalt pavement and subgrade are removed from the roadway and then reconstructed with six to eight inches of new asphalt pavement.

Chip seal is a surface application used to prolong the life of an existing street by applying a liquid asphalt membrane binder (“seal”) and a layer of small crushed stone (“chip”) over the existing street surface. Chip seal typically extends the useful life of the existing pavement by eight to 12 years and is typically used on residential or lower-volume streets.

Streets that receive a chip seal typically require asphalt, curb and gutter repair in preparation for the actual chip seal application. The chip seal process does not significantly affect traffic but does require that parking be removed from the street while the work is being completed. The chip seal process typically takes two to three days. Typically, one to two days later, a thin layer of liquid asphalt “fog coat” is applied on top of the stone chips to provide further sealing of the pavement. The final step is sweeping the streets to remove any remaining chips that have come loose during the process.

The existing pavement and sub-grade are removed and the roadway is reconstructed with six to eight inches of new asphalt. 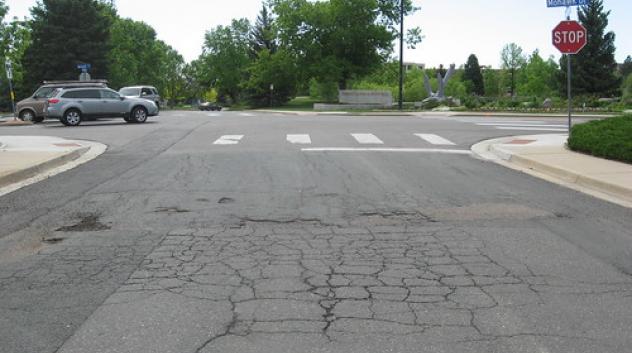 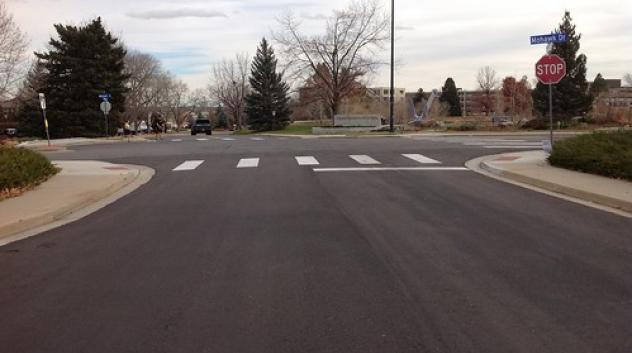 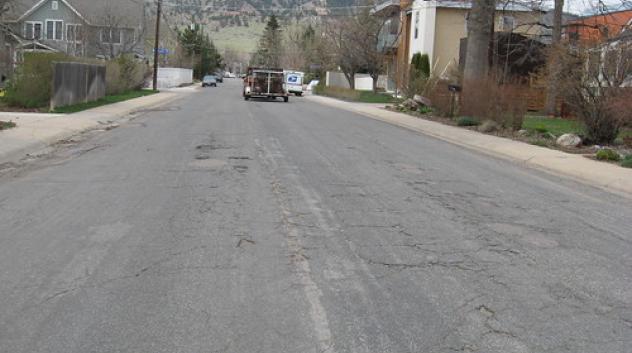 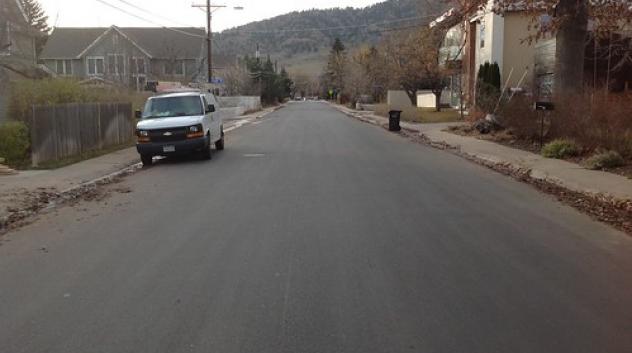 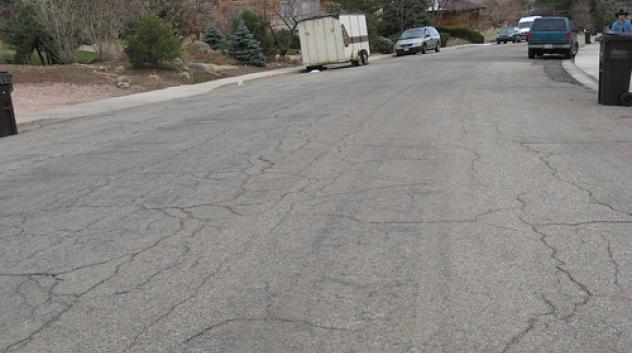 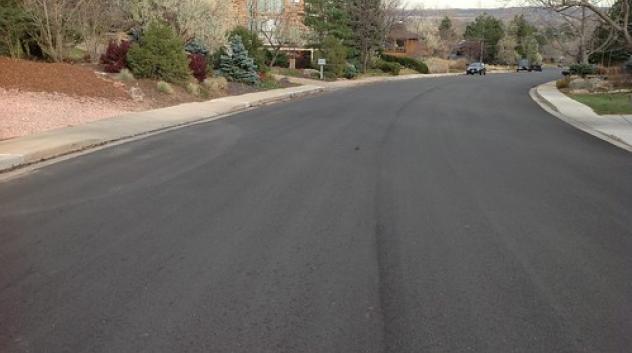 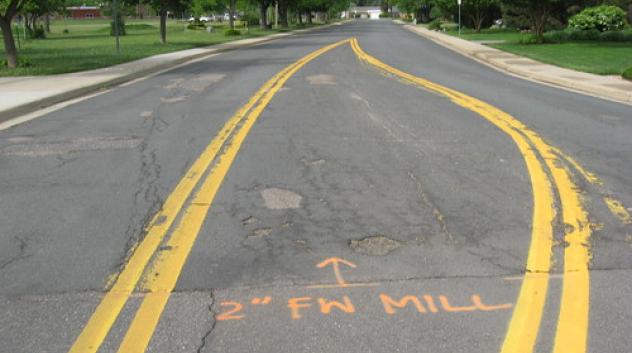 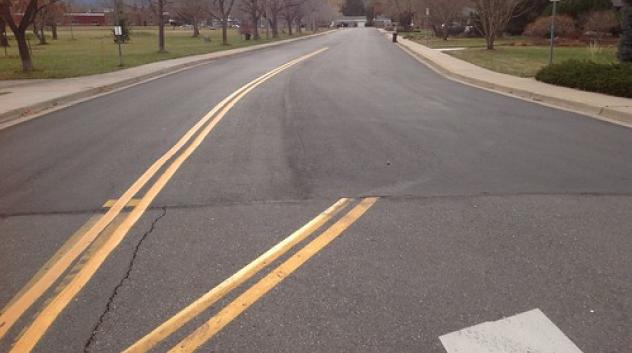 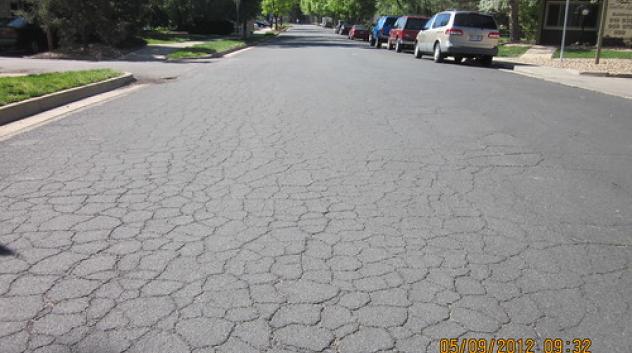 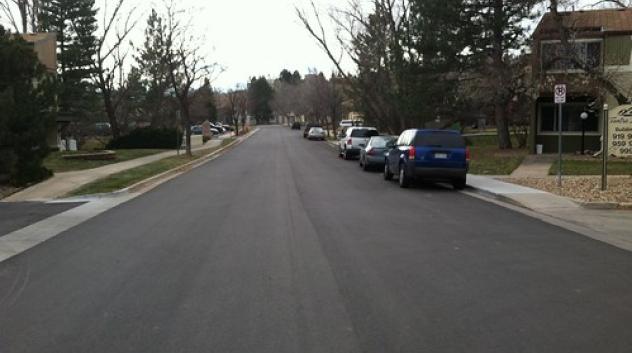 The city has established a Pavement Management Program (PMP) for Boulder’s 300-mile street system, which includes inspecting and rating all streets on a three-year interval to maintain awareness of existing conditions and guide where pavement repairs will be made in future years.

From spring through fall, prioritized streets receive different types of pavement treatments, depending on the current condition of the street. See below for more information on the types of maintenance the city uses. Depending on the street, new road striping may be completed, too.